Miley Cyrus Embraces Her Deep Voice, Despite Being Told She Sounds ‘Like a Man'

Miley Cyrus is proud of her deep voice, even if some haters like to critique it.

The singer gets candid about her vocal journey in a new Q&A with Interview Magazine which features racy (and not kid-appropriate) photos to boot. She says that she's feeling more confident than ever in her singing abilities.

"My whole life, whether in vocal training or just continuing to hone my craft, it’s always been about, 'Why do you sound like a man? Where’s your f------ falsetto, b----? Why can’t you sing the high octave of ‘Party in the U.S.A.’ anymore?'" she explained.

The 28-year-old collaborates with Metallica on a cover of the band's 1991 song "Nothing Else Matters" and she told the band's drummer Lars Ulrich, who conducted the interview, that she's learned to embrace her unique voice over the years.

"In this song, I get to sing in that low register, and I get to live in that authentic, genuine sound. My voice is how I represent myself. It’s how I express myself. I’ve worked with so many people who tell me, 'We’re going to have to bring in a singer to hit those high parts,'" she said.

Cyrus went on to explain that the term "falsetto" is derived from the Latin word "falsus," which references the period of time when a boy goes through puberty and also means "false." 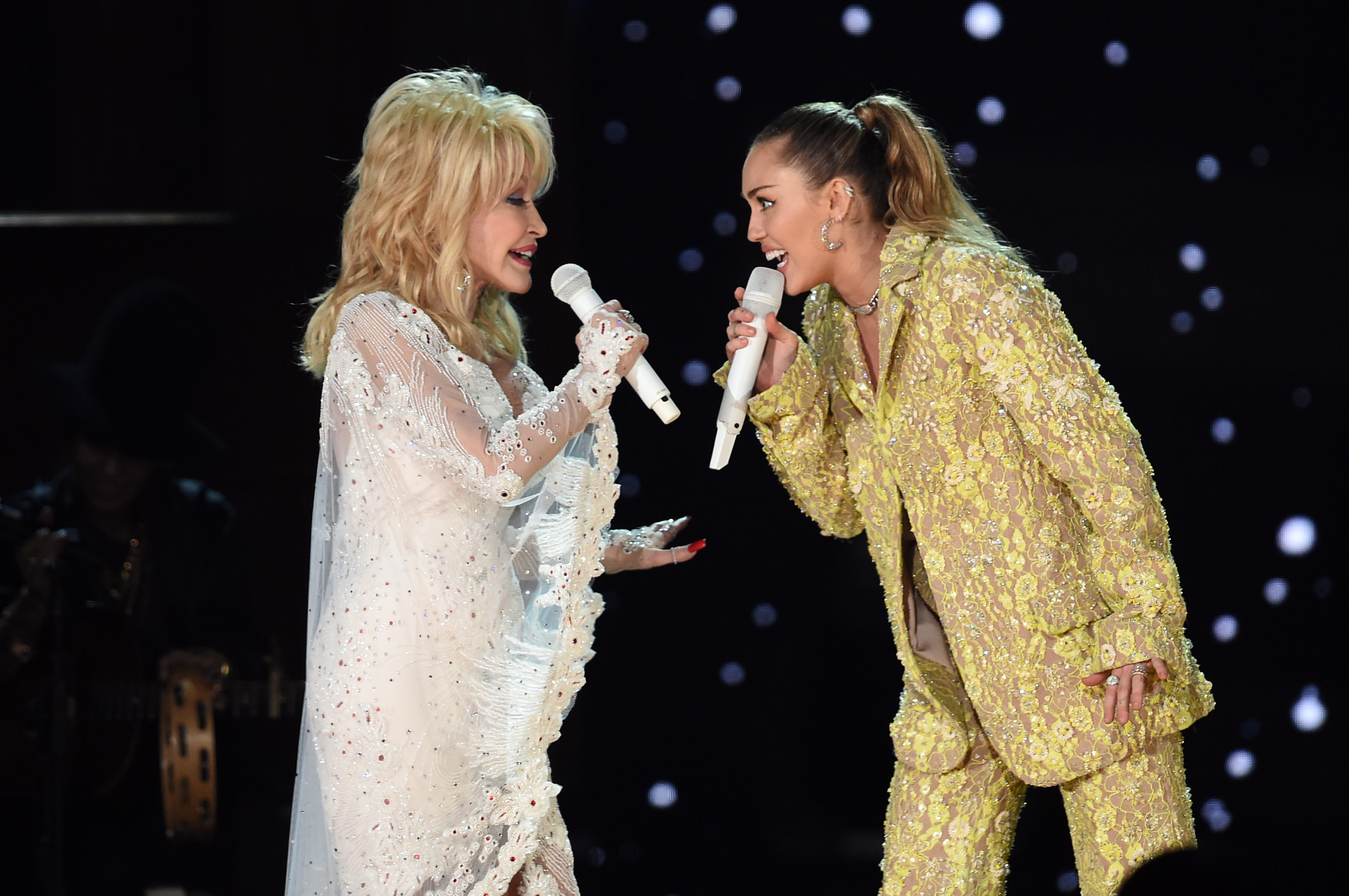 "I don’t have a false voice," she continued. "I was honored by the fact that I didn’t have to sing this song in the way that females are 'supposed' to sing. You can hear that at the end of the song, when I take the gloves off and just start flying. That part of the song really grabs people. It’s that lower register of my voice. So I’m grateful to have a song where I can lean into that."

Cyrus said she connects deeply with the song "Nothing Else Matters" and told Ulrich that she feels so grateful that the band allowed her to cover it.

"It feels like it was written for me, and it was something that I was able to make my own. And now, my fans have that connection to it as well. That’s what happened when I covered 'Jolene,' too. That’s another perfect song," she said.

Sweet niblets! Miley Cyrus is remembering her iconic role on “Hannah Montana” on the show’s 15th anniversary. The 28-year-old took to Instagram to share a letter written on “Hannah Montana” stationary captioning the post, “Dear @HannahMontana, I still love you 15 years later. #HMForever.” The show’s Instagram account reposted the letter writing, “Nice to hear from you @mileycyrus. It’s only been a decade.”

Cyrus and Ulrich also spoke about what it's like to be back on the road touring after an extended hiatus during the pandemic and the singer recalled her experience performing at the Lollapalooza music festival over the summer.

Once she got back on stage, the pop star said she felt calm and in a sense, right at home.

"Weirdly, this peace came over me. After the chaos of the last year, it was almost like, 'This is it? This is what I’m going to feel?'" she said.