Louie Anderson, whose four-decade career as a comedian and actor included his unlikely, Emmy-winning performance as a mom to twin adult sons in the TV series “Baskets,” died Friday. He was 68.

Anderson died at a hospital in Las Vegas of complications from cancer, said Glenn Schwartz, his longtime publicist. Anderson had a type of non-Hodgkin lymphoma, Schwartz said previously.

The portly, round-faced Anderson used his girth and a checkered childhood in Saint Paul, Minnesota, as fodder for his early stand-up routines. 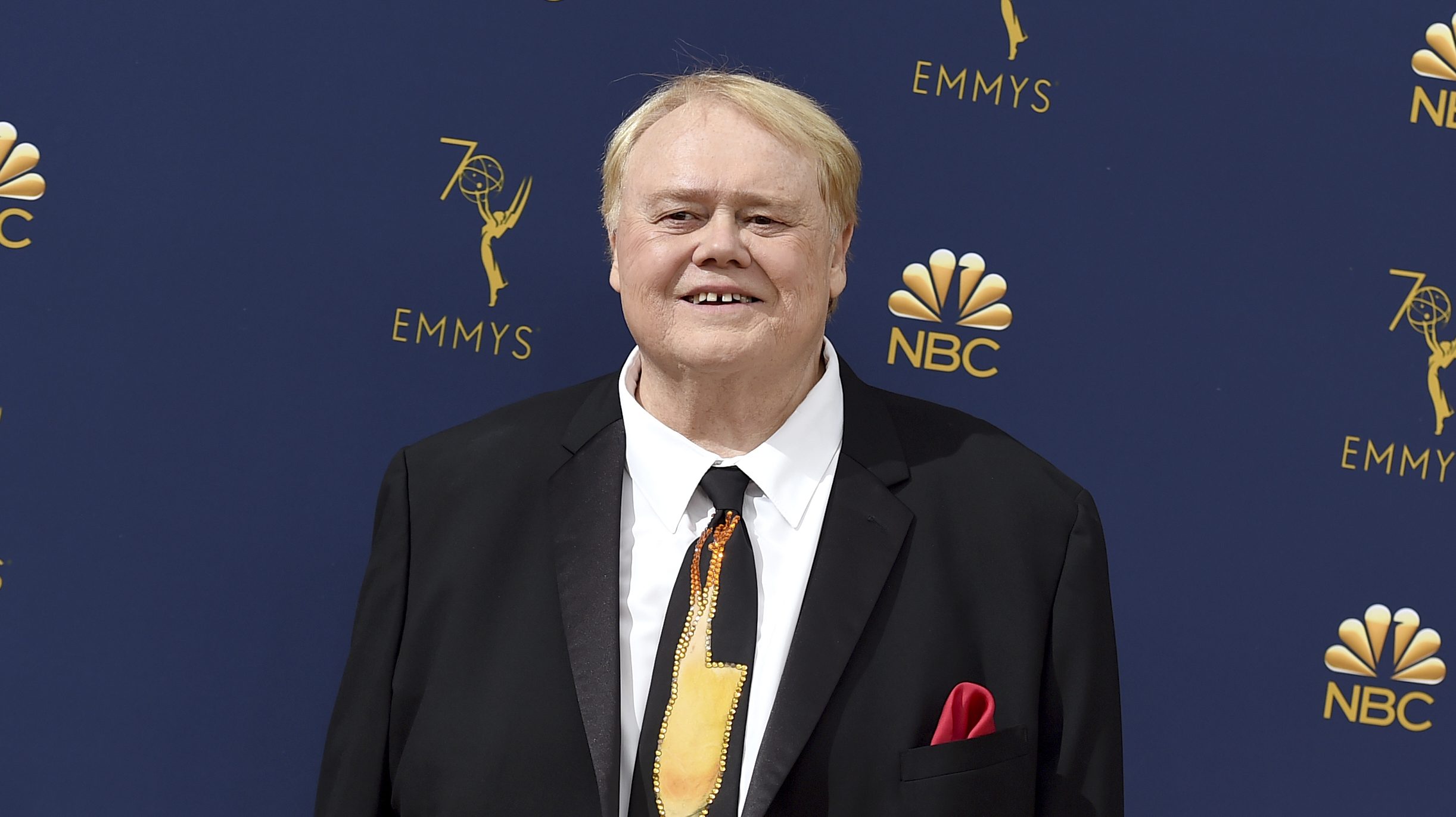 Meat Loaf, Rocker and ‘Bat Out of Hell' Singer, Dies at 74

In later years, his life as one of 11 children in a family headed by a troubled father and devoted mother became a source of reflection and inspiration for Anderson, both in his screen work and in his best-selling books.

In 2016, he won a best supporting actor Emmy for his portrayal of Christine Baskets, mother to twins played by Zach Galifianakis, in the FX series “Baskets.” Anderson, who received three consecutive Emmy nods for the role, credited his mom with elements of the character.

He was a familiar face elsewhere on TV, including as host of a revival of the game show “Family Feud” from 1999 to 2002, and on comedy specials and in frequent late-night talk show appearances.

Anderson voiced an animated version of himself as a kid in “Life With Louie.” He created the cartoon series, which first aired in prime time in late 1994 before moving to Saturday morning for its 1995-98 run. Anderson won two Daytime Emmy Awards for the role.

He made guest appearances in several TV series, including “Scrubs” and “Touched by an Angel,” and was on the big screen in 1988′s “Coming to America” and in last year’s sequel to the Eddie Murphy comedy. Anderson also toured regularly with his stand-up act.

Anderson's early jobs included counseling troubled children. He changed course after winning a 1981 Midwest comedy competition, where he was spotted by veteran comic Henny Youngman, who was the contest's host, according to Schwartz.

Anderson worked as a writer for Youngman and then gained onstage experience while crisscrossing the United States. His big break came in 1984 when Johnny Carson, known for showcasing rising comedians on “The Tonight Show,” brought him on to perform.

His books included “Dear Dad – Letters From An Adult Child, ” a collection of letters from Anderson to his late father; “Good-bye Jumbo… Hello Cruel World,” a self-help book, and “The F Word, How To Survive Your Family.”

His book, “Hey Mom,” published in 2018, was a tribute to the wisdom imparted by his mother and a how-to tips on facing life's challenges.