A group of frontline employees and union leaders at the Washington DC VA Medical Center said the agency is not ensuring workers potentially exposed to COVID-19 are given work leave to prevent the further spread of the virus.

In a series of interviews with the News4 I-Team, the employees described incidents in which they came in proximity to colleagues who have tested positive for the virus but after which, they said, they were denied immediate testing or paid leave.

The complaints are part of a growing wave of COVID-19-related issues raised by union workers at federal agencies nationwide. The incidents also underscore a balancing at federal government hospitals, where managers must oversee the treatment of COVID-19 patients, the safety of staff and the need to maintain sufficient staffing levels.

The medical center has had at least 66 employees test positive for COVID-19, according to agency records. Approximately 3,600 VA workers have tested positive nationwide.

The employees spoke with the News4 I-Team under the condition of anonymity because they are not authorized to speak with media. One of the employees, a military veteran who has worked at the DC VA Medical Center for several years, said the hospital declined his request for a COVID-19 test at the medical center after a colleague in his department tested positive. The employee told the I-Team he was told to continue showing up for work, even as he sought out and waited the results of a COVID-19 from his own personal doctor.

Though he tested negative, the employee said he feared he was exposing others while awaiting his results.

The employee said his managers initially declined his requests to work from home, after the first series of employees tested positive for the virus before approving telework weeks later. 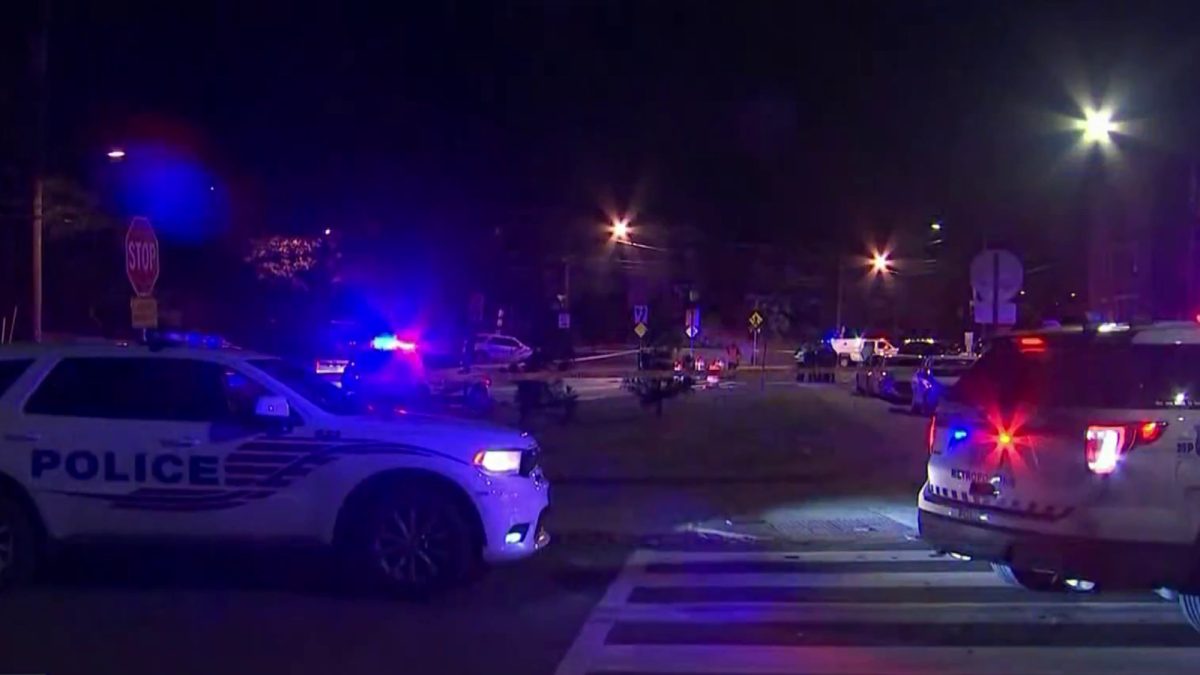 “I’m afraid,” he said. “I’m 63 years old, I have diabetes and I’m concerned about working in that hospital.”

A second employee told the I-Team his request for sick leave was initially rejected even after he showed symptoms of a low-grade fever in late March. He continued to work for at least a full day before getting a COVID-19 test, he said. The worker, a member of the local American Federation of Government Employees (AFGE) union, said he eventually tested positive and spent six weeks recuperating from severe symptoms.

“I worry I gave to others while I worked, waiting for my test,” he said.

A third employee said he was told by a supervisor to continue working after possible exposure to a sick colleague because he had run out of sick and vacation time. He said he was told he would be considered AWOL, absent without leave, if he failed to show. AWOL is formally classified as employee misconduct at the U.S. Department of Veterans Affairs. The employee told the I-Team, “I did get a test done but I had to stay at work and wait for the results.”

Though he eventually tested negative, his colleague who worked in his department and in close proximity, tested positive and suffered severe symptoms, according to multiple employees who spoke with the I-Team.

In April, a hospital addiction rehabilitation specialist died of complications from COVID-19 weeks after testing positive for the virus. His family said Calvin Richardson suspected he’d fallen ill but was ordered back to work approximately one week after suffering symptoms.

Richardson's mother said her son requested to use vacation leave at the outset of the pandemic because he suffered pre-existing health conditions that put him at risk of a bad outcome from coronavirus.

Stanley Snow, president of AFGE Local 2798, said the medical center has improved its efforts to provide in-house COVID-19 testing for employees. But Snow said the agency is requiring some employees to take unpaid leave to remain home if they fear they have been exposed, if those employees do not have sufficient sick time or vacation time. Snow said the prospect of unpaid leave convinces some workers to come to the hospital even if they are feeling sick or possible COVID-19 symptoms.

“They are denied leave, so they come to work,” Snow said.

A spokeswoman for the national headquarters of the AFGE said the union is receiving similar complaints and filing formal grievances at other VA medical centers and other federal agencies. She said employees are entitled to multiple forms of paid leave, including two additional weeks of paid leave recently approved in a Congressional COVID-19 relief bill that was signed into law. But she said employees often must get formal approval from medical center supervisors or an in-house physician to receive the paid leave.

At least four employees who spoke with the I-Team said they sought but were denied approval for testing or leave by DC VA Medical Center officials.

Washington DC VA Medical Center Director Michael Heimall said the hospital offers quick turnaround COVID-19 testing for employees inside the hospital with results often provided within a day. Heimall said the testing helps reduce the risk of COVID-19 positive employees remaining on the job. He said the agency has also significantly increased the number of employees approved for telework.

“If we have an employee with a known exposure to someone who is COVID-19 positive, then we are going to test them if they request testing,” Heimall said.

“Our supervisors are balancing,” he said, “(including) the risk to our staff as well as the mission and the responsibility to the veterans we care for. And that doesn’t necessarily align with every individual employee’s desire on how to do their job.”

“Currently, 40 percent of the Washington DC VA Medical Center staff is teleworking,” a hospital spokeswoman said. “As part of our Moving Forward plan to gradually resume services which were postponed due to the pandemic, some employees are being directed to return to work. We are currently conducting a formal Human Resources assessment to identify all positions which can be coded at 100 percent telework or intermittent telework.”

Heimall said the risk of COVID-19 spread among workers at the VA is no greater than the risk to employees at private hospitals.

“No matter what your role is, there’s some inherent risk to what you’re doing,” he said.