War of words is just the tip of the iceberg

Sports fans, and not just those of the NHL variety, are enthralled by Alex Ovechkin because he can score, he can dazzle, and he can hit. He'll just as soon throw a behind-the-back pass off the boards to himself as he'll go after another in his way.

Hockey is a rough sport, but it's also graceful. Unfortunately, the face of the league in Pittsburgh is not too thrilled with having to deal with the physical aspect and claims that Ovie recklessly tries to maim the opposition.

When asked about the Great Eight's celebratory antics, Crosby said, "I don't like it personally." 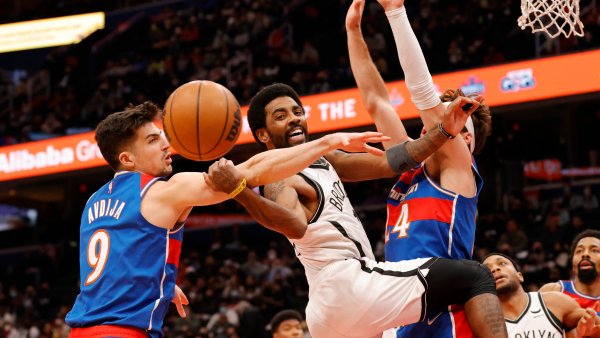 With Rotation in Flux, Wizards Fall in Thriller to Brooklyn Nets

Crosby's attempt to take the high road with matter-of-fact, "that's just the way it is" follow-up comments is certainly admirable. But he also knows it's a long season and to wisely pick his fights as "size is not on his side" when going toe-to-toe with Ovie the Great.

But reading between the lines, the one they call Sid the Kid is questioning the very reason why Alex Ovechkin plays hockey: passion.

Ovie celebrates not to rub it in the opponent's face, rather because he's earnest. When most NFL players are more concerned with a solo act, there Ovechkin is, in the midst of a cheerful fray of teammates, whether he's scored or not.

When Ovechkin gets in Crosby's face, it's to intimidate and gain an advantage. Get the opposition on their heels by making your presence on the ice felt.

You play to win the game and everything that Ovechkin does on the ice goes toward that ultimate goal of coming out on top. Don't blame the Russian if the children of Pittsburgh have a problem with that.