(Ed. Note: Please join James Mirtle From the Rink and me at 1 p.m. EST for a massive Stanley Cup playoffs live chat, in which James promises to shank me for picking the Blues over the Canucks.)

Consensus sucks, but you can sense it's building around these Stanley Cup playoffs.

The Boston Bruins are the heavy favorites from the East. Those that aren't picking the San Jose Sharks to advance from the West are picking the Detroit Red Wings. Pretty much the only "upset" that's being bandied about is the Carolina Hurricanes over the New Jersey Devils, and that bandwagon is so crowded that calling it an upset is a stretch. 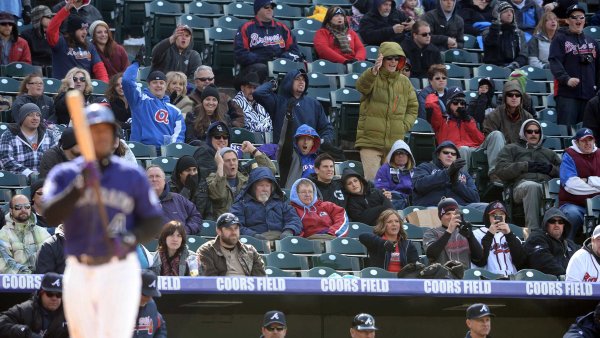 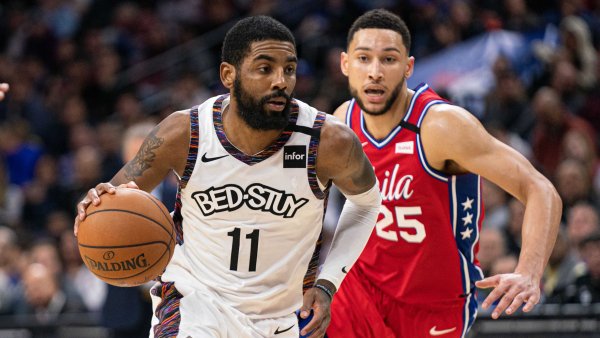 Thanks not to say that the Puck Daddy staff, contributors and guest experts are in complete agreement. Coming up, our picks for the opening round, the Stanley Cup finals and the eventual champions. And make sure you check out the Y! Sports Playoffs Page for much, much coverage.

I still feel that either the Sharks or Red Wings aren't making it out of Round One alive, but I just don't have the stones to pick against them. Detroit's a little more vulnerable because the Blue Jackets are a playoff newbie with a lights-out goalie. But if you can honestly pick against Nicklas Lidstrom defending the Nash line for 25 minutes a night, you're a braver prognosticator than I.

So we'll get Alexander Ovechkin vs. Sidney Crosby in the second round, which will be the biggest crossover hockey series in mainstream sports media since the 1994 Stanley Cup finals. Neither of them is getting past the Bruins, who should roll to the finals if Tim Thomas plays as he did in the regular season rather than as he did in Game 7 of last postseason.

As I said yesterday: The Blues are a combination of Chris Mason appreciation and gut feeling. I already want to edit that Chicago/Calgary series down to four or five games. If the chalk holds in the West, then we'll have a Detroit/Chicago series that, in a perfect world, would feature Chris Chelios against a cloned younger version of himself wearing the Indian head. ("Jurassic Park" has been on way too much on HBO lately.)

So it's the Sharks and Bruins for the Cup, the first time since 2001 that the two top seeds face off in the final. Much like the world wept when the Rangers' victory 15 years ago stole the "1940" chant from us, it will weep again when the Sharks take the time-honored "choker" jokes away from us. Congrats, jerks.

I think this is finally the year San Jose defies the critics and lives up to expectations. They are loaded on all fronts ... Patrick Marleau is having a spectacular rebound season and Devin Setoguchi and Joe Pavelski are two underrated stars. The NHL playoffs are all about the hot goaltender; and if Evgeni Nabokov gets on a ridiculous hot streak, then all bets are off.

The playoffs this year are going to be very intriguing to watch. With teams like Columbus and St. Louis as underdogs who will get a lot of support, it'll be interesting to see how those two clubs perform. The Blue Jackets are under an incredible amount of pressure to not turn into the '06-07 Atlanta Thrashers while the Blues have been playing so well of late, they won't just be happen to be in the playoffs; they'll want to make some noise.

The Bruins came out of what one might call a "slump" just in time for a good run in the playoffs. The Bruins are a balanced team with great defense and a tandem of excellent goaltenders. Defense wins Cups? I certainly think so. Chara, Hnidy, Ward... Boston 's defense is impressive. With the likes of Savard, Kessel, Krejci the Bruins have the right guys up front to score. Let's not forget Lucic who will also provide a ton of grit. The Bruins fans will also be there in full voice to be that sixth guy on the ice that is very important with the home ice advantage should any of the Bruins' series to go to 7 games.

If the Detroit Red Wings survive Steve Mason's expected heroics in goal, they should be able to go the distance. The most important concern for Detroit is obviously goaltending.  But the team has the right characters to provide adequate support in defense and score those vital goals. Look out for more magic from Datsyuk and Zetterberg with Holmstrom working tirelessly screening goaltenders. You cannot buy experience. And the Red Wings have that with a few guys on the roster who have won the Cup more than once.

The Two-Line Pass, "What We Learned" Columnist

I'm really breaking new ground with these picks, I know. The two best regular-season teams in the Stanley Cup finals. Wow. Way to go out on a limb. But there are a lot of question marks about every other team. Like five teams are riding insane post-deadline hot streaks, another couple have questionable goaltending, a few more have little to no experience in the postseason.

But I have no questions about the Sharks and Bruins. They're deep everywhere and have excellent goaltending. But the Bruins will win because Playoff Joe Thornton is not on their team. (And yeah, I picked my favorite team to get swept, and this post was transcribed while I was curled in the fetal position on my bathroom floor.)

Boston in five.
Washington in six.
Carolina in six.
Pittsburgh in five.

San Jose in five.
Detroit in five.
Vancouver in seven.
Calgary in seven.

Justification: Zero risk, minor reward. Fifteen minutes after this is posted, five or six comments will point out how amazing it is that an "expert" could be "paid" to write this nonsense, and then six minutes later it will all be forgotten. In the odd event Calgary wins the west, this non-expert will be able to claim some prophecy. If not, I'll be fishing anyway.

Those are your safe bets this season.

For Gary Bettman, last year was Christmas, Birthday, Halloween, and a Men's Warehouse Sidewalk Sale all rolled into one. Just think about what transpired: the venerable Detroit Red Wings, an Original Six (and American!) franchise versus Hockey Jesus and his Steeltown Disciples in the Stanley Cup Finals!  What a glorious end to an entertaining season. (ESPN almost acknowledged it!)  This year, many a large-market team has punched a postseason ticket. The odds of a major matchup are strong. Could lightning strike twice?

No. (Upon checking the final standings, it is apparent that Lightning rarely struck once this year.)

So in what amounts to be a karma-laden bitch slap, the pendulum will swing violently back in the other direction, sweeping the legs of our Brave Commissioner in the process. Expect a Category 5 Ratings Crusher come June. In the East, you'll get the New Jersey Devils, whose brand of timely scoring and rock-solid defense will put Carolina, Washington and Boston to sleep. Representing the West, another (gasp!) Pacific Division champion in the San Jose Sharks. Hockey fans will enjoy a seven-game series pitting these two against one another. The rest of the world, however, will write more articles about where LeBron James may or may not sign more than a year from now. Sigh.

Massholes unite over another Boston playoff win. Bruins in 5.

Should be a good series, but the combined firepower of Alexander Ovechkin, Alexander Semin and Mike Greene will be too much for Henirik Lundqvist. Upside for the Rangers? Free tours of the Vogue offices from soon-to-be second-year intern Sean Avery. Capitals in 6.

Martin Brodeur, rejuvenated by the weight of the playoffs, will give the Devils a fighting chance, but his one-man show won't be enough.  'Canes get the upset. Carolina in 6.

Pittsburgh finished stronger than Philly, but I think the Flyers will bring it when it counts. Philly gets the upset, Crosby lovers everywhere blame Wysh. Philadelphia in 7.

The Sharks are incredibly deep, impossibly talented, and have a chip on their shoulder as their postseason chokes are turning them into the Chicago Cubs of hockey. In the battle between fish and fowl, fish will swim away with the win. Sharks in 5.

The Blue Jackets make the playoffs for the first time ever...only to have to face the defending champion Red Wings. That's like getting invited into the VIP room of a strip club only to find your girlfriend working it. Red Wings in 7.

The Canucks have a monopoly on high-scoring twins (Daniel and Henrik Sedin) and a streaky but potentially deadly goalie in Roberto Luongo. It'll be a battle, but the improbable Blues run will continue. Blues in 6.

Home ice will be huge for the Blackhawks, whose rabid fans helped them lead the league in attendance all year. It's been too many years since this once great Original Six team was in the playoffs-they'll make sure to stick around now that they're back. Blackhawks in 4.

Oh what a glorious Original Six matchup!  Massholes vs. Superfans. Conspicuously absent consonants vs. painfully butchered pronunciations of the letter "A."  Boston's goaltending will be tough to beat, but the young Hawks will be the first of Chicago's sports teams to get back to the promised land.  Stanley Cup Champions: Blackhawks in six. (Yeah I'm a homer. Suck it!)