The ongoing beef between former Philadelphia Eagles stars Donovan McNabb and Terrell Owens is well documented, and it doesn't look like it's going away any time soon. 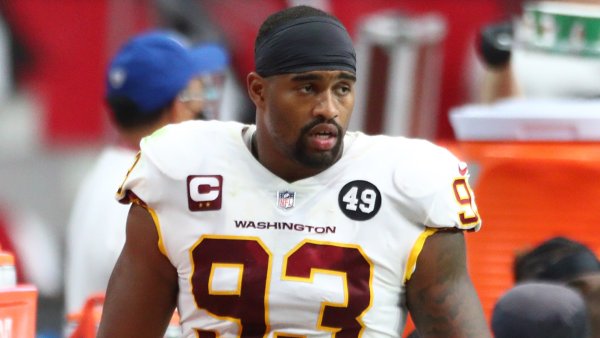 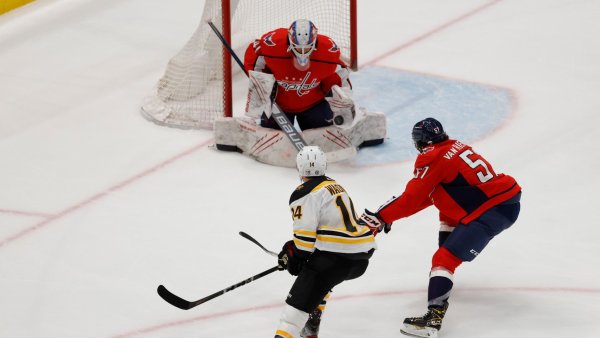 On Wednesday, Owens joined Bleacher Report's Master Tesfatsion on his popular show, Untold Stories, and was asked about the relationship between him and his former quarterback. McNabb was a guest on the show in January and told Tesfatsion the two weren't on talking terms.

Throughout the 10-minute segment, Owens took multiple shots at McNabb, but perhaps the final zinger about the quarterback's time in Washington hit home the most.

"He's supposed to be the great quarterback or one of the top quarterbacks in the league in his mind," Owens said. "You can't go to Washington and not beat out Rex Grossman."

The wideout is, of course, referring to when McNabb was traded from the Eagles to Washington in 2010, only to significantly disappoint. McNabb started 13 games for Washington that season, winning only five of them before he was benched for Grossman, someone not nearly as talented as him.

McNabb, who signed a five-year, $78 million extension with Washington, was traded the following July to Minnesota. The QB would only play one more year in the NFL before retiring.

Owens explained earlier in the interview that his relationship with McNabb truly soured during his contract dispute with Philadelphia following the 2004 season. The Hall of Fame wide receiver was upset that McNabb was vocal in advocating for a contract extension for running back Brian Westbrook but was "the exact opposite" when it came to Owens.

The wide receiver also mentioned that he felt McNabb didn't want to give him credit for making him a better quarterback. Leading up to the Super Bowl in February 2005, McNabb said that Philadelphia "didn't need" Owens to beat the Patriots, despite the fact that he was clearly the team's best offensive weapon.

Owens ended up playing in the Super Bowl on a severely sprained ankle, yet still hauled in nine catches for 122 yards in the loss.

"I'm in the Hall of Fame for what I've done and for what I've accomplished," Owens said. "I appreciate the opportunity to have played with him. But like I said, check my stats before I got there and when I left."

Owens also said that McNabb had been out drinking the night before the Super Bowl, and that the quarterback was hungover in the game. The wideout also addressed the rumor that McNabb was throwing up in the huddle, saying he didn't see it himself but multiple teammates did. McNabb denied it happened in his January interview.

Perhaps the part of the interview that best describes Owens' current relationship with McNabb, and was also the most damning part of the segment, was when he was asked whether the quarterback deserved to be in the Hall of Fame.