Bradley Beal has led the NBA in scoring for much of this season, but he finally lost his hold on the top spot of the NBA leaderboards Monday when Golden State Warriors guard Steph Curry dropped 49 points to overtake him by 0.3 points. 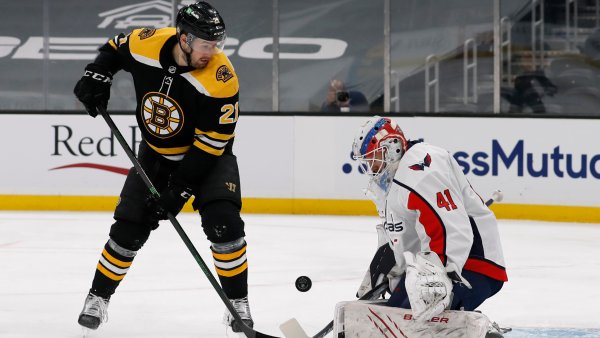 Curry boosted his scoring average to 31.4 points per game with the performance as Golden State upset the Philadelphia 76ers 107-96. Meanwhile, Beal was busy scoring 30 points of his own to help the Wizards to a 119-107 win over the Oklahoma City Thunder.

However, Beal's night wasn’t enough to fend off Curry, who already has one scoring title to his name after he paced the NBA with 30.1 points per game during the 2015-16 season. On Wednesday, Beal will have a chance to take it back with Curry playing against him. The Wizards will host the Warriors at 7 p.m. ET on NBC Sports Washington.

Less than a month remains before the season ends and the race for the NBA scoring title appears to be down to just Beal and Curry. Both players will have an opportunity to put up a statement performance when the Warriors arrive in D.C. on Wednesday.