Gov. O'Malley, How Much Do You Want to Bet? 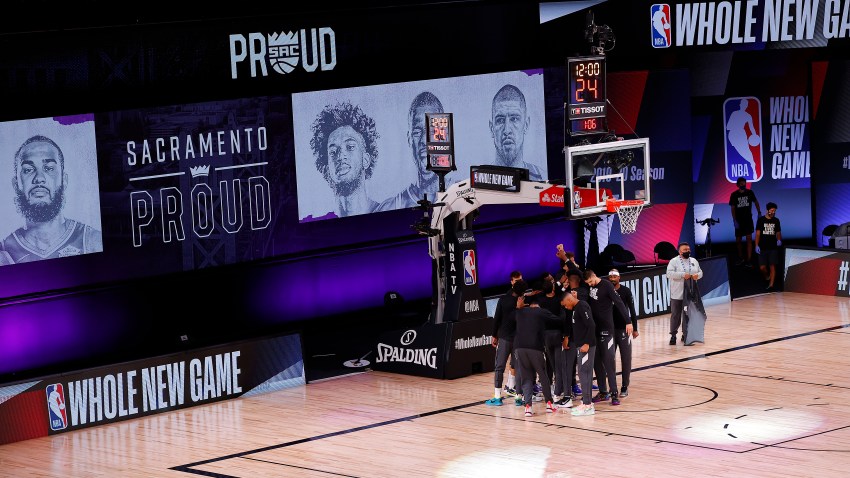 Into the Unknown: NBA Teams Face Concerns Outside of Bubble

Nationals' Strasburg Ejected for Arguing — From the Stands

On Wednesday, O’Malley said he thought Daniels was too "scared" to wager over the big weekend game. His taunts could be linked to the bitterness Maryland fans feel toward the Colts, who spent many strong years in Baltimore.
Gov. O'Malley’s offer to Daniels included some of Maryland’s best -- crab cakes and Maryland Smith Island cake.
On Thursday, Daniels stepped up to the challenge. His offer: an old-fashioned sugar cream pie from Wick’s Pies, Inc. in Winchester, Ind., and shrimp cocktail from St. Elmo’s Steak House.
Gov. Daniels didn’t stop there. To show he wasn’t "scared," he raised the stakes. Aside from forking over good delicacies, Daniels suggested the losing governor display the opposing team’s car flag on his official state vehicle for the following week.
Daniels' motivation for higher stakes is sparked by what he considers a snub of Indianapolis in the Ravens' stadium, according to a report in the IndyStar.com. The scoreboard displays "Indy" instead of "Colts."

"The people who run their stadium seem to have trouble showing the Colts proper respect, so I though maybe I could enlist the governor to set a good example," Daniels said.

Gov. O’Malley accepted the challenge. Bet on.
If the Ravens win, we’ll see if Gov. Daniels is quicker to pay up on the bet than Massachusetts Gov. Deval Patrick.
O’Malley bet Gov. Patrick on last week's game between the Ravens and Patriots. The Ravens won. O'Malley still hasn’t received the lobsters that were wagered.
The Colts-Ravens game kicks off at 8:15 p.m. on Saturday.
Copyright AP - Associated Press
0