Here's Randy Couture in the cage at his gym, Xtreme Couture, working with sparring partners in preparation for his fight with Brock Lesnar at UFC 91:

No surprise, the 225-pound Couture is sparring with bigger guys to get ready to take on Lesnar, who will have to cut weight to get down to the heavyweight limit of 265.

One of Couture's sparring partners is Seth Woodill, who was a college wrestling teammate of Chuck Liddell's and was one of the people who encouraged Liddell to try MMA. Woodill is actually a little bigger than Lesnar, so rolling around with Woodill should be good preparation for Couture.

Of course, Woodill isn't the great all-around athlete that Lesnar is, and he wasn't as accomplished a college wrestler as Lesnar was. And really, there's no sparring partner who can simulate everything that Lesnar can do in the cage. But no one is better at preparing for a big fight than Couture, and he's clearly found sparring partners who can at least come close to approximating the kind of fight he'll get from Lesnar. 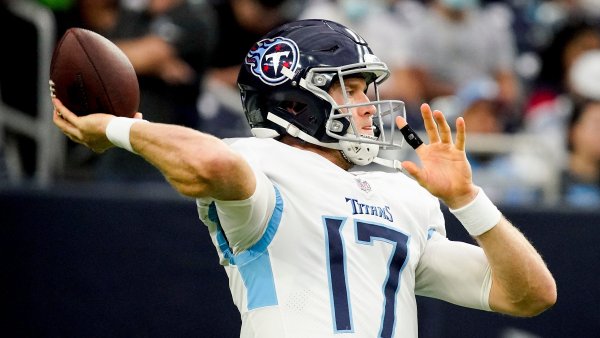