Big game on Sunday night -- the Cowboys, who stumbled into their bye week at 5-4 and Tony Romo-less, will now have their fresh-faced, franchise quarterback under center and get about the business of pulling themselves out of last place in the division and making a playoff run.

They'll travel to Washington where the Redskins are sitting at 6-3 -- also coming off a bye -- and looking to rebound from their most recent loss to the Steelers (and the millions of Steelers fans that took over FedEx Field ... or so the legend goes).

Despite neither team playing a real live tackle football game, a lot has happened in the last week. Through the miracle of prayer and an intense rehab regimen, Romo's pinky has been declared healthy, and the 'Skins, forever looking to sign big-name, no-talents, rushed to ink DeAngelo Hall after the Raiders figured out he wasn't very good. 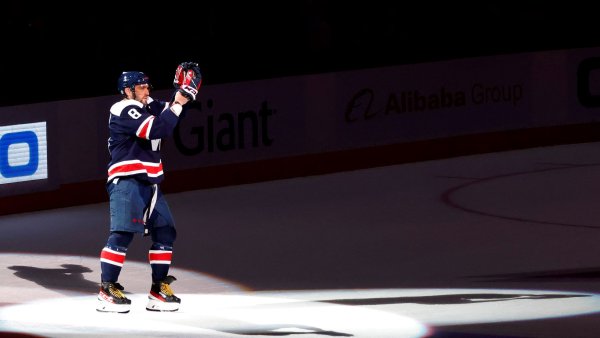 And while some Redskins fans were puzzled by the move, Terrell Owens is looking forward to facing Hall (which, given this, I find very hard to believe):

This isn't even unreasonable, irrational, "LOOK AT ME!" T.O. He in fact sounds quite lucid and very matter-of-fact about the whole thing. I suppose he, like every other wide receiver who has had the pleasure of going against Hall, knows what to expect. Namely: a lot of gum-flapping but not much in the way of actually covering anybody.

Good news, though, Redskins supporters: the Dallas Morning News' Tim MacMahon points out that Owens will probably see a lot more Shawn Spring and Carlos Rogers this weekend. So the full-fledged T.O.-on-Hall beatdown will have to wait until next year. Here's to hoping Washington signs DeAngelo to a long-term deal this offseason.

Terrell Owens Is Very Much Looking Forward to Playing Against DeAngelo Hall originally appeared on NFL FanHouse on Wed, 12 Nov 2008 09:15:00 EST . Please see our terms for use of feeds.