Dave Martinez spoke Saturday about managing the Washington Nationals for “many, many years” and over the “long term” and “quite some time,” thanks to his contract extension.

Sharing a table to a socially distanced degree with his manager on a video conference call to announce the new deal — each member of the duo sporting a 2019 World Series ring on his right hand — Nationals GM Mike Rizzo referred to the agreement's “multiyear” nature, but repeatedly refused to reveal anything more specific in response to reporters' questions.

“We don’t talk about terms as far as years, length and salaries and that type of thing. We’re comfortable with what we have and the consistency that we’re going to have down the road,” said Rizzo, who recently agreed to a three-year extension of his own. “That’s all we want to say about terms, because it’s private information and we don’t want you guys to know about it.” 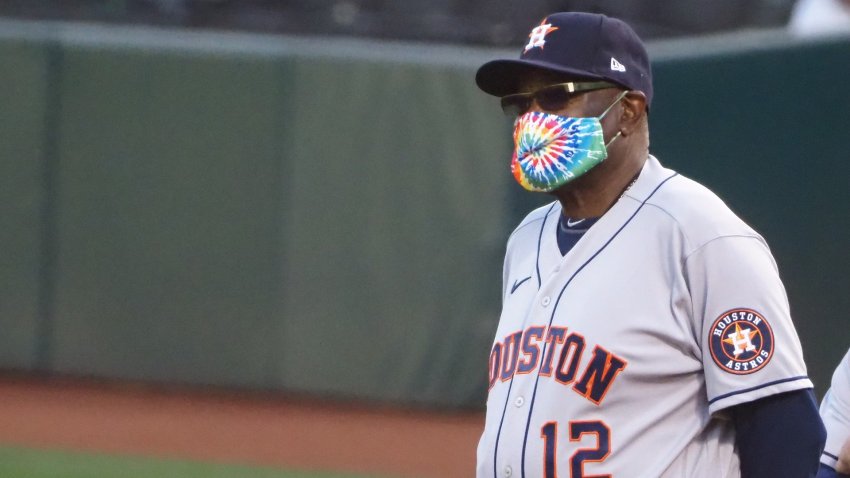 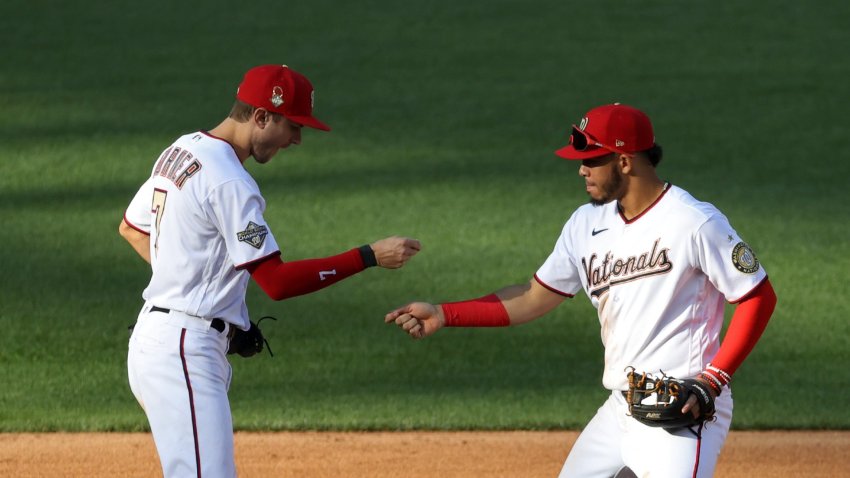 When Martinez initially was hired by Rizzo in October 2017 — his first managing job at any level — the Nationals' news release at the time announced that he was given a three-year contract with an option for a fourth year.

That 2021 option had not yet been picked up.

“The partnership that Davey and I have together, our communication styles are very similar. Our aspirations are similar, and kind of our mindset of how to obtain the goals that we want to obtain are similar. I think it’s a good match,” Rizzo said. “We couldn’t have hit on a more positive and enthusiastic leader in the clubhouse. I think you see it shine through even in the most trying times.”

The Nationals entered Saturday — Martinez’s 56th birthday — with a 23-34 record and in last place in the NL East, which Rizzo called “a disappointing season.” The team's title defense was slowed by injuries and inconsistency during a 60-game season delayed and shortened by the coronavirus pandemic.

World Series MVP Stephen Strasburg threw just five innings because of a nerve issue in his pitching hand and players such as Starlin Castro, Sean Doolittle, Tanner Rainey, Adam Eaton and Carter Kieboom finished the year on the IL.

“This year, for me, we didn’t get it done. We had a lot of bumps in the road this year. But I really, fully believe, we’ve got the core guys here that we need to win another championship,” Martinez said. "I know Mike, myself, we’re going to spend hours and hours and hours trying to fill the void with guys we think can potentially help us in the future. And we’ll be back on the podium. I’m really confident about that.”

Rizzo was asked Saturday why the team announces contract lengths for players, as is common practice around the major leagues, but wouldn’t do so in this instance for Martinez.

“The reason is we don’t want anybody to know. That’s the reason,” Rizzo said, before asking the reporter: “How much do you make? How many years do you have?”

Moments later, as the back-and-forth continued, Rizzo said: “It’s kind of an individual thing with certain people. I don’t want you to know what I make or how many years I have. Davey doesn’t want you to know. And I think that it’s only fair ... when people don’t want certain information out there, that we don’t give it.”

There were some calling for Martinez to lose his job last season when Washington got off to a 19-31 start. But Rizzo stood by his manager, and the team eventually turned things around, going 74-38 the rest of the way to reach the playoffs as an NL wild-card team.

The Nationals then beat the Milwaukee Brewers, Los Angeles Dodgers and St. Louis Cardinals to reach the World Series, where they beat the Houston Astros in Game 7.

Washington joined the 1914 Boston Braves as the only teams in major league history to win a World Series after being 12 games below .500 during a season.

“Everything from Day 1 to where he’s gotten to now, he’s grown so much. He’s really become one of my favorite managers of all,” three-time Cy Young Award winner Max Scherzer said after helping Washington win Saturday's opener of a doubleheader against the New York Mets. “Davey really understands how to manage a clubhouse, manage a team. We saw it in the postseason. He knows how to push the right buttons when everything is on the line.”