What began as a muggy, cloudy evening, with the temperature around 90 degrees, turned into a serious downpour, replete with rumbles of thunder, flashes of lightning and swirls of wind, prompting a delay in the top of the sixth inning.

After waiting 1 hour, 58 minutes — 15 minutes more than were played — the game was called off and goes into the books as a win for New York.

How ‘Little Giants' Ties In to Washington's Thanksgiving Win in Dallas 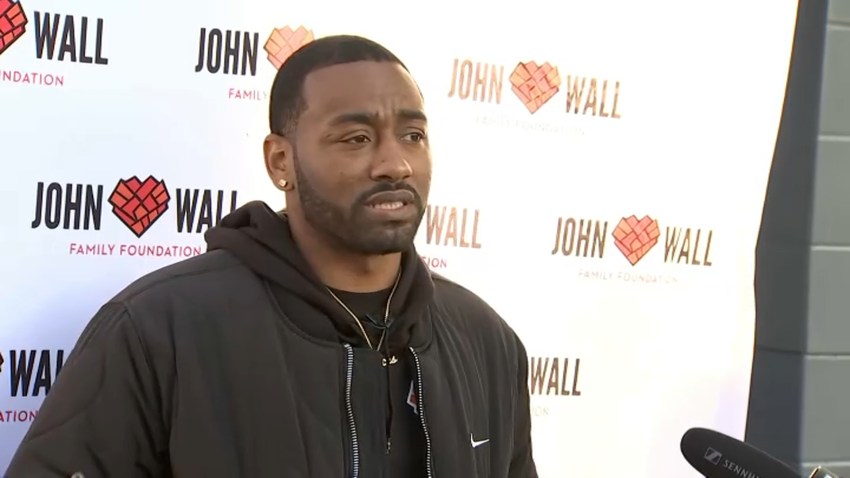 Three-time Cy Young Award winner Max Scherzer (0-1) had struck out 11 and was still in the game for the Nationals when action stopped, his pitch count nearing 100. He allowed a two-run homer to 2017 NL MVP Stanton that traveled 459 feet in the first, an RBI double to 2017 AL Rookie of the Year Judge in the third, and an RBI single to Stanton in the fifth.

Cole (1-0) looked every bit the player the Yankees hoped for when they signed him as a free agent to a $324 million, nine-year contract, the largest deal for a pitcher. He gave up just one hit in his five innings: Adam Eaton’s solo shot in the first -- a ball that landed on one of the blue advertising tarps now stretching over unused seats at Nationals Park.

This was the official beginning of what is planned as a regular season with just 60 games -- instead of the customary 162 -- with, at least at the outset, no spectators -- instead of the 40,000 or so that usually would be at opening day in D.C. -- and with key rules changes.

Those include Thursday’s agreement to expand the playoffs from 10 to 16 teams; using designated hitters in every game, not just at American League ballparks; and the gimmicky runner-on-second-base to start each half-inning in extras.

In these most polarized of times in the United States, there certainly were those pleased, and maybe relieved, that one of the main North American team sports -- the so-called national pastime -- finally was back, playing real games Thursday.

And there also were, to be sure, those wondering whether it’s a good idea to play these games as the COVID-19 outbreak grows worse in parts of the country.

In a fitting choice for a pregame ceremony that included nods to the Nationals’ title and the Black Lives Matter movement -- players from both teams jointly held a long black piece of cloth, then knelt along the foul lines before standing for the national anthem -- Dr. Anthony Fauci, the nation’s leading infectious disease expert, threw out the first pitch while wearing a mask.

His toss missed the mark by a lot.

The 266 days between the final game of the World Series -- Scherzer started Game 7 for Washington against Cole’s former team, the Houston Astros -- and Thursday marked the longest gap between games since professional baseball leagues started in 1871.

And nothing really normal about it.

There all sorts sorts of protocols intended to keep folks safe, including a ban on players spitting, umpires wearing masks, and frequent testing for the new coronavirus -- Soto went on the special injured list for the illness Thursday after his positive result came back. Yankees closer Aroldis Chapman already was on that list. Two Nationals players who would have been on the roster — Ryan Zimmerman and Joe Ross — opted out of the season because of health-related concerns.

Even if the stadium was closed to the public, some folks did watch from balconies on at least one nearby high-rise building. Meanwhile, fake crowd noise was piped in through the stadium speakers, adding a bizarre element to eerie atmosphere.

After Friday’s day off, the series resumes Saturday night, with World Series MVP Stephen Strasburg pitching for Washington against New York’s James Paxton. There is rain the forecast, once again.