Trump's Not Going Away — and Neither Is Investigator Schiff

Nearly a year out of the White House, Donald Trump continues to circle the Republican Party, commanding attention and influence as he ponders another run for the presidency.

Schiff, the Intelligence Committee chairman who rose to national prominence probing Russian election interference and leading the first Trump impeachment, says there's nothing less than democracy at stake with the former president's continued presence on the national political stage.

As a key member of the House Select Committee on the Jan. 6 Insurrection at the Capitol, the congressman whom Trump mercilessly mocks with derisive nicknames is turning his attention to Trump's role in that deadly riot.

“We want to show the country just how Jan. 6 came about -- and not just the mechanics of that day, in terms of the participation of the white nationalist groups ... but rather how this big falsehood about our elections propelled thousands of people to attack their own government,” Schiff says in an interview on C-SPAN's Book TV, airing a week from Sunday.

“What did the president know about who was coming to this rally and what did he do when he found out?" Schiff asks. "Why did it go on so long? And so there are a lot of important unanswered questions.”

As the committee ramps up its inquiry, it's a familiar role but also a new chapter for Schiff, the federal prosecutor turned congressman whose life's work is now defined in large part by the man he calls a “clear and present danger” to U.S. democracy.

Last winter, Trump was impeached a second time, accused of inciting the riot. But the House prosecutors, much like Schiff in the first trial that was focused on election interference involving the Trump campaign and Ukraine, failed to win conviction in the Senate.

This time, the California Democrat says the select committee expects to uncover fresh information about Trump’s involvement that January day, as he encouraged the mob of his supporters to head to the Capitol and “fight like hell” to reverse his electoral defeat to Joe Biden. Deaths in the riot and its aftermath included Trump supporter Ashli Babbitt, who was shot and killed by police, and several officers who later took their own lives after the most serious attack on the Capitol since the War of 1812.

In a new book with a weighty title, "Midnight in Washington, How We Almost Lost Our Democracy and Still Could,” Schiff writes his personal, gripping account of that day: Preparing to don a gas mask in the House chamber, being forced to flee as the mob approached.

Republican colleagues warned him he needed to stay out of sight because of his recognizable role as a Trump critic. But during the hours that followed, as the House returned to tally Electoral College votes for Biden, Schiff came to see Republican lawmakers, in “suits and ties,” as an institutional threat as serious as the rioters who bludgeoned their way into the building in an effort to overturn the election. 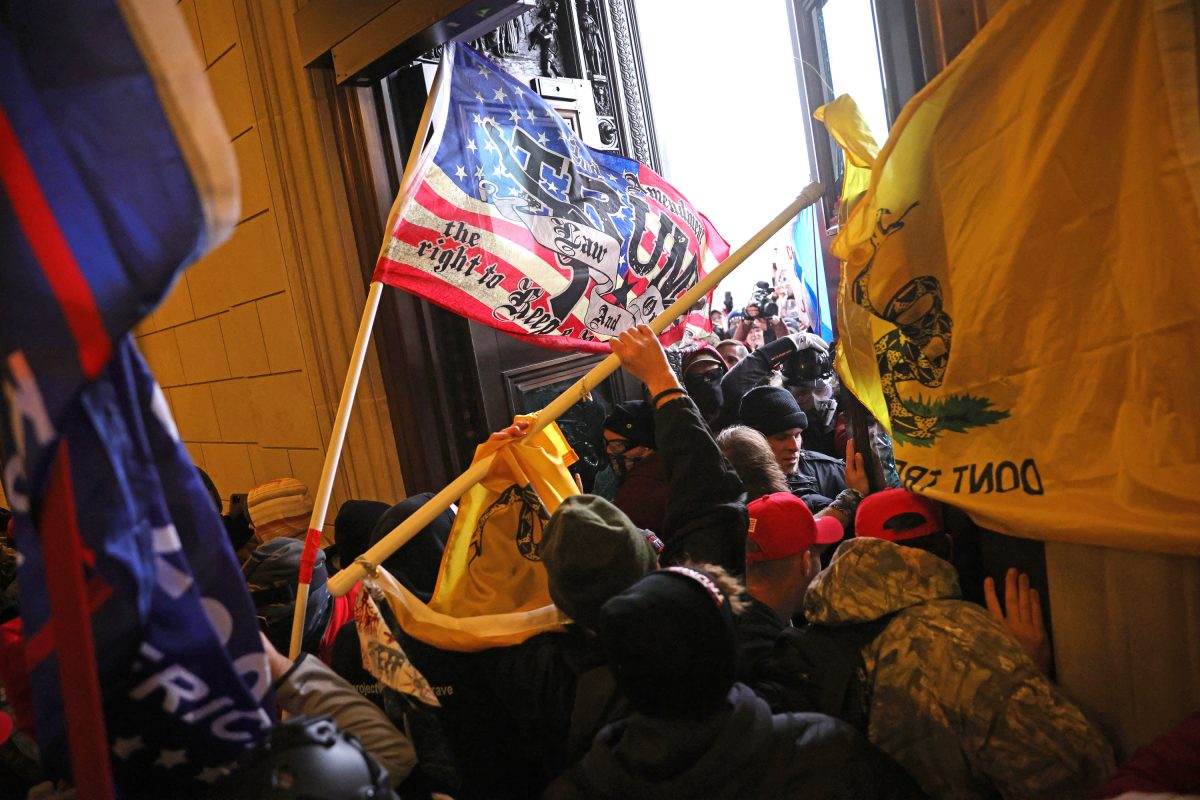 The special committee is drilling down not just on Trump, but also potentially Republican Rep. Kevin McCarthy of California and the president’s other allies in Congress who perpetuate the claim that the election was somehow rigged or illegitimate — though every state has certified its results as accurate, and dozens of court challenges have gone nowhere.

He expects the committee to deliver “the definitive report,” much as the 9/11 commission produced a comprehensive examination of the 2001 terror attack on the U.S.

Trump scoffs at the committee, refusing to participate. Two prominent GOP lawmakers, Reps. Liz Cheney of Wyoming and Adam Kinzinger of Illinois have essentially been disowned by their party for joining the panel and its probe.

Trump says the Democrats are “drunk on power,” and he is urging some of his former staff and administration officials not to comply with subpoenas or other requests for testimony. He's basing that stance on claims of executive privilege even though he no longer holds office. This week, the panel announced it would vote to hold former Trump adviser Steve Bannon in contempt for defying a subpoena.

“The Radical Left Democrats tried the RUSSIA Witch Hunt, they tried the fake impeachments, and now they are trying once again to use Congress to persecute their political opponents,” Trump said in a recent statement.

Schiff tweeted this week the panel is "not messing around’ and expects Biden's Department of Justice to prosecute the criminal contempt cases to force compliance.

The goal, Schiff says, is for the committee's end product to be a “historic record as a way of exposing to the American people what went into that tragedy, but also as a way of forming recommendations about how do we move forward as a country, how do we protect our democracy.”

With Trump ensconced at his Mar-a-Lago resort in Florida, weighing another White House run and visiting the early voting states to rally big crowds, Washington is waiting and wondering about his next move.

Schiff acknowledges that he and other Democrats were ill prepared for Trump's popularity, and still five years on struggle to mount a compelling counter-argument to woo back voters who left the party for Trump.

“If Kevin McCarthy were ever to become speaker, essentially Donald Trump would be speaker,” Schiff warns.

He and Democratic colleagues have assembled a package of post-Watergate style legislation aimed at shoring up the nation’s civic infrastructure and tightening ethics rules for the post-Trump era. But faced with Republican opposition, it is unlikely to pass the Senate.

Schiff positions America's experience alongside a broader "global struggle going on right now between autocracy and democracy. People around the world used to look to us as a beacon. Now they see people climbing on the outside of our Capitol, beating police officers,” he said.

“So many of the things that we thought could never happen in this country have already happened.”