Real Medicare Drug Savings in Dems' Bill — But Not Overnight

Medicare enrollees who take expensive medicines could save thousands of dollars a year under the Democrats’ sweeping social agenda bill, but those dividends won't come overnight. Instead, they'll build gradually over the decade.

“The gist is that this going to create substantial savings for seniors and taxpayers,” said Leigh Purvis, director of health care costs research at AARP's Public Policy Institute. “This is going to reduce the price of expensive and widely-used prescription drugs, and that has an impact for everyone.” The institute is the policy arm of AARP. The group's advocacy operation played a leading role lobbying in favor of restraining drug prices. 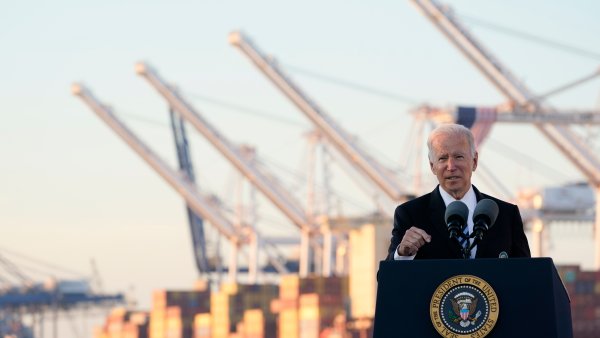 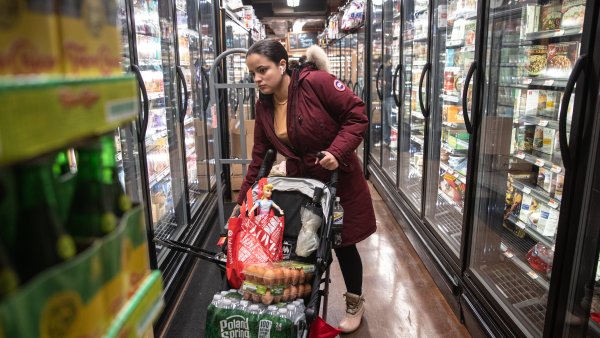 If the legislation passes, savings would be concentrated among patients with serious chronic illnesses such as cancer, diabetes, multiple sclerosis and rheumatoid arthritis, along with those who take combinations of costly medicines to try to control accumulating health problems.

The first tangible benefits would take about a year to show up. In 2023, the bill would impose a check on annual price increases for established drugs, as well as cost limits meant to keep insulin affordable. A huge development would follow in 2024: the first-ever cap on out-of-pocket costs for nearly 50 million seniors in Medicare's Part D pharmacy drug program.

A year later, the health policy centerpiece of the legislation would go live. Seniors would see the first fruits of Medicare's negotiations with drug companies, for no more than 10 medications to start with, but no numerical limit on negotiated prices for insulins.

Democratic campaign strategists hoping for a quick political hit for next year's midterm elections may be disappointed. Terms and conditions for Medicare prescription drug plans for 2022 are already set, so immediate changes would have risked disruptions.

“It takes a while to implement these policies,” said Tricia Neuman, a Medicare expert with the nonpartisan Kaiser Family Foundation. “I don't think consumers will see much of an impact before the midterms.”

The following timeline for the rollout of the drug provisions is based on interviews with experts at the Kaiser Foundation, the AARP Public Policy Institute, the Brookings Institution, and Patients for Affordable Drugs, as well as checks with the Democratic staff of the House Ways and Means Committee.

In 2023, the bill would impose penalties on drug companies that raise the prices of established medications above the rate of inflation, a common pattern most years. To discourage cost-shifting to people with private insurance, the penalties would take into account prices charged to them as well.

For Medicare recipients whose cost-sharing is based on a percentage of a drug's price, what they pay out-of-pocket would not rise faster than inflation.

In addition, Medicare enrollees with diabetes will get the benefit of $35 monthly copays for all insulin products covered by their particular prescription plan. People with private insurance will have access to $35 copays for at least one insulin product of each type and dosage.

The $35 insulin copays could save hundreds of dollars for some patients.

Starting in 2024, people on Medicare will finally get a limit on what they pay out of their own pockets for medications. That standard feature of private insurance is currently missing from the program.

Medicare's cap would be set at $2,000 a year, and the Kaiser Foundation estimates more than 1 million seniors currently have costs above that level, averaging about $3,200 in 2019.

Among them is David Mitchell, president of the advocacy group Patients for Affordable Drugs. Battling multiple myeloma, Mitchell says one of his cancer drugs alone costs him $15,000 a year through Medicare. “If you happen to be in that group —like me— this is a big deal,” said Mitchell.

Eventually Medicare patients will be able to space out their out-of-pocket payments in manageable increments, a consumer-friendly feature called “smoothing.” Mitchell said his first payment this year was nearly $3,300.

Behind the scenes, Medicare's prescription benefit design will get an overhaul to create more incentives for insurers to bargain with drug companies over expensive drugs.

The nearly 20-year-old law that created Medicare's prescription drug benefit explicitly prohibited the program from getting involved in price negotiations. That dam will start to open in 2025, but slowly at first.

Though it still opposes the legislation, the pharmaceutical industry obtained significant concessions limiting the number of drugs whose prices could be negotiated, exempting some medications, and scrapping an earlier idea to use lower prices from overseas as Medicare's yardstick. Companies will still be able to set launch prices for new medications.

Economist Richard Frank of the Brookings Institution think tank says he estimates that about half the top 25 Medicare drugs would be eligible for negotiations now.

“Right there, there is going to be some impact for the people take those drugs in a way that will be felt,” said Frank. “At the end of 10 years, you'll probably have 150 drugs negotiated. They have to be big sellers and on the market for a while.”

For Democratic lawmakers, there's still a difficult slog to pass the legislation.

Although lowering drug costs has support across the political spectrum, it's unclear if messaging-muddled Democrats will be able to effectively explain their multi-layered legislation to consumers.

“That is a very important question,” said Frederick Isasi, executive director of Families USA, an advocacy group supporting the plan. “The Democrats in Congress have to have a very clear and disciplined strategy on that.”