Rally attendees recited the Pledge of Allegiance to a flag the event’s emcee said was carried at the “peaceful” rally Trump attended before his supporters stormed the Capitol in the deadly attempted insurrection on Jan. 6

Former President Donald Trump and other Republicans tried to fire up the party’s right-wing base Wednesday ahead of Virginia's critical November election, at a rally marked by falsehoods about the 2020 election and tirades against vaccine and mask mandates.

The party’s nominee for governor, Glenn Youngkin, did not attend the event but got a warm embrace from Trump, who called in by phone, to urge a crowd of a few hundred in suburban Richmond to get out to vote for the businessman and first-time candidate.

“Glenn Youngkin is a great gentleman,” said Trump, who had previously endorsed Youngkin, before he reiterated his lie that that Democrat Joe Biden won the White House because of mass voter fraud. 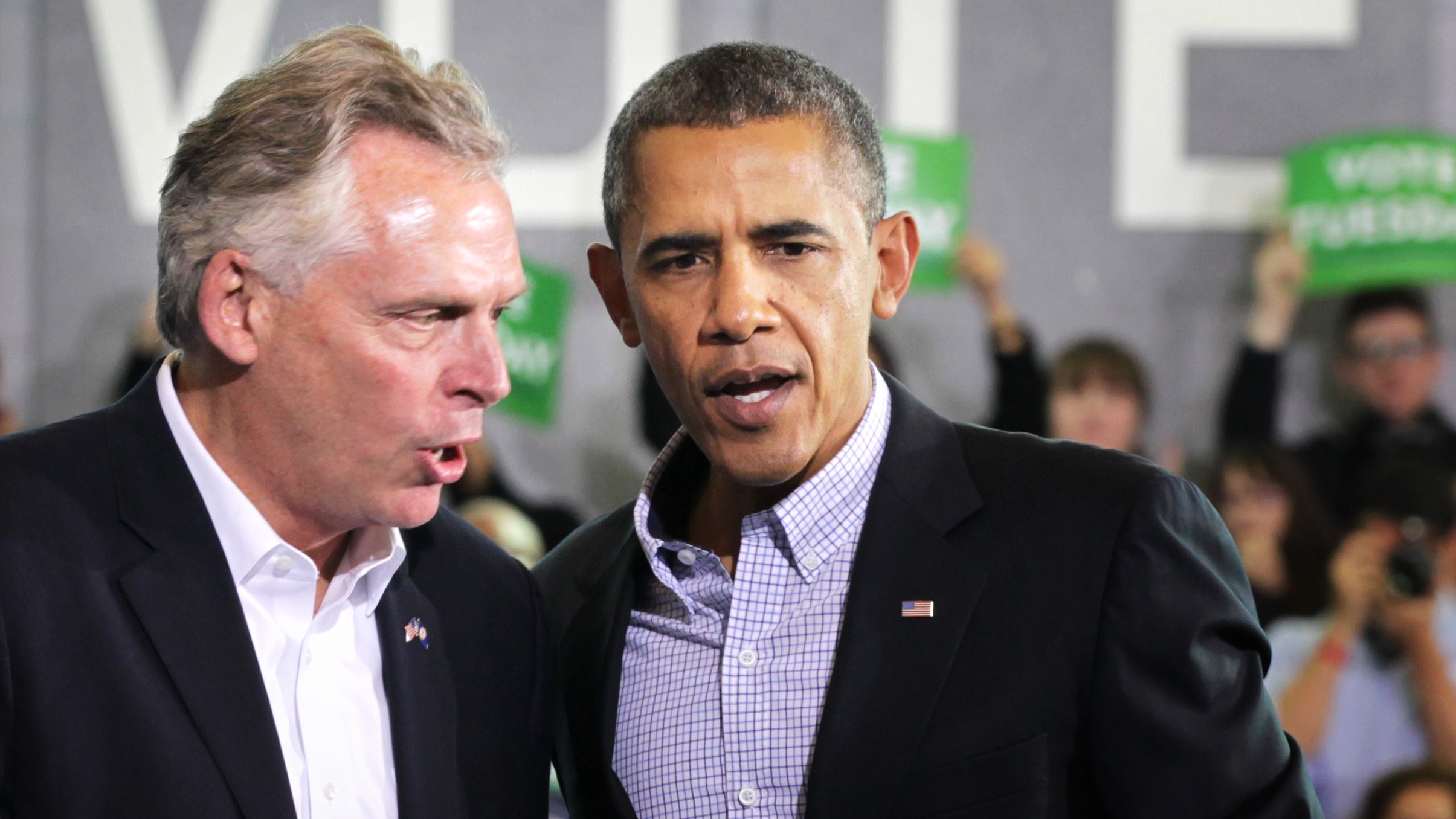 Obama to Campaign With McAuliffe in Virginia Governor's Race 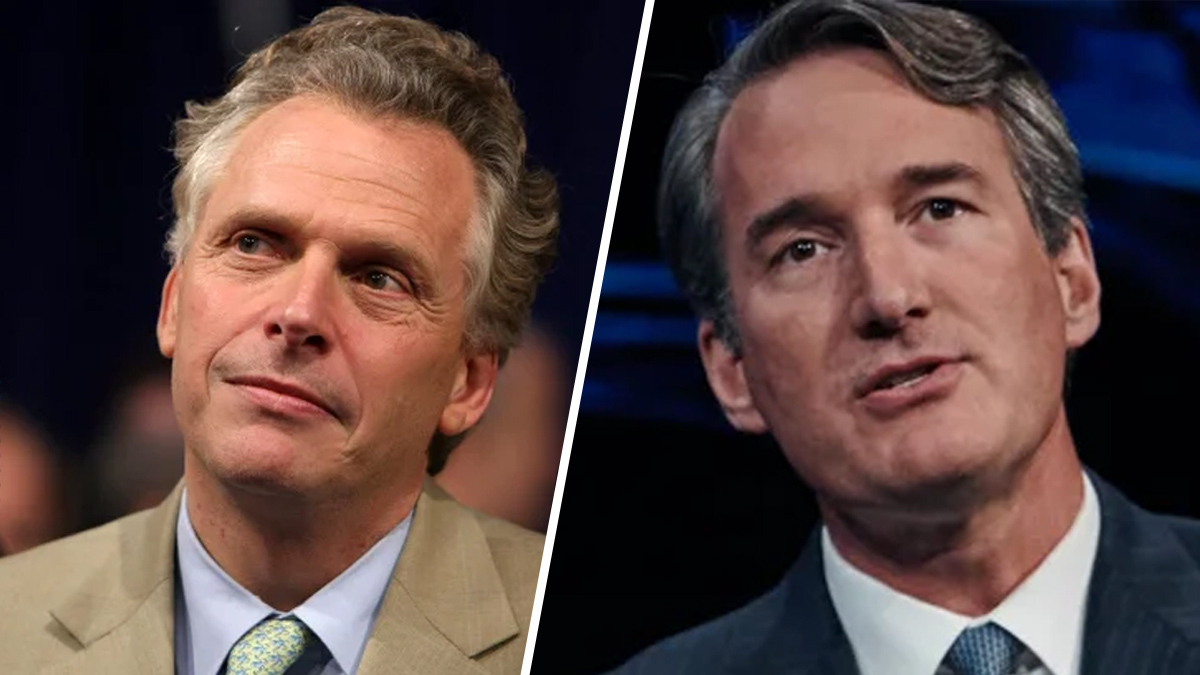 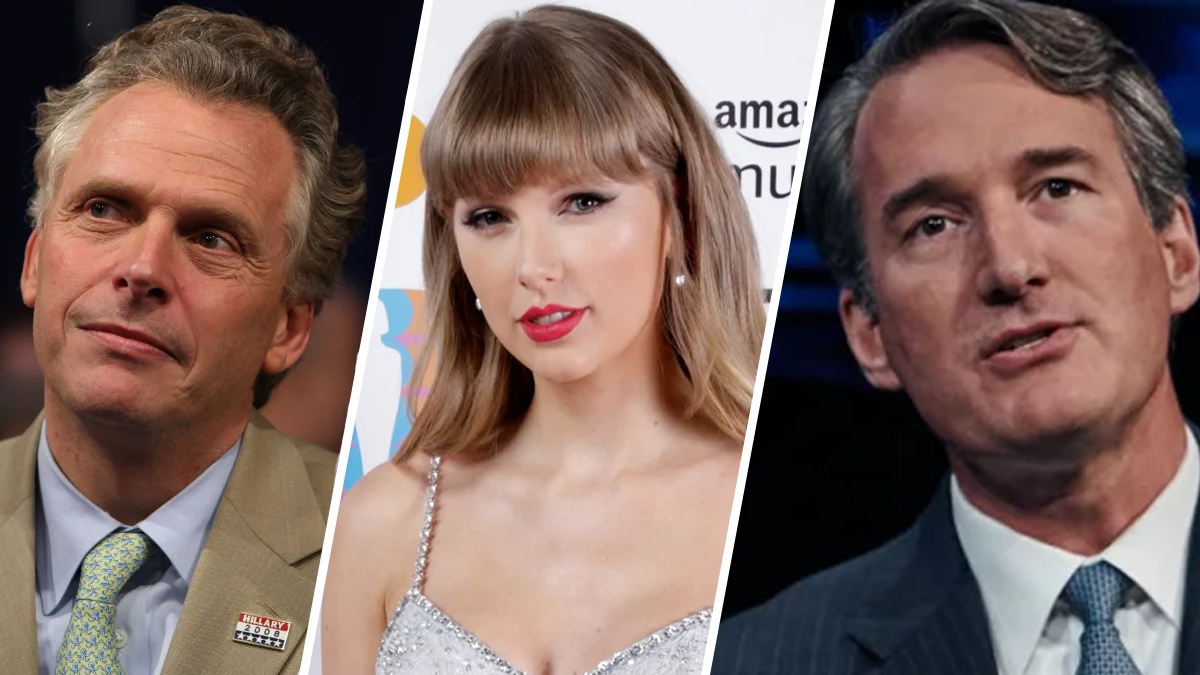 The showcase of right-wing enthusiasm came as Youngkin and Democrat Terry McAuliffe are locked in a tight race in Democratic-leaning Virginia, one of just two states with governors races this year. The Republican has focused his pitch at moderate and independent voters critical to success, but he also needs strong turnout among Trump followers.

That's left Youngkin treading carefully when addressing the lies about fraud promoted by Trump and others in his party. The Republican, who in his primary campaign declined to say whether Biden was fairly elected, has since said he believes he was — and that he does not believe there was significant fraud last November.

Youngkin’s campaign did not respond to questions from The Associated Press on Wednesday on whether he expected Trump would campaign with him in the final stretch or why he chose not to attend Wednesday's event, apart from pointing out the candidate’s busy travel schedule Wednesday.

Earlier in the week, Youngkin called into Fredericks’ show and thanked him for hosting the event.

“We’re going to win this,” Fredericks said. "We’re gonna hold the Trump coalition together while Youngkin goes out there and appeals to independents.”

Rally attendees recited the Pledge of Allegiance to a flag the event’s emcee said was carried at the “peaceful” rally Trump attended before his supporters stormed the Capitol in a deadly attempted insurrection on Jan. 6.

Democrats condemned the event and blasted Youngkin after Trump's remarks.

“Glenn Youngkin has made it clear: His top priority is bringing Donald Trump’s dangerous agenda to Virginia. As Youngkin focuses his campaign on peddling right-wing conspiracies and advancing an extreme policy agenda, he is making it clearer than ever that he is too extreme for Virginia," said Manuel Bonder, a spokesman for the Democratic Party of Virginia.

Democrats have also criticized Youngkin's continued willingness to campaign with Chase. The state senator from suburban Richmond also sought the nomination for governor this year and routinely shares misinformation about the security of Virginia's elections. Chase, who was censuredby the Senate on a bipartisan basis earlier this year, has called for an “audit” of the 2020 election in Virginia and in December said Trump should invoke martial law to seize voting machines.

On Wednesday, she continued to focus on the false claims.

“We are going to do something about election integrity. And I know what’s going on, the Youngkin campaign knows what’s going on. We are watching like we have never watched before," she told the crowd.

Northern Virginia Bureau Chief Julie Carey reports on why the race for governor of Virginia is so close.

Trump's former attorney general, William Barr, found no evidence of widespread election corruption. Allegations of massive voting fraud also were dismissed by several judges and refuted by state election officials and an arm of the Homeland Security Department during the Trump administration.

The Youngkin campaign has tried to draw a comparison between the false claims of fraud today and the 2000 presidential election, when a Supreme Court ruling decided the winner and McAuliffe blasted the decision and said the election had been stolen.

Winsome Sears, the GOP nominee for lieutenant governor, did not speak as scheduled. Her campaign did not respond to an inquiry Wednesday night.

An initial advisory said Jason Miyares, the GOP nominee for attorney general, would attend. But his spokeswoman, Victoria LaCivita, said by phone that was “a mistake, a miscommunication."

She added the candidate's schedule was full, with a debate against incumbent Attorney General Mark Herring earlier in the day and an evening event elsewhere.

Del. Terry Kilgore and Sen. Bill Stanley were at various points advertised as speakers but said they had work commitments and did not attend.