Republican U.S. senators are imploring the Biden administration to allow the transfer of Poland's MiG fighter jets to the Ukrainians to fight the Russian invasion, a sign the Defense Department's rejection of the offer may be running into steep resistance on Capitol Hill.

Forty GOP senators signed onto a letter from Sens. Joni Ernst of Iowa and Mitt Romney of Utah urging President Joe Biden to answer the plea from Ukrainian President Volodymyr Zelenskyy, who told lawmakers over the weekend that if the U.S. could not help with a no-fly zone over his skies, it could at least send more planes for his people to defend against the attack from Russia.

“Enough talk. People are dying,” Romney said at a press conference on Capitol Hill. “Send them the planes they need.”

The groundswell of Republican opposition to the Pentagon’s rejection of Poland’s offer has apparently caught the attention of the highest ranks of the administration — senators said Gen. Mark Milley, the chairman of the Joint Chiefs of Staff, was reaching out in calls to Capitol Hill.

Sen. Susan Collins, R-Maine, said it's hard to see the destruction — especially the Russian airstrike on a maternity hospital — and be opposed to providing the Ukrainians "with these essential aircraft.”

The Biden administration had initially indicated that the Soviet-era planes now in NATO ally Poland could be transferred to help provide air support as Ukraine battles Russia's assault. But the Pentagon on Wednesday slammed the door on a surprise offer from Poland to instead transfer the planes to NATO by handing them off at a U.S. base in Germany. The Pentagon said the planes are not the most effective weaponry and the Polish plan could run a “high risk” of escalating the war.

Department of Defense spokesperson John Kirby on Wednesday clarified the Pentagon’s decision to decline facilitating a transfer of MiG-29 jets from Poland to Ukraine. “We believe the provision of additional fighter aircraft provides little increased capabilities at high risk [for escalation].”

The GOP senators rejected the administration's arguments, saying the U.S. needs to stand by its commitments and provide Zelenskyy what he needs to defend Ukraine, as ordinary people take up arms in what many around the world have viewed as a heroic effort to save their country.

"We implore you to act without delay to provide urgently needed airpower that will bolster the ability of the Ukrainian armed forces to defend their country and help save civilian lives,” the senators wrote.

The Republican senators dismissed the Pentagon's concern that transferring the planes through NATO would be viewed by Russia as provocative at a time when the U.S. is already sending anti-aircraft missiles and other military support to the Ukrainians.

The senators also argued that the logistical problems the administration has raised against replacing Poland's MiGs with U.S. F-16s, which have been promised elsewhere, could be handled in other ways, perhaps with other surplus aircraft in U.S. storage.

While some on and off Capitol Hill have argued that lethal drones and anti-aircraft missiles could be more effective in the fight against Russian airpower, some of the GOP senators argued for an all-of-the-above approach. 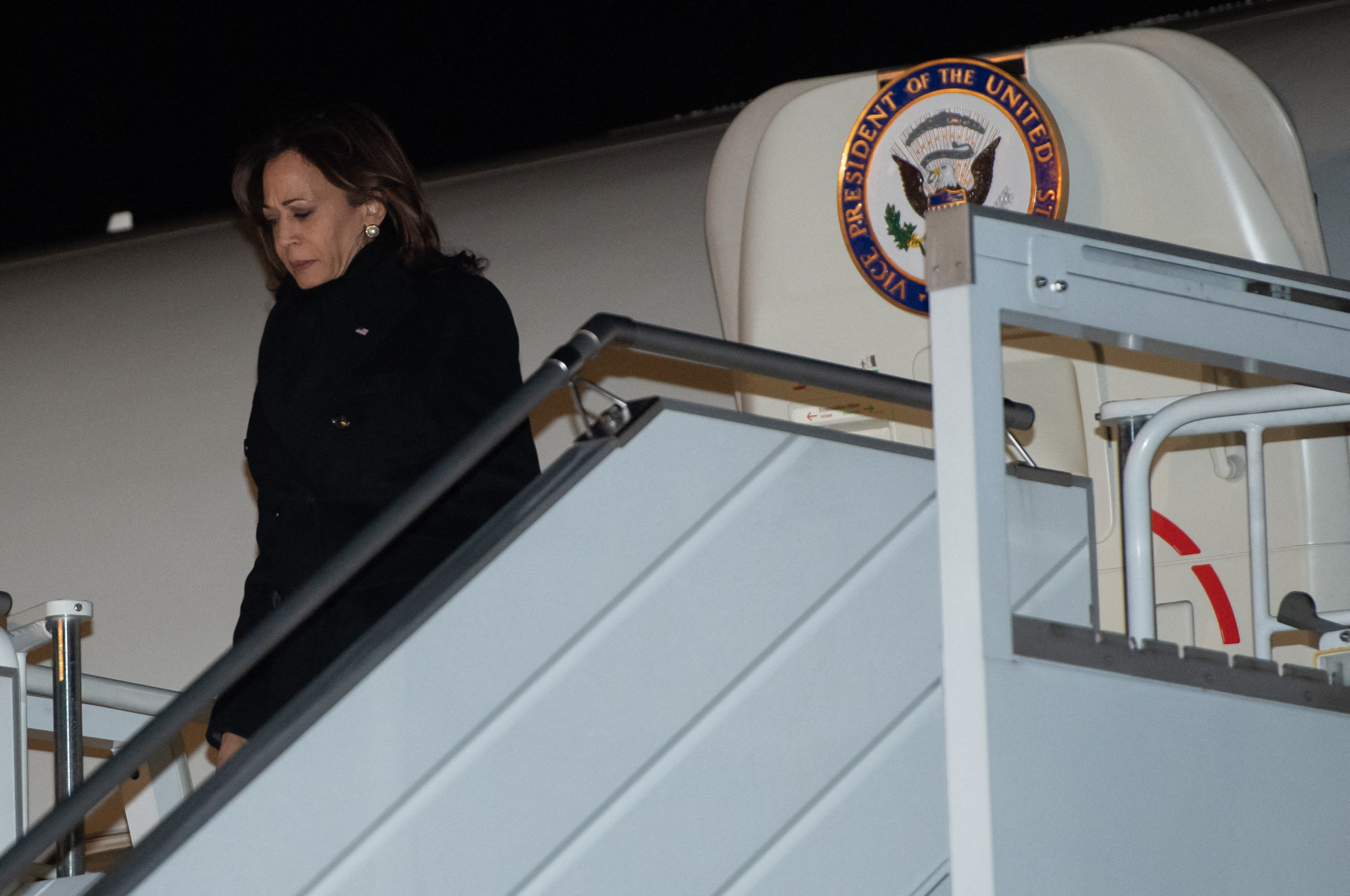 Harris Lands in Poland Amid Turbulence Over Jets for Ukraine 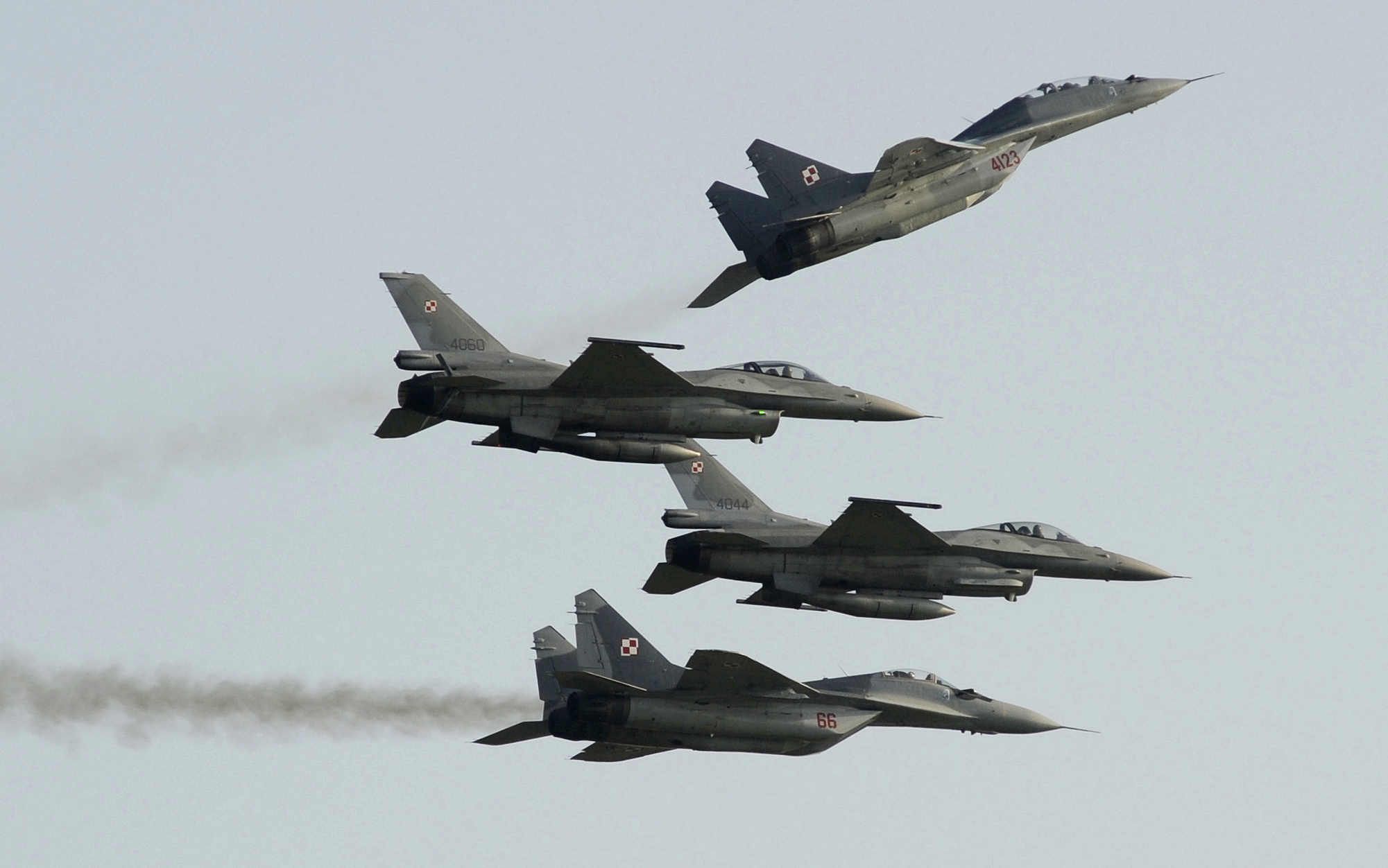 Firm Pentagon ‘No' to Polish Plan to Send Jets to Ukraine

Mostly the senators were hopeful — if not confident — that if they applied pressure to the White House it would reverse course. That has happened repeatedly in recent weeks, as lawmakers pushed the White House to take a tougher stand than the Biden administration first appeared willing to take.

Senate Republican leader Mitch McConnell of Kentucky criticized the Biden administration for moving too slowly to send military help to Ukraine. Congress on Thursday gave final approval to a $13.6 billion package of military and humanitarian assistance.

“This administration has been a step behind every step of the way,” McConnell said.

“The Ukrainians need airplanes, they need equipment to fight with,” McConnell said. “They need this assistance and they need it right now.”

Senators pointed to the bipartisan push from Congress for sanctions on Russia, an end to the Nord Stream 2 energy pipeline and a ban on Russian oil imports as examples of policy decisions where the White House did a 180-degree turn, as Sen. Rob Portman, R-Ohio, put it at the news conference.

“Every hour that goes by that we are not stepping up with our aid, whether it's legal or otherwise, we have Ukrainians dying,” Ernst said. “We need to provide everything we can.”

U.S. Secretary of State Antony Blinken on Wednesday praised the response of Western allies to Russia's invasion of Ukraine, and spoke about the proposed plan from Poland to provide Ukraine with fighter jets.
Copyright AP - Associated Press