With 99 percent of precincts reporting just after midnight Wednesday, Tim Kaine won 57% of the vote to Stewart's 41 percent and Libertarian Matt Waters' 2 percent. 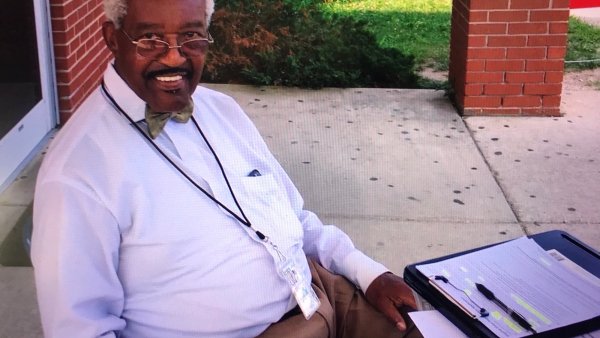 Stewart, a conservative provocateur, started his Senate bid last year as a longshot, promising to run a "vicious" and "ruthless" crusade against Kaine in a style similar to President Donald Trump.

Days before Election Day, there was little sign those Trump-like tactics — including personal attacks on Kaine and his son — found purchase in increasingly blue Virginia.

Stewart had been down in most polls, starved for cash and shunned by fellow GOP congressional candidates. Republicans openly worried Stewart would hurt down-ballot candidates facing stiff competition in several Virginia congressional districts as Democrats tried to take control of the U.S. House.

Kaine's campaign, promoting "a Virginia that works for all," emphasized military funding, veterans' services and career and technical education initiatives.

Stewart is in his fourth term as chairman of the Prince William County Board of Supervisors, a position he's held since 2007. One of his first orders of business was to pass a resolution designed to turn undocumented immigrants over to immigration officials.

Stewart doubled-down on Trump's focus on undocumented immigrants and border security. He put up dark online ads late in the campaign warning of an "alien invasion." Stewart is also known for his fierce defense of confederate symbols, making him a polarizing figure even among some in his own parts. Most other GOP candidates have avoided him during the campaign.

He served as Trump's Virginia campaign chair during the 2016 presidential campaign but was dismissed from the role after participating in a protest against the RNC for withdrawing resources from the campaign. Trump tweeted support of him when Stewart won the Virginia Senate nomination.

Stewart's devotion to Trump has gotten little in return from the White House. Vice President Mike Pence recently campaigned for a little-known, longshot Virginia congressional candidate in a heavily Democratic district, but has done no events with Stewart.

On top of it all, Stewart said he recently lost a major client at his international trade law firm because of the campaign.

"I've lost a lot of money because of this," Stewart said in an interview, adding he'll be facing "some painful years" if he loses.

Stewart declined to name the client or the reason why the client left, but the immigration hardliner and outspoken advocate of Confederate imagery has been a magnet for controversy.

Stewart dubbed his final campaign swing "#JobsNotMobs," implying Democrats were only interested in demonstrating against the president.

In their third and final debate, held Oct. 2, the candidates traded accusations of hypocrisy and bad faith as the debate heavily focused on sexual misconduct allegations against now-Supreme Court Justice Brett Kavanaugh, then a nominee, and some members of Congress.

The candidates tried to draw sharp contrasts with one another.

Kaine said he represented an upbeat and forward-looking candidacy that most Virginians favor while Stewart trafficked in angry and divisive rhetoric for cynical gain. Stewart presented himself as a steadfast supporter of Trump and dismissed Kaine as a do-nothing politician still bitter from his experience as Clinton's running mate.

Stewart was in good spirits after a Virginia Deer Hunters Association banquet outside Richmond recently. As rifles, crossbows and paintings of Trump and Confederate Gen. Robert E. Lee were auctioned, Stewart was peppered with encouragement while he walked table-to-table, shaking hands and posing for photos.

"Don't back down, buddy," one woman yelled.

"We are rooting for you, yes we are," another woman said.

Some praised Stewart as a principled candidate who isn't afraid of controversial stances. Others praised his support of Trump and said they felt good about Stewart's chances.

"I believe it's neck and neck," said Al Wilder, an Army veteran from Chesterfield.

But the crowd of 1,000 mostly white hunters represents a shrinking slice of the Old Dominion. Demographic changes have helped make Virginia a reliable win for Democrats. No Republican has won a statewide office in nearly a decade.