California Gov. Gavin Newsom ably fended off a recall attempt from Republicans on Tuesday, changing the stakes of the contest from a referendum on his own performance and into a partisan fight over Trumpism and the coronavirus.

Republicans intended the recall to be a referendum on Democrats' rule of California, and the homelessness, crime, high housing costs and energy problems that accompanied it. But in a bit of political maneuvering — and with the help of the spreading delta variant — Newsom turned it into a referendum on Republicans' opposition to precautions against the coronavirus. 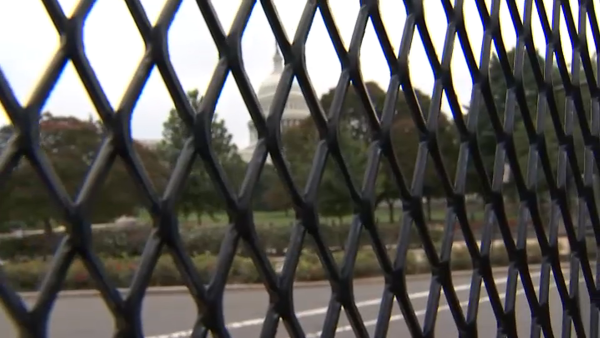 The Republicans running to replace Newsom opposed mask and vaccine mandates, and the California governor was happy to highlight that. Newsom aired an ad calling the recall “a matter of life and death” and accusing the top Republican candidate, talk radio host Larry Elder, of “peddling deadly conspiracy theories.”

Ironically, the recall gained steam after Newsom was caught in November at a lobbyist's birthday party at a swanky Napa Valley restaurant — unmasked and in a large party that violated his own social distancing orders. But his strategists have been arguing for weeks that his leadership during the pandemic is a plus for him — and that other Democrats shouldn't be afraid to lead on the issue.

Even while ballots were still being cast, Republicans were claiming the election was “rigged.” It was a baseless allegation — and a strange one considering Republicans performed relatively well under the same California election system in November, gaining four congressional seats.

But former President Donald Trump's false election fraud rhetoric quickly has burrowed into Republican politics. The former president enthusiastically added his own voice to the claims. And, several days before the polls closed, the Elder campaign bizarrely began circulating a link to a petition demanding an investigation into his loss, alleging widespread fraud — which some Republicans feared was a message that his voters shouldn't even bother to show up Tuesday.

The recall was always a long shot in a state where registered Democrats outnumber registered Republicans by nearly 2-to-1 and where the GOP hasn't won a statewide election since 2006. But Republicans' turn to conspiracy theories and baseless fraud claims to explain a loss that polls had indicated was coming for months shows the party won't walk away from those suspicions. That led to the Jan. 6 attack on the U.S. Capitol after Trump's defeat.

Notably, Elder seemed to try to climb down from the inflammatory election allegations Tuesday night. In his concession speech he told supporters: “Let's be gracious in defeat.”

Still, some Californians worry about what could happen in their state.

“This is going to be the second election in a row where there are going to be aggressive, emotional charges of voter fraud,” said Mindy Romero, director of the Center for Inclusive Democracy at the University of Southern California. “I cannot see a positive out of it."

NO LIGHT AT END OF THE TUNNEL FOR CALIFORNIA GOP

The recall offered California Republicans their only plausible shot at statewide office in one of the bluest states in the nation. The recall is a way to dodge a head-to-head match that would send voters to their regular partisan corners.

That's what happened in 2003 when Republican Arnold Schwarzenegger won a recall against Democratic Gov. Gray Davis. Schwarzenegger's moderate politics never would have won a GOP primary but were appealing enough to voters fed up with the incumbent. Some Republicans hoped that would happen again this year, with former San Diego Mayor Kevin Faulconer, a moderate, on the ballot.

But there were two problems for the GOP. First, California is very different now compared to 2003 — it's more liberal and more diverse. There are more than 3 million more registered Democrats in the state now than during the last recall, but nearly 400,000 fewer Republicans.

Second, Faulconer never caught on. Instead, Elder's bombastic style, honed during his decades on talk radio and echoing Trump, vaulted him to the top of the Republican pack. Newsom, sensing a favorable contrast, started pounding Elder on the airwaves.

Some Republicans had hoped the populist approach of Elder, who is African American, could appeal to California's diverse electorate. But that doesn't seem to have worked.

NEWSOM STEPS BACK FROM THE BRINK

There's no question that Newsom won the recall election. But he might not have emerged unscathed.

When he was elected in 2018, Newsom was riding an anti-Trump wave in a state that saw itself as the heart of the “resistance” to Republican power in Washington. The former San Francisco mayor was mulled as a possible future presidential candidate.

Three years later, his state is reeling from a brutal drought and accompanying wildfires. Heat waves trigger rolling blackouts. Homelessness continues to plague the state's megacities as the cost of housing shows no signs of letting up.

The recall demonstrated that Republicans are unlikely to beat Newsom in a partisan race. And the governor can boast of a lopsided win on Tuesday, though the precise margin likely won't be known for weeks when all the ballots are counted.

But California has a large bench of Democrats who may be itching to move up and the state's problems aren't going away anytime soon. “I think there are Democrats who are watching this thing with their bibs on and their forks and knives out,” Stutzman said.

Newsom's political operation was able to keep any major Democrats from running as an alternative in the recall, freeing him up to paint the effort as a partisan Republican scam. Will he be able to keep challengers out in 2022?

MUDDLED SIGNS FOR THE MIDTERMS

The recall is the first significant election of Joe Biden's presidency and served as something of a political stress test for both parties ahead of next year's midterms.

Democrats showed they could turn out their voters even as their party held the White House — a traditionally tough feat that is why the party in power usually loses seats in Congress in midterm elections. Republicans are trying to win back the House and Senate. Turnout in the recall was expected to be high — some experts predicted it'll be in the neighborhood of the more than 12 million who voted in 2018 in California.

The rejection of the recall — and Elder — shows that a candidate who is too aligned with Trump remains toxic in some areas, both Democratic ones and also current political battlegrounds like formerly Republican Orange County.

Finally, the recall was a referendum on Newsom and how Californians wanted their state governed, particularly in regards to the coronavirus — an issue the governor has a lot of influence over. The midterms will be a referendum on Biden. The power the GOP could win — control of Congress — is not the executive branch, where coronavirus regulations have come from to date.

It's not clear Democrats can mount the same defense of Congress as they did of their governor in the nation's most populous state.