It’s not clear to what extent the two appointees have affected the agency’s work, according to interviews with multiple CDC officials

The Trump White House has installed two political operatives at the nation’s top public health agency to try to control the information it releases about the coronavirus pandemic as the administration seeks to paint a positive outlook, sometimes at odds with the scientific evidence.

The two appointees assigned to the Centers for Disease Control and Prevention’s Atlanta headquarters in June have no public health background. They have been tasked with keeping an eye on Dr. Robert Redfield, the agency director, as well as scientists, according to a half-dozen CDC and administration officials who spoke to The Associated Press on the condition of anonymity to discuss internal government affairs.

The appointments were part of a push to get more “politicals” into the CDC to help control messaging after a handful of leaks were “upsetting the apple cart,” said an administration official.

After the CDC released an update stating that the coronavirus can spread by airborne transmission, many Americans are wondering what else they can do to keep safe. Jose-Luis Jimenez, a professor at the University of Colorado Boulder, explains what this new guidance means and how it should change your behavior this winter.

When the two appointees showed up in Atlanta, their roles were a mystery to senior CDC staff, the people said. They had not even been assigned offices. Eventually one, Nina Witkofsky, became acting chief of staff, an influential role as Redfield’s right hand. The other, her deputy Trey Moeller, began sitting in on scientific meetings, the sources said.

It’s not clear to what extent the two appointees have affected the agency’s work, according to interviews with multiple CDC officials. But congressional investigators are examining that very question after evidence has mounted of political interference in CDC scientific publications, guidance documents and web postings.

The White House declined to comment. A CDC spokesperson confirmed that Witkofsky and Moeller were working at the agency reporting to Redfield, but did not comment further.

The CDC has reversed its coronavirus recommendations yet again - this time backtracking on guidance about how the virus spreads through the air. But these changes may reflect political concerns rather than the latest scientific evidence, according to Alison Galvani, the Director of Infectious Disease Modeling and Analysis at Yale University. She breaks down what the science says about COVID-19 transmission and testing.

Moeller said in an email to The AP, “I work for Dr. Redfield who is 100% committed to the science and the thousands of incredibly dedicated employees at the CDC.”

During previous pandemics such as Ebola, the CDC was the public face of the U.S. response, offering scientifically driven advice. The agency played the same role at the beginning of the COVID-19 pandemic, but stumbled in February when a test for the virus sent to the states proved flawed. Then, in late February, a top CDC infectious disease expert, Dr. Nancy Messonnier, upset the administration by speaking frankly at a news conference about the dangers of the virus when the president was downplaying it.

Within weeks, the agency was pushed offstage.

President Trump pushes back against the Centers for Disease Control director's assertion that a COVID-19 vaccine won't be available to most Americans until next year and that masks are currently our best hope.

Still, CDC persisted in assembling science-based information that conflicted with the White House narrative. In May, a series of leaked emails and scientific documents obtained by The AP detailed how the White House had buried CDC’s detailed guidelines for communities reopeningduring a still-surging pandemic. The resulting news stories angered the administration, and sparked renewed efforts to exert control over CDC, according to current and former officials.

On a Monday in June, the new faces arrived unexpectedly at Redfield’s Atlanta offices, said a former CDC official who also spoke on the condition of anonymity to discuss internal agency affairs.

One was Witkofsky, who according to federal election records had a minor role in Trump’s presidential campaign. She was installed initially as a senior adviser to Redfield. In a few weeks, she would take over as the agency’s acting chief of staff and become the person at CDC headquarters who has the most daily interactions with him, the CDC officials said.

Centers for Disease Control and Prevention Director Robert Redfield testified on Wednesday that broad access to the COVID-19 vaccination likely won't be available until "the second or third quarter" of 2021.

Presidential administrations appoint CDC directors. And there’s nothing new about a White House seeking a better handle on information released by the agency, said Glen Nowak, a University of Georgia professor who ran CDC’s media relations. But past administrations placed overtly political appointees in Washington; the Trump administration has taken it to a new level by placing people in CDC’s Atlanta headquarters, Nowak said.

Before Witkofsky and Moeller, the Trump administration had appointed others at CDC in Atlanta who were viewed by staff with some suspicion. But none of the predecessors were there to report internal agency business up to Washington, according to the officials.

Witkofsky seemed a particularly strange fit for the nation’s top public health agency. She studied finance and business administration in college and graduate school, and at one point worked as a publicist and talent booker for Turner Broadcasting’s Cartoon Network. Her political work included being an events director during the George W. Bush 2000 presidential campaign. 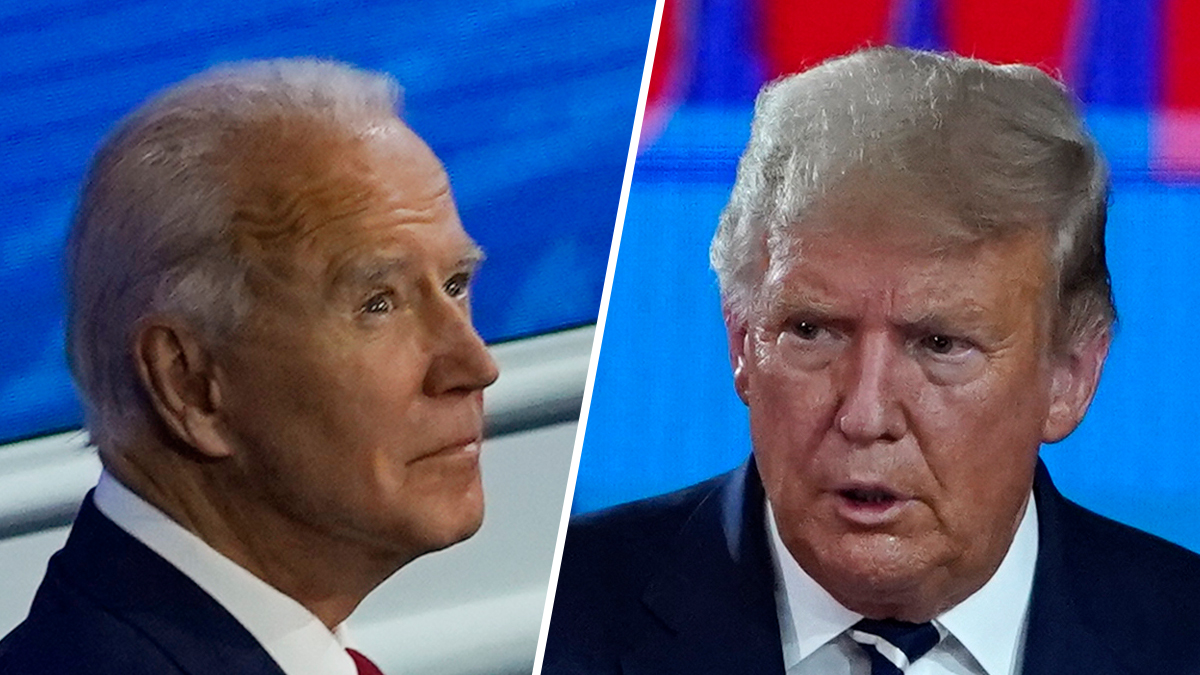 Fact Check: Rhetoric From Trump, Biden in the Non-Debate 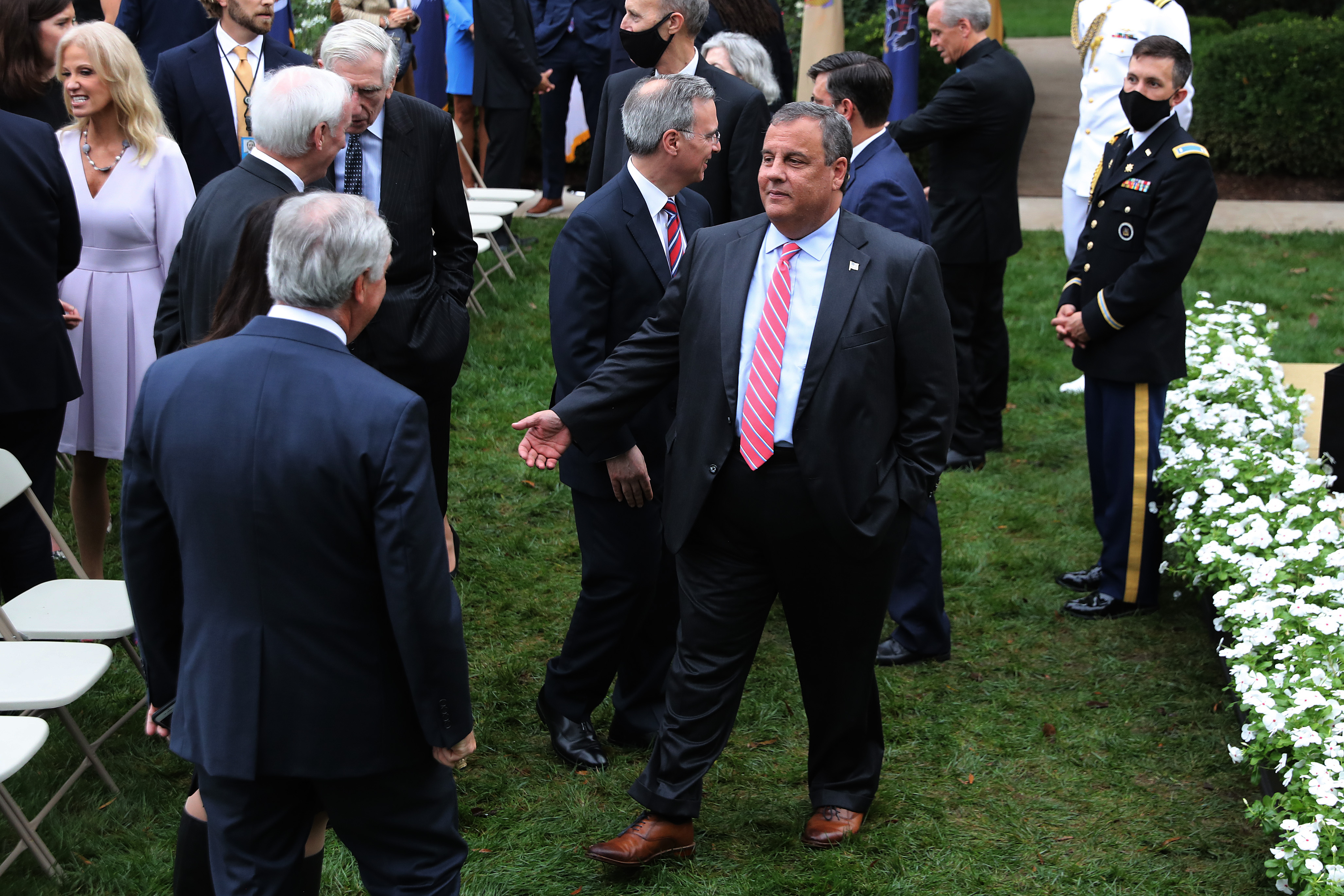 Chris Christie Says He Was in ICU for 7 Days Battling COVID-19, Urges Americans to Wear Masks

Though Witkofsky was largely unknown, she had met a few CDC workers months earlier. In March, on behalf of the administration, she had worked communications when Trump visited a CDC lab.

In her new role, Witkofsky communicated regularly with Michael Caputo, chief of communications for CDC’s parent agency, the U.S. Department of Health and Human Services, an administration official said. At the time Caputo’s office was attempting to gain control over the Morbidity and Mortality Weekly Report, or MMWR, a CDC scientific weekly known for publishing authoritative and unvarnished information about disease-fighting efforts, according to multiple accounts.

Witkofsky’s deputy, Moeller, is a longtime GOP supporter who worked on the Bush-Cheney presidential campaign in 2004. The most recent post on his Facebook page was a “Make America Great Again” Trump campaign banner.

They wanted him to sit in meetings and "listen to scientists,” said one health official.

An HHS spokesperson said Witkifsky and Moeller both report to Redfield.

Witkofsky and Moeller are among officials the House Select Subcommittee on the Coronavirus Crisis is seeking to interview as part of a probe it launched in mid-September into allegations that Caputo and others in the Trump administration blocked the CDC from publishing accurate scientific reports during the pandemic.

The apparent meddling and political pressure from the Trump White House, and from HHS, have caused even scientific experts to question some CDC decisions.

Japanese researchers used a supercomputer to examine how particles spread when sitting at a table.

“I don’t trust the (political appointees) that they’ve dropped into the CDC,” said Dr. Rick Bright, a federal vaccine expert who filed a whistleblower complaint alleging he was reassigned to a lesser job because he resisted political pressure to allow widespread use of hydroxychloroquine, a malaria drug pushed by Trump as a COVID-19 treatment.

“That is absolutely frightening,” he said. “(It) leads to the mixed signals to the public. And I think that is increasing the magnitude and duration of this entire pandemic."