The countdown is on for "Star Wars: The Force Awakens."

The anticipated sequel, the first in the franchise in 10 years, the start of a third trilogy and the seventh film overall, is set for release on Friday, Dec. 18. It sees the return of old favorites, such as Harrison Ford, Mark Hamill and Carrie Fisher, and newbies such as Daisy Ridley, who plays the scavenger Rey, John Boyega, who plays an unconventional Stormtrooper, Oscar Isaac, who plays X-wing pilot Poe Dameron, and Adam Driver, who plays the mysterious villain Kylo Ren.

The movie had its premiere in Hollywood on Monday and scores of critics and other people have managed to get a sneak peek of the film. They all have, of course, been sworn to secrecy, so don't expect much in the form of spoilers in their reviews. But to ease your mind, hence you fear the quality of "Star Wars: The Force Awakens" mirrors that of any of the films in the much-criticized prequel trilogy, the new movie has scored a 97 percent rating on Rotten Tomatoes, as of Wednesday. 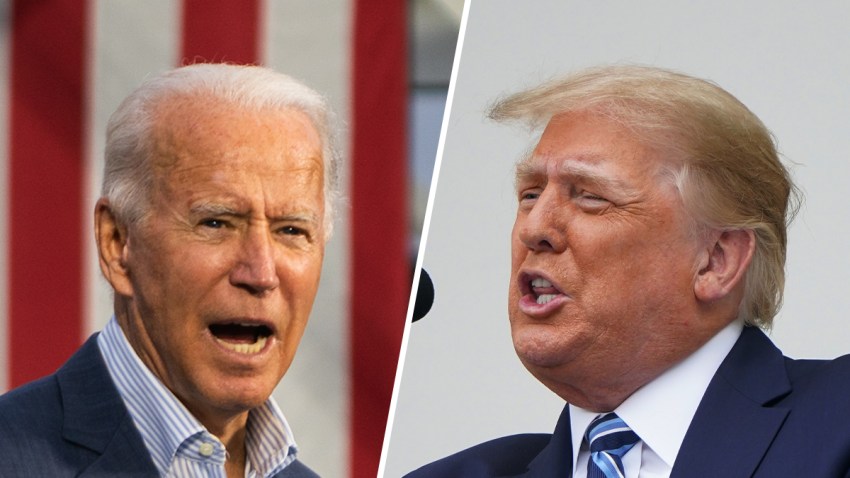 In Rare Weekend Session, Senate GOP Marches Ahead on Barrett Over Democrats' Blockade

Check out what these critics said about Star Wars: The Force Awakens.

"I can safely tell you...I've seen the movie and it kicks ass," Ellis says. "This is the movie you want to relaunch the greatest franchise of all time."

"It is so much better than the prequels, which I don't hate," he adds. "It's not quite as good as the classic trilogy films, in my opinion, but my God, there's so much to love here."

Harloff says he thinks "this is absolutely one of the best 'Star Wars' movies since 1983" but that he isn't sure he likes it as much as the original trilogy.

He says he thinks Ridley is "by far, the best thing" in 'Star Wars: The Force Awakens.' Ellis praises Ridley and Boyega's chemistry.

"I loved every second of watching this movie," Ellis says. "I didn't think it was a perfect film but my God, I had fun being back because I felt like I was back in a galaxy far, far away."

The movie, he says, "proves a sturdy, rousing addition to the 'Star Wars' canon....Yes, you might find yourself still yearning for the more innocent pleasures of the original films, but that's likely more about trying to recapture something in our own pasts than it is with the quality of a film that's just arrived, with a delightful blare, in the here and now. Full of cute droids, wacky aliens (done, mostly, with practical effects), and a game, goofy sense of humor, Abrams's film exists as a captivating, heady mix of nostalgia and evolution."

3. IndieWire's Eric Kohn gives the movie a B+ grade, calling it a "fun, polished space odyssey that embraces the appeal of the originals."

"There's no doubting the Disneyfication at work here as the series gets relevant for its latest demographic," he writes. "The younger characters speak in noticeably different vernacular than their forebears. ('You're so right!' exclaims a villain early on)."

"Of course, drawn into this spirited light show, it's hard not to relate," he adds. "Cynical viewers averse to this kind of super-sized product can fight it all they want, but 'The Force Awakens' is certainly the most impressive achievement in Abrams' career in terms of sheer scale. It excels at a form of slick commercial filmmaking designed to satisfy millions of viewers, which places it light years away from Lucas' own idiosyncratic version of the material."

READ: 99 thoughts I had while watching the original "Star Wars" trilogy for the first time in 2015

"There's better acting in 'The Force Awakens' than in all the 'Star Wars' movies combined," he writes. "BB-8, a whirling soccer-ball-like droid that plays like WALL-E's mouthier cousin, might be best of the bunch--he's a new high for cinema's expressive machines (and a nod to Lucas's love for gearhead invention). Harrison Ford and Carrie Fisher bring unexpected pathos to roles they sometimes used to drift through. The graying hair helps."

"But once again, a black-clad villain steals the show: Mystical Dark Sider Kylo Ren (Adam Driver) wears the robes, face-obscuring helmet and ferocious demeanor of you know who, with a distorted basso bark that actually improves on the breathy squawk of James Earl Jones," he says. "Fortunately, the actor gets to do more than menace, steering the movie toward a heartbreaking scene of personal confusion that plays like a franchise high."

5. ScreenCrush's Matt Singer gives "Star Wars: The Force Awakens" a score of seven out of 10.

"Abrams struck gold with his new cast," he writes. "Isaac has the swagger and luxurious hair of a young Harrison Ford. Boyega brings real weight to Finn's repeated moral dilemmas; Driver delivers equal complexity in his performance as Kylo Ren. And Ridley has one of the most expressive pairs of eyes I have ever seen on a big screen. They pull you in like a tractor beam."

"It's nice to see Ford, Fisher, and Hamill, but 'The Force Awakens' really belongs to Ridley, Boyega, Isaac, and Drive," he adds.