The space station has long been a symbol of post-Cold War international teamwork in the name of science but is now one of the last areas of cooperation between the U.S. and the Kremlin

Russia will pull out of the International Space Station after 2024 and focus on building its own orbiting outpost, the country's new space chief said Tuesday amid high tensions between Moscow and the West over the fighting in Ukraine.

The announcement, while not unexpected, throws into question the future of the 24-year-old space station, with experts saying it would be extremely difficult — perhaps a “nightmare," by one reckoning — to keep it running without the Russians. NASA and its partners had hoped to continue operating it until 2030.

“The decision to leave the station after 2024 has been made,” Yuri Borisov, appointed this month to lead the Russian space agency, Roscosmos, said during a meeting with President Vladimir Putin. He added: “I think that by that time we will start forming a Russian orbiting station.”

The space station has long been a symbol of post-Cold War international teamwork in the name of science but is now one of the last areas of cooperation between the U.S. and the Kremlin.

NASA officials said they had yet to hear directly from their Russian counterparts on the matter. NASA Administrator Bill Nelson issued a statement saying that the agency was “committed to the safe operation” of the space station through 2030 and continues "to build future capabilities to assure our major presence in low-Earth orbit.”

The International Space Station (ISS) has been a symbol of international cooperation since it was conceived by former President Ronald Reagan in 1984. But that doesn’t mean the partnership hasn’t been uncomplicated — and Russia’s invasion of Ukraine has put the decades-long partnership at greater risk than ever before.

U.S. State Department spokesman Ned Price called the announcement “an unfortunate development” given the “valuable professional collaboration our space agencies have had over the years.” National Security Council spokesperson John Kirby said the U.S. is “exploring options” for dealing with a Russian withdrawal.

Borisov’s statement reaffirmed previous declarations by Russian space officials about Moscow’s intention to leave the space station after 2024 when the current international arrangements for its operation end.

Russian officials have long talked about their desire to launch their own space station and have complained that the wear and tear on the aging International Space Station is compromising safety and could make it difficult to extend its lifespan.

Cost may also be a factor: With Elon Musk’s SpaceX company now flying NASA astronauts to and from the space station, the Russian space agency lost a major source of income. For years, NASA had been paying tens of millions of dollars per seat for rides aboard Russian Soyuz rockets. 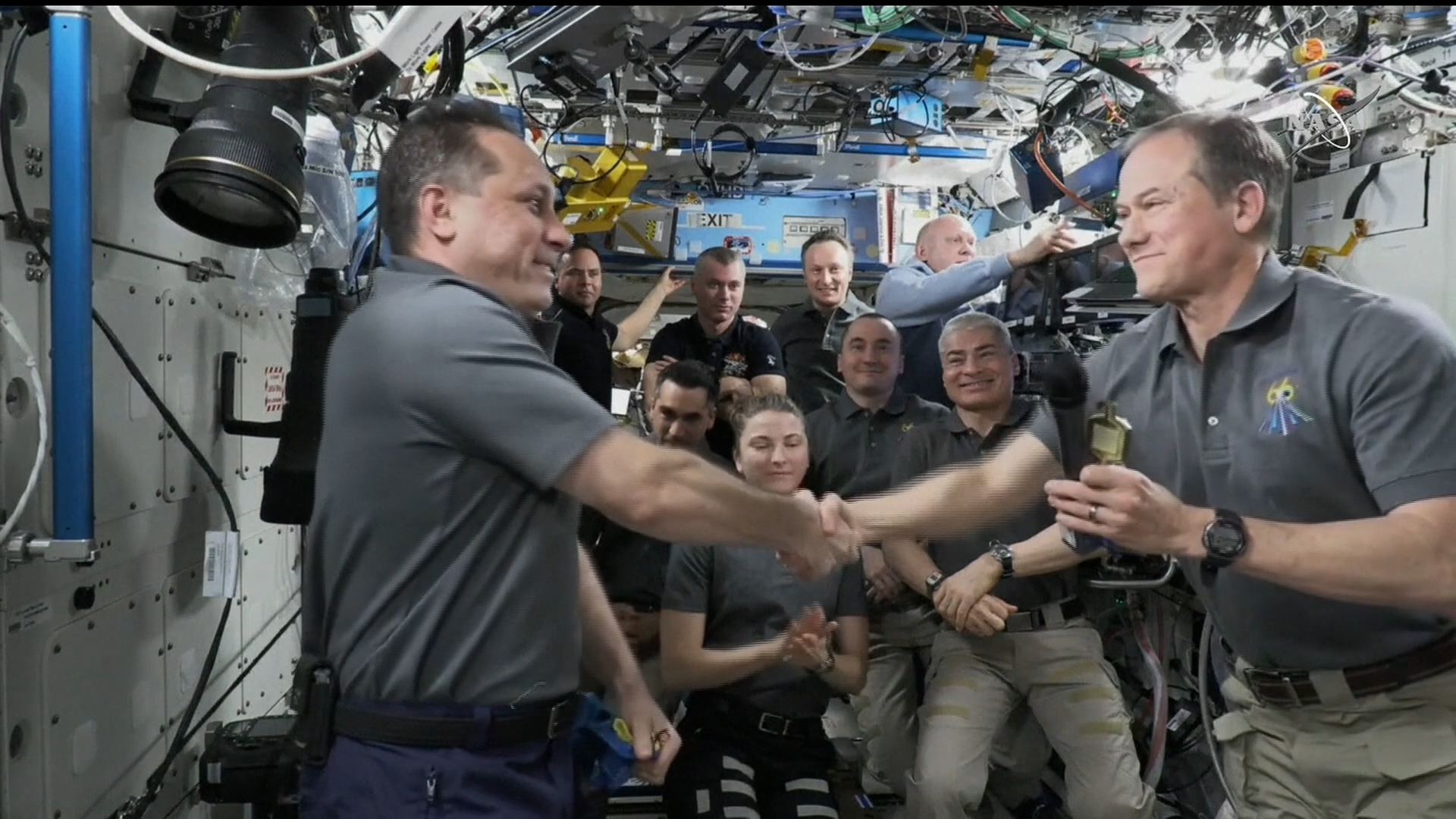 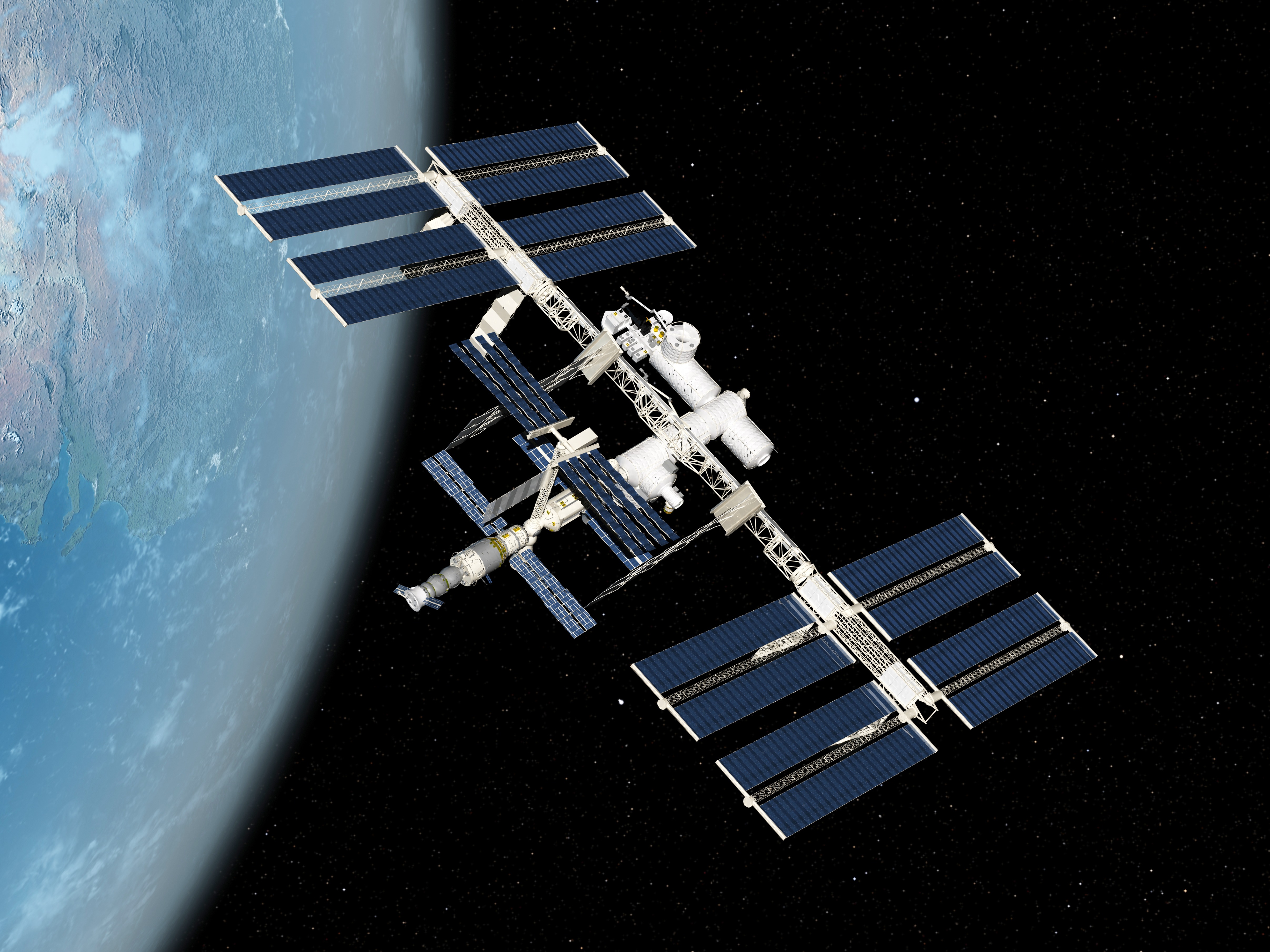 The Russian announcement is certain to stir speculation that it is part of Moscow’s maneuvering to win relief from Western sanctions over the conflict in Ukraine. Borisov’s predecessor, Dmitry Rogozin, said last month that Moscow could take part in negotiations about a possible extension of the station’s operations only if the U.S. lifts its sanctions against Russian space industries.

The space station is jointly run by Russia, the U.S., Europe, Japan and Canada. The first piece was put in orbit in 1998, and the outpost has been continuously inhabited for nearly 22 years. It is used to conduct scientific research in zero gravity and test out technology for future journeys to the moon and Mars.

It typically has a crew of seven, who spend months at a time aboard the station as it orbits about 260 miles (420 kilometers) above Earth. Three Russians, three Americans and one Italian are now on board.

The $100 billion-plus complex is about as long as a football field and consists of two main sections, one run by Russia, the other by the U.S. and the other countries. It was not immediately clear what will have to be done to the Russian side of the complex to safely operate the space station once Moscow pulls out.

Former NASA astronaut Scott Kelly, who spent 340 continuous days aboard the International Space Station in 2015 and 2016, said that the Russian statement “could be just more bluster,” noting that ”after 2024" is vague and open-ended.

“I believe Russia will stay as long as they can afford to, as without ISS they have no human spaceflight program," he said. “Cooperation with the West also shows some amount of legitimacy to other, nonaligned nations and to their own people, which Putin needs, as the war in Ukraine has damaged his credibility.”

NASA has released the plan to decommission the International Space Station.

Kelly said the design of the station would make it difficult but not impossible for the remaining nations to operate it if Russia were to withdraw.

Former NASA astronaut Terry Virts, who spent six months on the space station in 2014 and 2015, said a Russian pullout would be “a disaster” and send "a significant statement to the world that they are very undependable.”

But Virts also said that Putin “has crossed a line, and we need to disengage from them on the ISS."

He said he’s especially disappointed that three of the cosmonauts he flew with in space are now in the Russian parliament, or Duma, supporting the war in Ukraine.

Jordan Bimm, a historian of science at the University of Chicago, said the Russian statement “does not bode well for the future of the ISS,” adding that “it creates a constellation of uncertainties about maintaining the station which don’t have easy answers.”

“What will `leaving' look like?” he asked. "Will the last cosmonauts simply undock a Soyuz and return to Earth, leaving the Russian-built modules attached? Will they render them inoperable before leaving? Will NASA and its international partners have to negotiate to buy them out and continue using them? Can these modules even be maintained without Russian know-how?”

Bimm said that running the station after the Russians bail out "could be a nightmare depending on how hard Russia wanted to make it for NASA and its remaining partners.”

If the Russian components of the station were detached or inoperable, the most immediate problem would be how to boost the complex periodically to maintain its orbit, he said. Russian spacecraft that arrive at the station with cargo and crew members are used to help align the station and raise its orbit.

Scott Pace, director of George Washington University’s space policy institute, said it also "remains to be seen whether the Russians will, in fact, be able to launch and maintain their own independent station.”

Russia has made no visible effort so far to develop its own space station, and the task appears increasingly daunting now amid the crisis in Ukraine and the Western sanctions that have limited Russia’s access to Western technology.

Well before the International Space Station, the Soviets — and then the Russians — had a number of their own space stations, including Mir. The U.S. likewise had Skylab.

John Logsdon, founder and former director of the George Washington University institute, said NASA has had plenty of time to prepare for a Russian withdrawal, given the threats coming out of Moscow, and would be derelict in its duty if it hadn't been thinking about this for several years.

“One alternative is to declare victory with the station and use this as an excuse to de-orbit it and put the money into exploration,” he said, adding: “Its political value clearly has declined over time.”