A Florida man admitted Wednesday that he joined with other members of the far-right Oath Keepers in storming the U.S. Capitol on Jan. 6, the second follower of the group to plead guilty to charges stemming from the riot.

Graydon Young, 54, pleaded guilty to conspiring with roughly a dozen other Oath Keepers who came to Washington to protest the results of the presidential election. Prosecutors said he and other members of the group discussed the need to maintain operational security and used encrypted messaging applications.

It was the first guilty plea in one of the government's conspiracy cases connected to the riot. 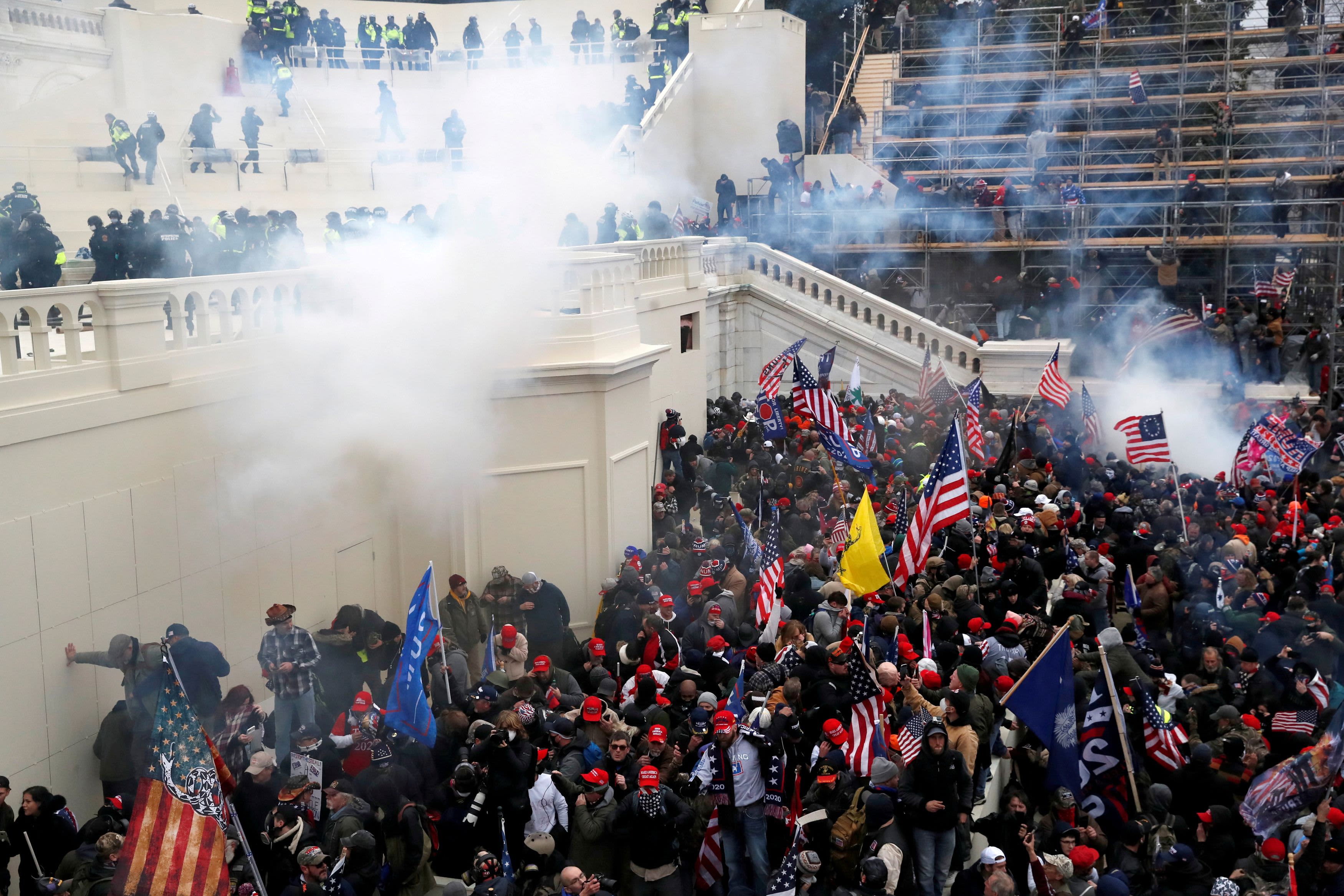 Young also entered a guilty plea to a charge of obstructing the congressional proceeding. Prosecutors agreed to drop four other charges connected to the riot.

He faces a maximum of 20 years in prison, but the punishment will likely be far less when he is sentenced later this year.

FBI Director Christopher Wray was asked by two Democratic lawmakers Thursday whether the FBI was investigating the role of former President Donald Trump in the Jan. 6 Capitol riot. “I’m not aware of any investigation that specifically goes to that,” Wray said when asked the first time. When he was asked by another lawmaker, he said he could neither confirm nor deny any FBI investigation.