A photo taken at the pro-Trump rally in downtown Los Angeles showed a Black woman being bear-hugged from behind by a white man as someone holds a canister near her face.

Los Angeles police said Thursday they were investigating a possible hate crime during a rally Wednesday in downtown Los Angeles on the same day supporters of President Trump broke into the U.S. Capitol during the Electoral College vote count.

During the rally, a photo was taken of a Black woman being grabbed from behind by a white man and surrounded by a group of people holding flags and wearing Trump hats at a rally held in downtown Los Angeles on same day that a destructive mob breached the U.S. Capitol. The photos, which were widely shared on Twitter, including by actress Jane Lynch, show the woman being held in a bear hug from behind while a person who is out of frame holds a canister of what appears to be pepper spray near her face.

The woman, 25-year-old Berlinda, who asked that her last name not be used, said a group numbering about 40 began following her after she flipped them off. She said people were shoving her, calling her the n-word and "asking me who I voted for.''

Berlinda initially credited the man behind her with trying to help her. She said he whispered, "Don't move, they're trying to kill you.'' He told her to keep moving, and that he would get her out of the crowd, she said.

Professor Shaun Harper said the difference between BLM protest response and the one shown in the Capitol should force a conversation about racial double-standards. Kim Baldonado reports Jan. 7, 2021.

But on Saturday, she told NBC News that the man’s actions didn’t actually help.

“In the moment it sounded like he was,” she said in a text message. “I was disoriented, I was blind. I couldn’t see. Even though he was saying those things, his actions didn’t help. I was still being attacked while defenseless."

The man did not return phone calls to phone numbers listed for him.

Police said the case was being investigated as a hate crime after speaking with Berlinda.

The LAPD said "a designated area was established within the protest location for individuals to report crimes and/or seek medical attention,'' while noting that "during fluid incidents such as protests, victims/witnesses of criminal activity or actions may leave the area prior to making contact with officers.''

In response to many tweets -- including from Lynch -- identifying the man holding the woman as an employee of a Southland Toyota dealership, Toyota wrote on Twitter: "The actions in these photos are inconsistent with Toyota's guiding principle of Respect for People. We do not condone this conduct.''

A GoFundMe page created for Berlinda by a Los Angeles resident had raised more than $14,000 by 5 p.m. Thursday. Mayra Garcia, who told City News Service that she reached out to Berlinda via Instagram after seeing the images, wrote that Berlinda "needs medical help. Her shoulders, back and head are hurting her.''

During the protest downtown, which began about 9 a.m. Wednesday, many held flags and carried signs reading "Stop the Steal.'' Members of the group stood along Spring Street while others circled the area in their vehicles. She said several people told her to take her face mask off.

The LAPD eventually declared the event an unlawful assembly, saying "several fights'' broke out during the day as Trump supporters clashed with counter-protesters. 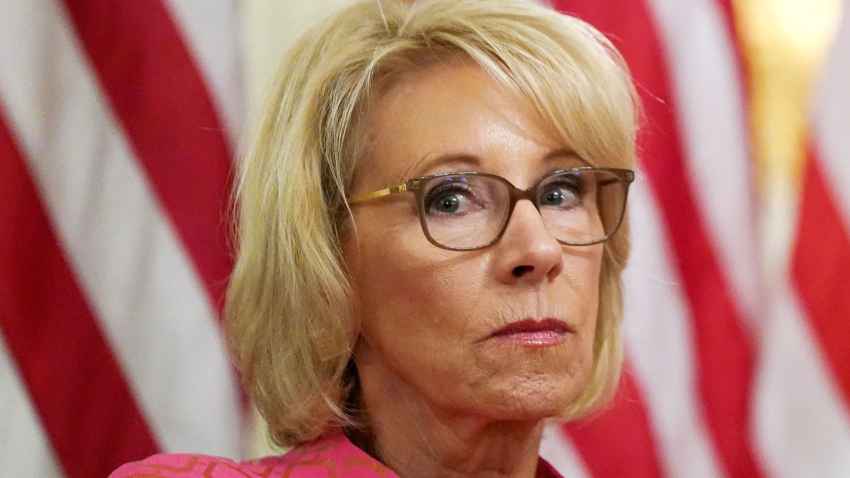 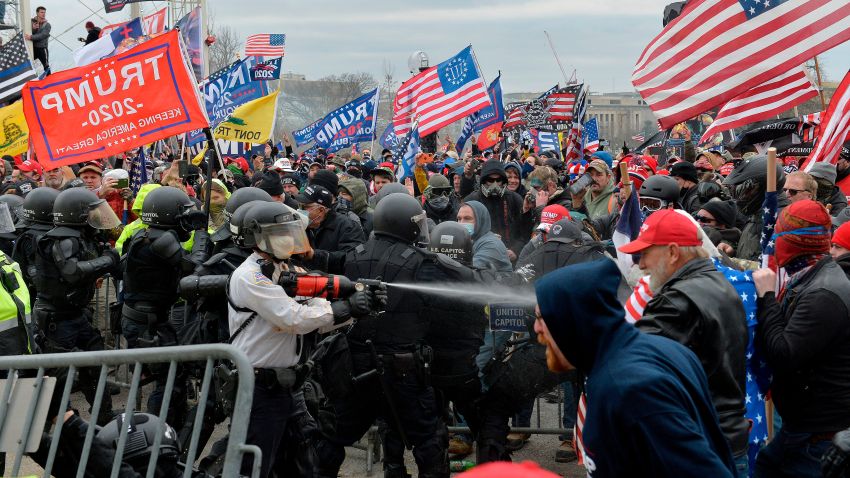 Former FBI Agent on Capitol Riot: Do We Need ‘Another Oklahoma City' to Get the Message?

In total, six people were arrested -- three on suspicion of carrying unpermitted items while attending a public demonstration, two on suspicion of failing to disperse and one for resisting or obstructing an officer, LAPD officials said.