The measure funds the remainder of the 2017 budget year, which ends Sept. 30

Erasing the threat of a disruptive government shutdown, the White House and top lawmakers endorsed a $1.1 trillion spending bill Monday to carry the nation through September, an agreement underscoring that Democrats retain considerable clout in Donald Trump's turbulent presidency.

Negotiators released the 1,665-page bill after Republicans dropped numerous demands on the environment, Obama-era financial regulations and abortion in marathon sessions over the weekend. The bill is slated for a House vote on Wednesday, with a Senate vote ahead of a Friday midnight deadline.

"We thought we had the upper hand because a government shutdown would be on their shoulders, and we made that clear," Senate Minority Leader Chuck Schumer, D-N.Y., said in an interview. "We knew that if we didn't push things too far we could get a good deal that could make us happy and that's what happened." 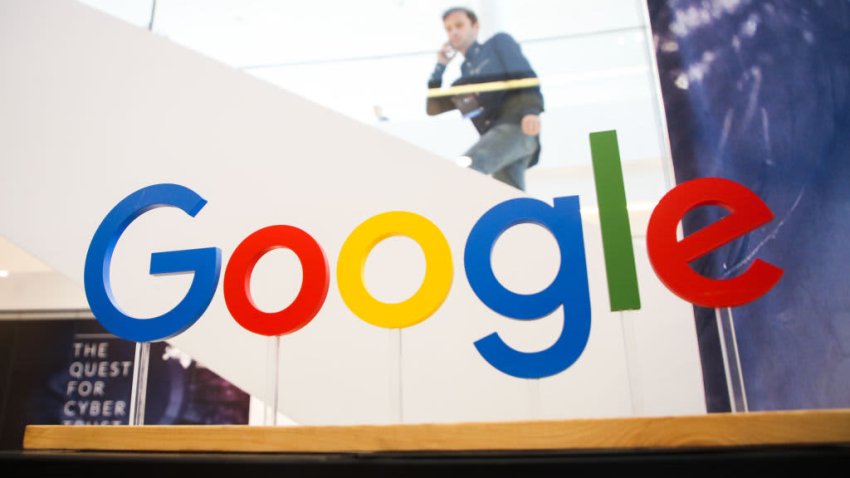 Trump and the White House had made concessions last week when the president relented on his demand that the measure include a $1.4 billion down payment for his proposed wall along the U.S.-Mexico border. Trump repeatedly insisted during the election campaign that Mexico would pay for the wall, a claim Mexican officials have vigorously rejected.

Democrats boasted of money for foreign assistance and cash-strapped Puerto Rico while winning funding for favored programs like transit projects and grants for first responders. They also defied Trump on a bid to punish "sanctuary cities" and on immigration enforcement.

The White House and some top GOP allies declared victory anyway, citing billions of dollars more for the military. Trump won a $15 billion down payment on his request to strengthen the military, though that also fell short of what he requested.

Vice President Mike Pence told CBS News Monday that the administration "couldn't be more pleased" and called the agreement it a "budget deal that's a bipartisan win for the American people."

House Speaker Paul Ryan, R-Wis., praised the bill as well, saying it "acts on President Trump's commitment to rebuild our military for the 21st century and bolster our nation's border security to protect our homeland."

Longstanding conservative resistance to big spending bills requires the party to seek Democratic votes to pass spending bills despite the Republican majorities both houses of Congress. That made the party out of power a major player in the negotiations. The talks were also spurred by a strong Republican desire to complete unfinished business well into the fiscal year and move on to health care repeal and tax overhaul, both of which are iffy propositions.

"If nothing else, it does allow the president to have at least one major success this week, which is great," said White House budget director Mick Mulvaney. "He's going to sign his first substantive piece of legislation this week, and it's going to make dramatic increases in funding to his priorities."

Ryan's office peppered reporters' inboxes with news releases cheerleading for the bill and GOP-won provisions such as extending a private school vouchers program for students in Washington, D.C.'s troubled school system through 2019.

Democrats had sought additional spending for nondefense accounts to match Pentagon increases above spending caps set by a 2015 budget pact negotiated with former President Barack Obama. They were forced to settle for far less with domestic increases in the 1 percent range.

The measure funds the remainder of the 2017 budget year, through Sept. 30. Capitol Hill Republicans joined Democrats in supporting increases for popular domestic programs such as medical research at the National Institutes of Health, with Sen. Roy Blunt, R-Mo., for instance, using his powerful post on the Appropriations panel to take the lead on a 40 percent boost in research on Alzheimer's disease.

Democrats stressed their efforts to protect the Environmental Protection Agency, infrastructure grants and foreign aid. Sen. Joe Manchin, D-W.Va., led the fight for a $1.3 billion provision to preserve health benefits for more than 22,000 retired coal miners and their families, while top House Democrat Nancy Pelosi provided the muscle behind a hard-won effort to give the cash-strapped government of Puerto Rico $295 million to ease its Medicaid burden.

"I think you're going to see conservatives have some real concerns with this legislation," Rep. Jim Jordan of Ohio said on CNN's "New Day," citing domestic spending obtained by Democrats and other issues. "Our job is to do what we told the voters we were going to do."

Mulvaney had said the administration wanted priorities such as the Mexico border wall, cuts to domestic programs and new flexibility to punish "sanctuary cities" as part of the measure. Each was rejected, however, with Trump signaling last month that the wall issue could be addressed in the next round of spending bills.

Trump, however, obtained $1.5 billion for border security measures such as 5,000 additional detention beds, an upgrade in border infrastructure and technologies such as surveillance.

While the measure would peacefully end a battle over the current budget year, the upcoming 2018 budget cycle promises to be even more difficult. Mulvaney's plans to slash domestic agency budgets could grind this summer's round of spending bills to a halt.

GOP leaders decided against trying to use the must-do spending bill to "defund" Planned Parenthood and dropped a House provision to "zero out" Title X family planning funds.