Jake Sullivan said Monday that the U.S. ultimately could not give Afghan security forces the “will” to fight to defend their fledgling democracy from the Taliban

President Joe Biden and other top U.S. officials have been stunned by the pace of the Taliban's nearly complete takeover of Afghanistan, as the planned withdrawal of American forces urgently became a mission to ensure a safe evacuation.

The speed of the Afghan government's collapse and the ensuing chaos posed the most serious test of Biden as commander in chief, and he was the subject of withering criticism from Republicans who said that he had failed.

Biden campaigned as a seasoned expert in international relations and has spent months downplaying the prospect of an ascendant Taliban while arguing that Americans of all political persuasions have tired of a 20-year war, a conflict that demonstrated the limits of money and military might to force a Western-style democracy on a society not ready or willing to embrace it.

By Sunday, though, leading figures in the administration acknowledged they were caught off guard with the utter speed of the collapse of Afghan security forces. The challenge of that effort became clear after reports of sporadic gunfire at the Kabul airport prompted Americans to shelter as they awaited flights to safety after the U.S. Embassy was completely evacuated.

National security adviser Jake Sullivan said Monday that Biden did not believe it was "inevitable" that the Taliban would take control of Afghanistan but acknowledged it fell faster than the administration expected, and blamed the government's fall on the Afghans themselves.

“It is certainly the case that the speed with which cities fell was much greater than anyone anticipated,” Sullivan said Monday on NBC's “Today."

But he said the U.S. ultimately could not give Afghan security forces the “will” to fight to defend their fledgling democracy from the Taliban.

He called the situation in Kabul “heartbreaking,” but that Biden “stands by” his decision.

Sullivan added that the “worst-case scenario” for the U.S. would be to send thousands of troops to fight in a civil war when the Afghan army “wasn’t prepared to fight itself." The president ultimately opted to bring U.S. troops home and leave the Afghans to fight for themselves.

The turmoil in Afghanistan resets the focus in an unwelcome way for a president who has largely focused on a domestic agenda that includes emerging from the pandemic, winning congressional approval for trillions of dollars in infrastructure spending and protecting voting rights.

Biden remained at Camp David on Monday, receiving regular briefings on Afghanistan and holding secure video conference calls with members of his national security team, according to senior White House officials. His administration released a single photo of the president on Sunday alone in a conference room meeting virtually with military, diplomatic and intelligence experts.

Sullivan said Biden would speak about Afghanistan “soon” but gave no timetable. Biden has been at the Camp David presidential retreat, and largely out of public view, since Friday. He was scheduled to stay there through Wednesday.

Biden is the fourth U.S. president to confront challenges in Afghanistan and has insisted he wouldn't hand America's longest war to his successor. But the president will likely have to explain how security in Afghanistan unraveled so quickly, especially since he and others in the administration have insisted it wouldn't happen.

“The jury is still out, but the likelihood there’s going to be the Taliban overrunning everything and owning the whole country is highly unlikely,” Biden said on July 8.

As recently as last week, Biden publicly expressed hope that Afghan forces could develop the will to defend their country. But privately, administration officials warned that the military was crumbling, prompting Biden on Thursday to order thousands of American troops into the region to speed up evacuation plans.

One official said Biden was more sanguine on projections for the Afghan fighters to hold off the Taliban in part to prevent a further erosion in morale among their force. It was ultimately for naught.

Presidents Barack Obama and Donald Trump also yearned to leave Afghanistan, but ultimately stood down in the face of resistance from military leaders and other political concerns. Biden, on the other hand, has been steadfast in his refusal to change the Aug. 31 deadline, in part because of his belief that the American public is on his side.

A late July ABC News/Ipsos poll, for instance, showed 55% of Americans approving of Biden’s handling of the troop withdrawal.

Most Republicans have not pushed Biden to keep troops in Afghanistan over the long term and they also supported Trump's own push to exit the country. Still, some in the GOP are stepping up their critique of Biden's withdrawal strategy and said images from Sunday of American helicopters circling the U.S. Embassy in Kabul evoked the humiliating departure of U.S. personnel from Vietnam.

Senate Republican leader Mitch McConnell deemed the scenes of withdrawal as “the embarrassment of a superpower laid low.”

There were no additional steps planned beyond the troop deployment Biden ordered to assist in the evacuations. Senior administration officials believe the U.S. will be able to maintain security at the Kabul airport long enough to extricate Americans and their allies, but the fate of those unable to get to the airport was far from certain.

Sen. Chris Murphy, D-Conn., a member of the Senate Foreign Relations Committee who has backed the Biden administration’s strategy, said in an interview that “the speed is a surprise” but would not characterize the situation as an intelligence failure. He said it has long been known that Afghanistan would fall to the Taliban if the United States pulled out.

“Given how much we have invested in the Afghan army, it’s not ridiculous for analysts to believe that they’d be able to put up a fight for more than a few days,” Murphy said. “You want to believe that trillions of dollars and 20 years of investment adds up to something, even if it doesn’t add up for the ability to defend the country in the long run.” 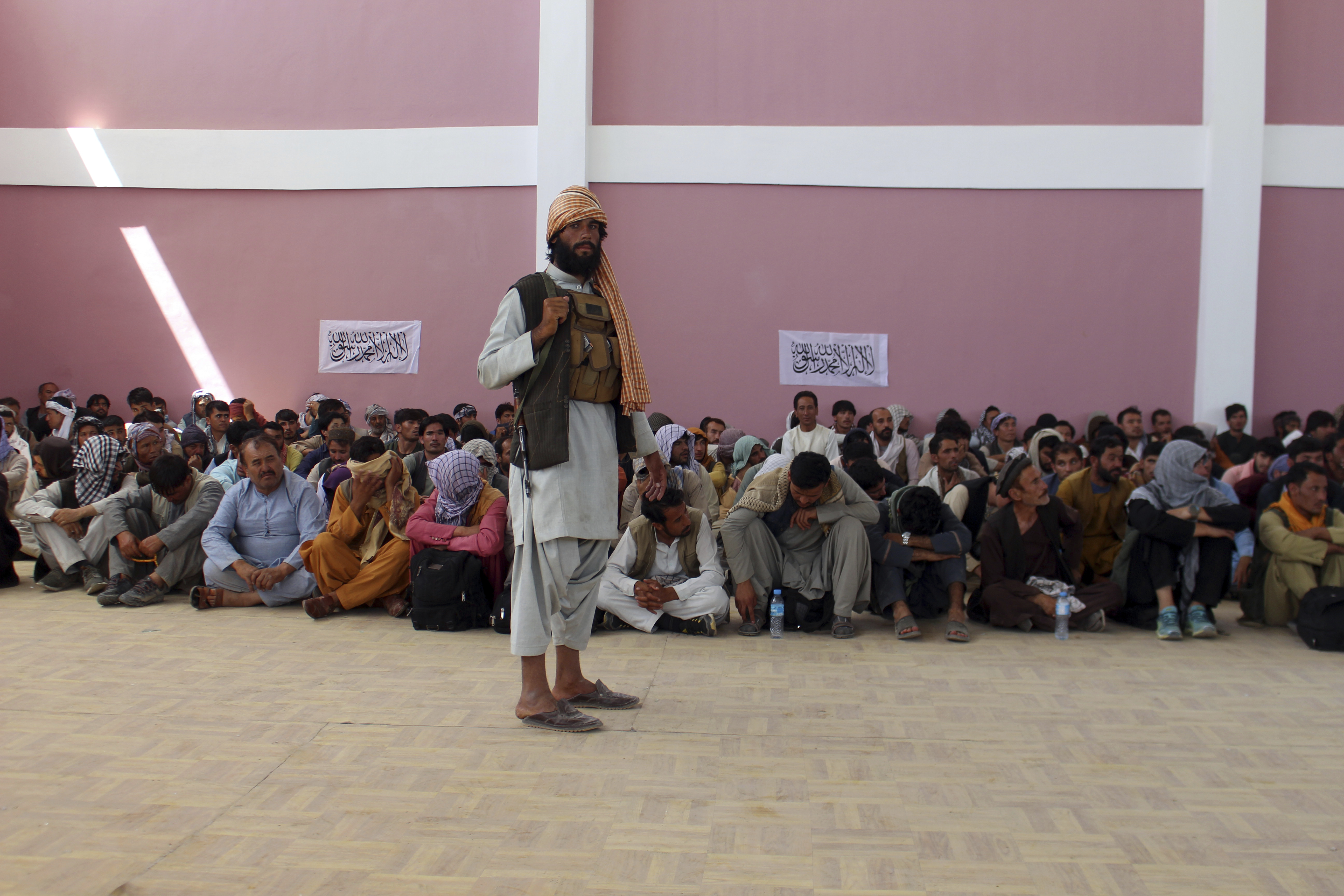 Afghans Fear a Return to Brutal Rule Despite Taliban Vows 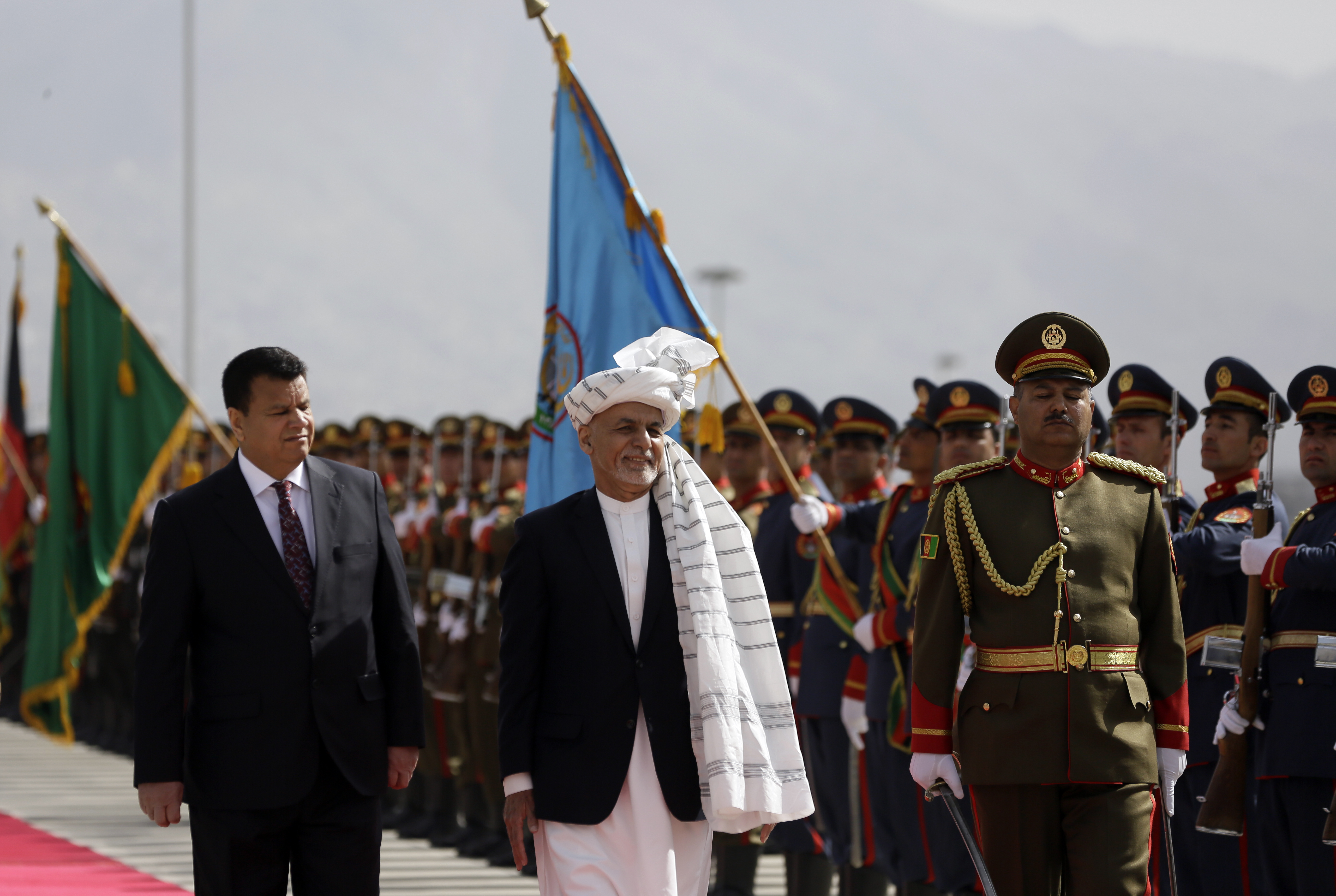 Afghan President Was Isolated Before Slipping Into Exile

In the upper ranks of Biden’s staff, the rapid collapse in Afghanistan only confirmed the decision to leave: If the meltdown of the Afghan forces would come so quickly after nearly two decades of American presence, another six months or a year or two or more would not have changed anything.

Biden has argued for more than a decade that Afghanistan was a kind of purgatory for the United States. He found it to be corrupt, addicted to America’s largesse and an unreliable partner that should be made to fend for itself. His goal was to protect Americans from terrorist attacks, not building a country.

As vice president, he argued privately against Obama’s surge of 30,000 troops into Afghanistan in a bid to stabilize the country so that the United States and its allies could then pull back their forces.

As president, Biden said in July that he made the decision to withdraw with “clear eyes” after receiving daily battlefield updates. His judgment was that Afghanistan would be divided in a peace agreement with the Taliban, rather than falling all at once.

“There’s going to be no circumstance where you see people being lifted off the roof of a embassy in the — of the United States from Afghanistan,” he said in July. “The likelihood there’s going to be one unified government in Afghanistan controlling the whole country is highly unlikely.”