Ashton Kutcher had a big surprise for Ellen DeGeneres — and it came in seven figures.

The actor surprised the daytime host when he stopped by the set Wednesday to deliver some unexpected news. When the star made his arrival, he asked DeGeneres what she has been up to.

She said she was preparing to go "to Africa to start building the campus. I'm going to look at where I'm going to build my campus to save the mountain gorillas." 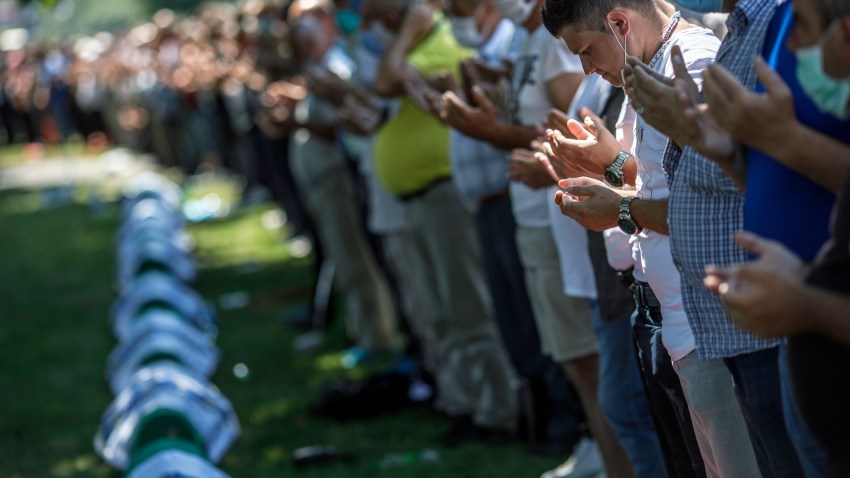 Kutcher then brought out music manager Guy Oseary. The two are Sound Ventures business partners and have been working with Ripple, a platform that transfers money.

"They're talking about the ethic of this company and this platform and how they actually really care about ... giving a portion of this platform away to people that are doing good in the world," Kutcher said of Ripple.

Kutcher said DeGeneres is one of those people doing good.

"You never ask anyone for help ever," the actor noted.

Oseary, who is also a friend of DeGeneres, was in agreement.

"You're always thinking about everyone else and we wanted to show you that people are thinking about you," Kutcher added. "So, on behalf of Ripple, we'd like to give you $4 million."

DeGeneres was awestruck as her eyes began to well up.

"Usually people come out with the big, giant check ... but we can actually transfer it into Rwandan franks right now, right here, and all we have to do is push this button and it's in your account," Kutcher further explained as he held his phone up to her.

Needless to say, DeGeneres was overwhelmed by the generous donation.

"Oh my God. That was the most amazing thing," she said. "I love you both so much, you know that."