US Military Departs Kabul Leaving Some Americans, Many Afghans Behind

As the final five U.S. military transport aircraft lifted off out of Afghanistan, they left behind fewer than 200 Americans and thousands of desperate Afghans who couldn't get out and now must rely on the Taliban to allow their departure.

Secretary of State Antony Blinken said the U.S. will continue to try to get Americans and Afghans out of the country, and will work with Afghanistan’s neighbors to secure their departure either over land or by charter flight once the Kabul airport reopens.

“We have no illusion that any of this will be easy, or rapid,” said Blinken, adding that the total number of Americans who are in Afghanistan and still want to leave may be "closer to 100."

Speaking shortly after the Pentagon announced the completion of the U.S. military pullout Monday, Blinken said the U.S. Embassy in Kabul will remain shuttered and vacant for the foreseeable future. American diplomats, he said, will be based in Doha, Qatar.

“We will continue our relentless efforts to help Americans, foreign nationals and Afghans leave Afghanistan if they choose,” Blinken said in an address from the State Department. "Our commitment to them holds no deadline.” 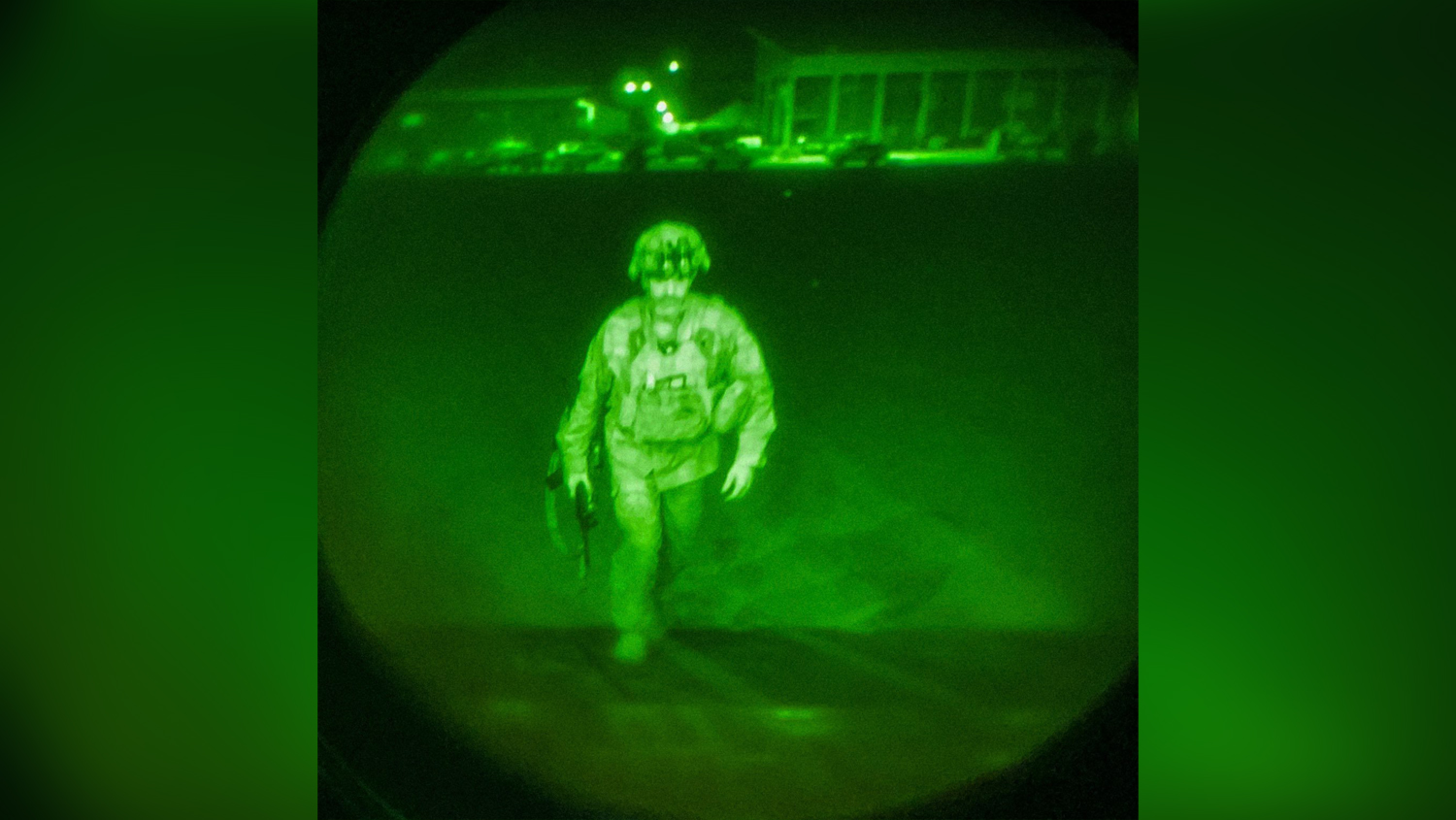 Army General Was the Last Soldier to Leave Afghanistan 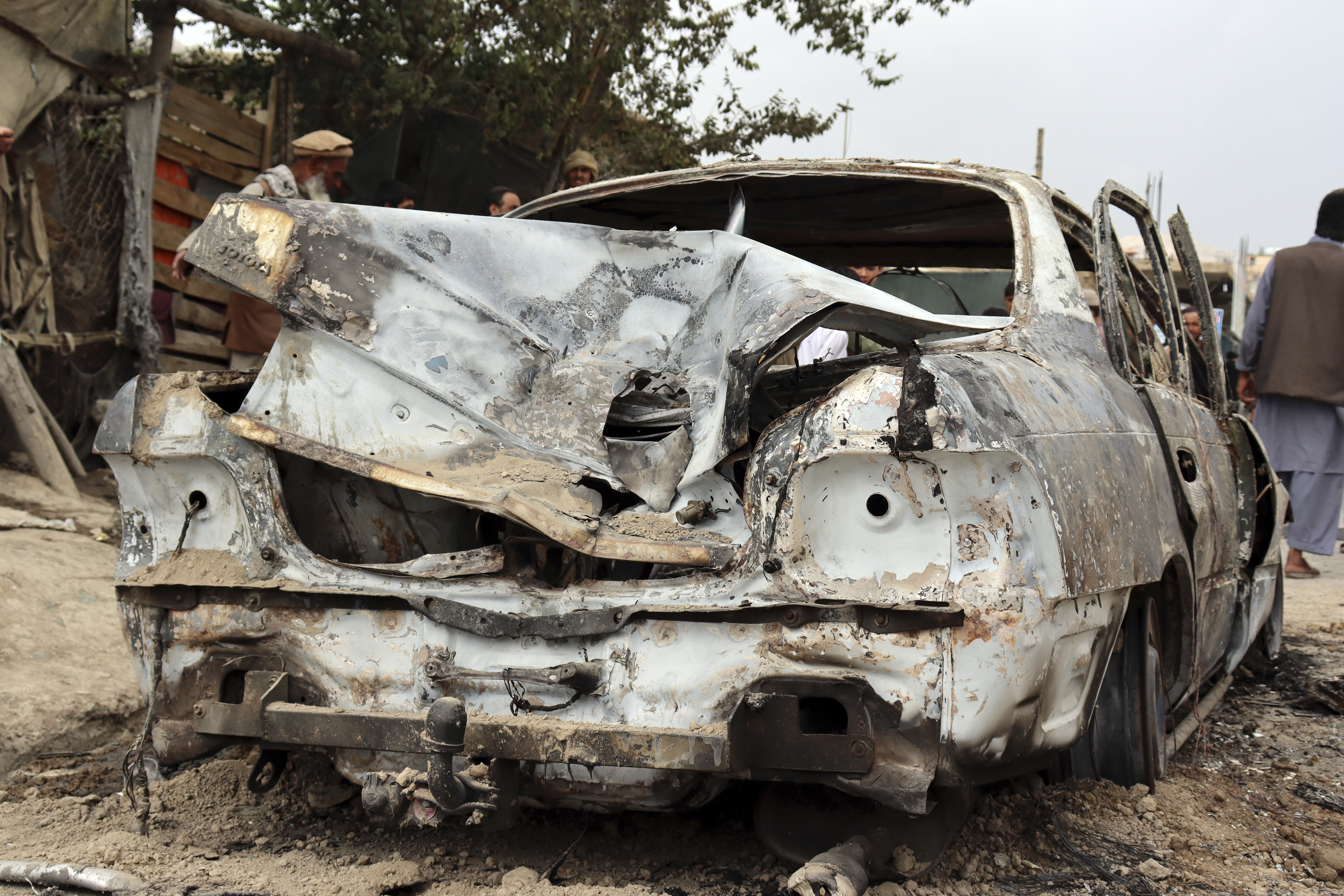 Marine Gen. Frank McKenzie, head of U.S. Central Command, told reporters the U.S. military was able to get as many as 1,500 Afghans out in the final hours of the American evacuation mission. But now it will be up to the State Department working with the Taliban to get any more people out.

McKenzie said there were no citizens left stranded at the airport and none were on the final few military flights out. He said the U.S. military maintained the ability to get Americans out right up until just before the end, but “none of them made it to the airport.”

McKenzie and other officials painted a vivid picture of the final hours U.S. troops were on the ground, and the preparations they took to ensure that the Taliban and Islamic State group militants did not get functioning U.S. military weapons systems and other equipment.

The terror threat remains a major problem in Afghanistan, with at least 2,000 “hard core” members of the Islamic State group who remain in the country, including many released from prisons as the Taliban swept to control.

ISIS-K is a terror group behind the bombing that killed more than 100 people at an airport in Kabul, Afghanistan. Many of its members were recently released from jails as Taliban fighters took over the country. But the groups have their differences from the Taliban too - NBC News Tehran Bureau Chief Ali Arouzi explains.

Underscoring the ongoing security threats, the weapon systems used just hours earlier to counter IS rockets launched toward the airport were kept operational until “the very last minute” as the final U.S. military aircraft flew out, officials said. One of the last things U.S. troops did was to make the so-called C-RAMS (Counter Rocket, Artillery and Mortar System) inoperable.

Throughout the day, as the final C-17 transport planes prepared to take off, McKenzie said the U.S. kept “overwhelming U.S. airpower overhead” to deal with potential IS threats.

Back at the Pentagon, Defense Secretary Lloyd Austin and Gen. Mark Milley, chairman of the Joint Chiefs of Staff, watched the final 90 minutes of the military departure in real time from an operations center in the basement.

According to a U.S. official, they sat in hushed silence as they watched troops make last-minute runway checks, make the key defense systems inoperable and climb aboard the C-17s. The official said you could hear a pin drop as the last aircraft lifted off, and leaders around the room breathed sighs of relief. Later, Austin phoned Maj. Gen. Christopher Donahue, commander of the 82nd Airborne Division, who was coordinating the evacuation. Donahue and acting U.S. ambassador to Afghanistan Ross Wilson were the last to board the final plane that left Kabul.

Officials spoke on condition of anonymity to provide details of military operations.

“Simply because we have left, that doesn’t mean the opportunities for both Americans that are in Afghanistan that want to leave and Afghans who want to leave, they will not be denied that opportunity,” said McKenzie.

The military left some equipment for the Taliban in order to run the airport, including two firetrucks, some front-end loaders and aircraft staircases.

Blinken said the U.S. will work with Turkey and Qatar to help them get the Kabul airport up and running again.

“This would enable a small number of daily charter flights, which is a key for anyone who wants to depart from Afghanistan moving forward,” he said.