Shanteari Weems, 50, told police she shot her husband, 57-year-old James Weems Jr., after they had argued at the hotel about accusations he had abused children at the Lil Kidz Kastle day care

A woman accused of shooting and injuring her husband at the Mandarin Oriental Hotel in D.C. while confronting him about accusations of child sexual abuse says she fired in self defense, her attorney argued Friday.

Shanteari Weems, 50, told police she shot her husband, 57-year-old James Weems Jr., after they had argued at the hotel about accusations he had abused children at the Lil Kidz Kastle, the day care Shanteari Weems operates in Owings Mills, Maryland, police said.

"She made a decision that protecting children is the most important thing in her life," her attorney said Friday.

Police said they found James Weems shot in the neck and in the leg in a room on the eighth floor of the Mandarin Oriental. Shanteari Weems was inside the room, police said.

James Weems, a retired Baltimore police detective, was at the hotel because he was providing security for a conference in D.C.

Shanteari Weems said she came to the hotel to talk to him and she wanted to hear him deny the allegations of abuse, according to her attorney. But while she was there, a parent contacted her about another allegation of abuse, and their confrontation escalated, the attorney said.

"She went down there asking him what happened. It went from zero to a thousand. He came at her and she had to defend herself," Shanteari Weems' attorney said. 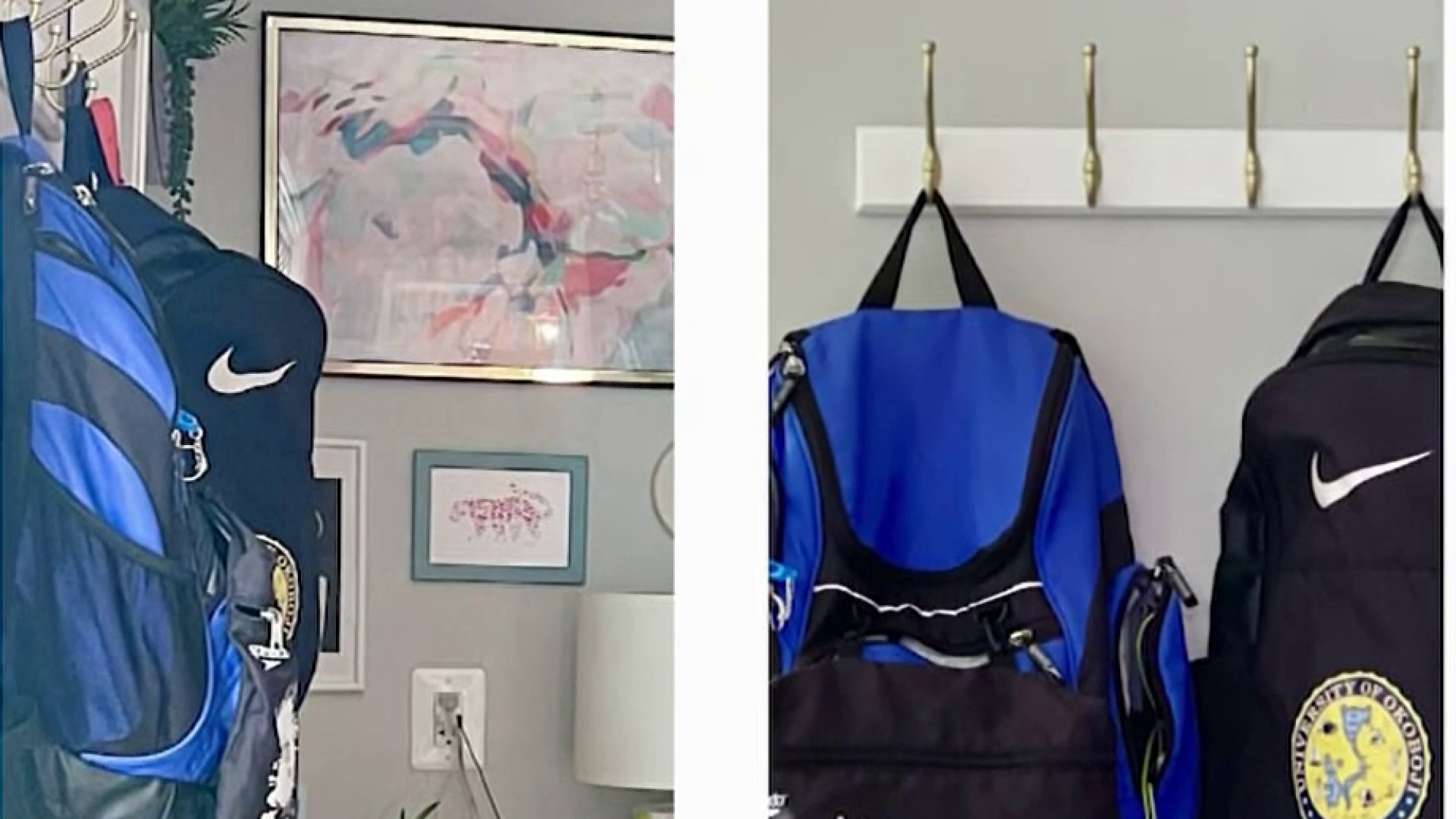 There were moments of panic and chaos when fire alarms went off at the Mandarin Oriental Hotel and guests were forced out onto the street. News4's Jackie Bensen reports a man was shot during a domestic incident.

Both Shanteari and James Weems were licensed to carry firearms and a police detective testified that two guns were in the room, one in a safe and another in a black leather bag.

Police said Shanteari left a note inside saying that she wanted to wound her husband, not kill him. The notebook also had writings about putting a bullet in his head, police said.

On Tuesday, Baltimore County police detectives said they recently began investigating James Weems after they learned about allegations that he sexually abused at least three children. James Weems was arrested while hospitalized and he faces 13 charges of abuse.

Shanteari Weems, a former corrections officer, was arrested and charged with assault with intent to kill.

A judge denied her pre-trial release Friday and said she should have known that the system would address the allegations against her husband. She is being held in jail without bond and is due back in court on Aug. 9.

Baltimore County police said the day care facility is closed for the time being.

Families who are concerned about potential sexual abuse can contact Baltimore County detectives at 410-307-2020.