Officer Brian Sicknick's urn was carried through one of the entrances the Jan. 6 rioters broke through, and groups of them paraded through the Rotunda where his ashes lay

Members of Congress and U.S. Capitol Police officers paid tribute Wednesday to Officer Brian Sicknick, who lay in honor for a second day in the building he died defending.

“Our promise to Brian’s family is that we will never forget his sacrifice,” House Speaker Nancy Pelosi said at a solemn memorial ceremony attended by Sicknick's family.

"Bless those who fought for freedom with him," the House chaplain said in an invocation.

One by one, Sicknick's fellow officers walked up to his remains and saluted.

After the ceremony, Sicknick’s urn was taken out of the building as hundreds of his fellow officers lined the Capitol’s east front. They saluted his hearse as it departed for Arlington National Cemetery, where he will be interred.

Sicknick died after defending the Capitol on Jan. 6 against the mob that stormed the building and interrupted the electoral count after then-President Donald Trump urged supporters on the National Mall to “fight like hell” to overturn his defeat. Capitol Police said in a statement that Sicknick, who died the next day, was injured “while physically engaging with protesters,” though a final cause of death has not yet been determined.

President Joe Biden traveled to the Capitol to pay tribute to Sicknick shortly after a ceremony Tuesday night. The president briefly placed his hand on the urn in the center of the Capitol Rotunda, saying a prayer and sadly shaking his head as he observed a memorial wreath nearby. Pelosi, Senate Majority Leader Chuck Schumer and a handful of other congressional leaders also paid their respects.

Sicknick, 42, of South River, New Jersey, enlisted in the National Guard six months after graduating high school in 1997, then deployed to Saudi Arabia and later Kyrgyzstan. He joined the Capitol Police in 2008. Like many of his fellow officers, he often worked security in the Capitol itself and was known to lawmakers, staff and others who passed through the building’s doors each morning.

Senate Majority Leader Chuck Schumer, speaking at the ceremony Wednesday, talked of the deep scars left by the assault.

He said Sicknick was the “quiet rock” of his unit who was “caught at the wrong place at the wrong time, on a day when peace was shattered.”

The day was full of solemn ceremony and of reminders of the violence that occurred a month ago. Some of the evidence remains visible, including shattered windows and dented wood doors. Sicknick's urn was carried through one of the entrances the rioters broke through, and groups of them paraded through the Rotunda where his ashes lay. The lawmakers who attended the ceremony — some of them wiping away tears — evacuated the House and Senate as the rioters closed in. 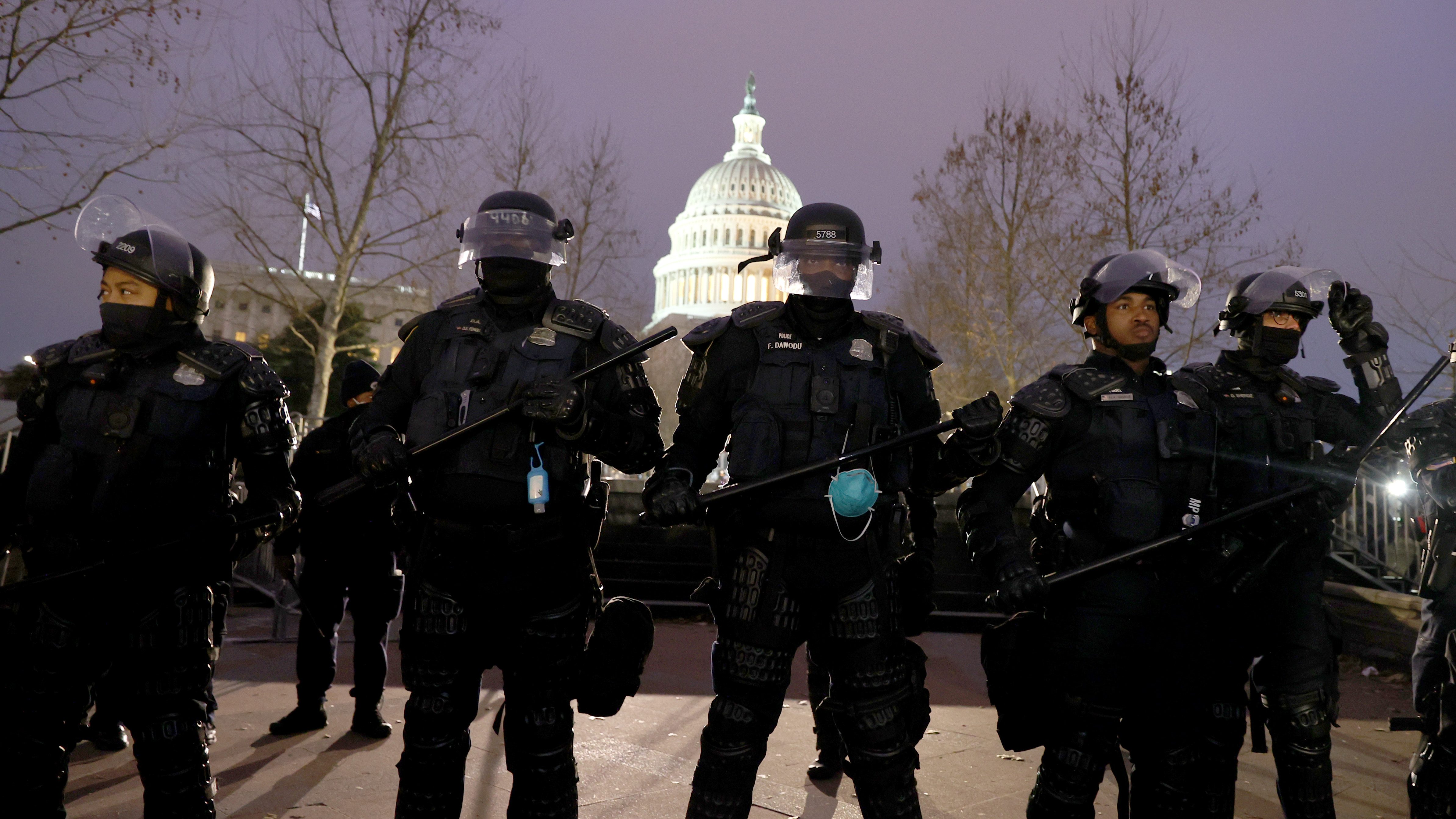 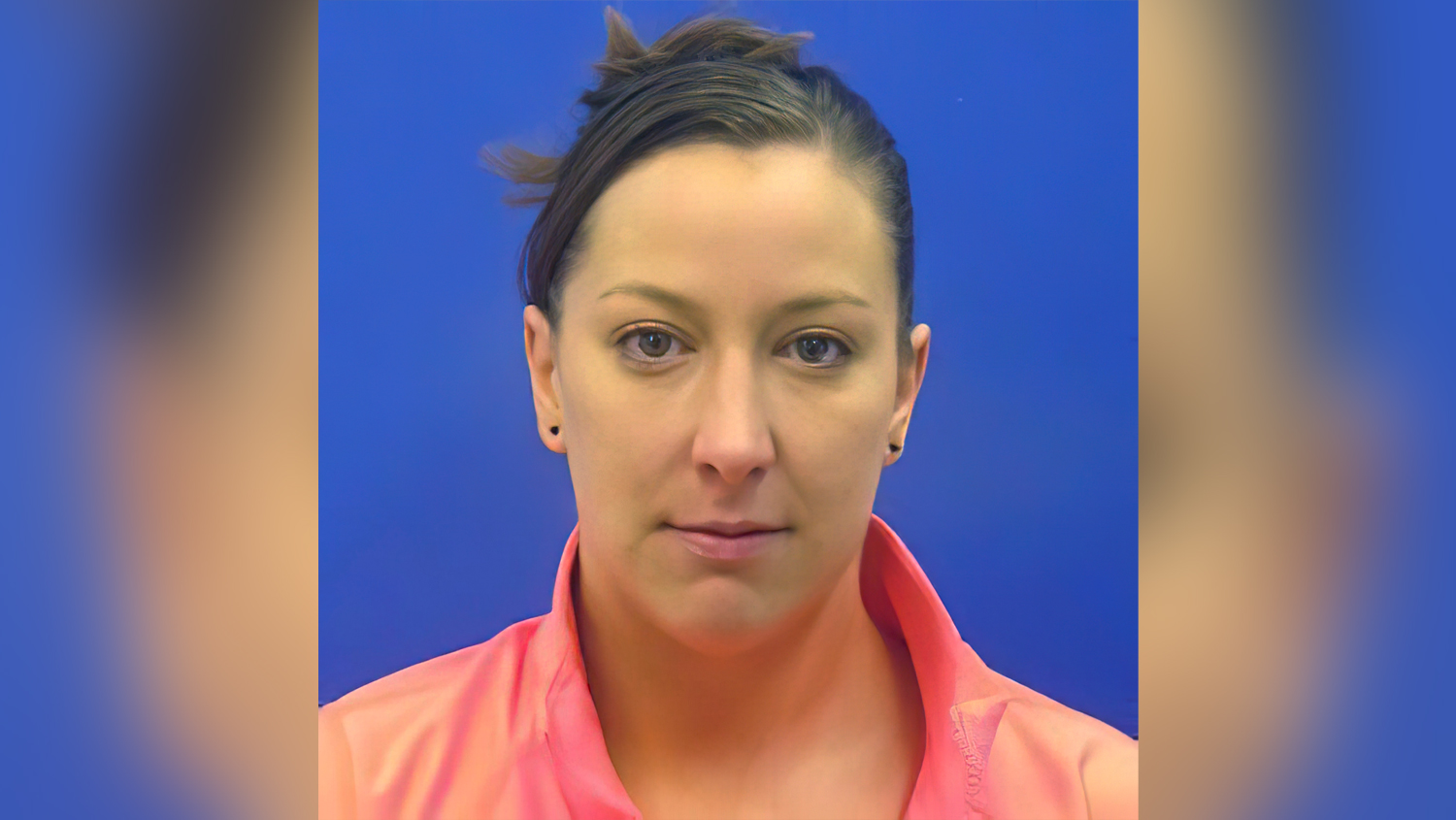 “Four weeks ago, the Rotunda was strewn with the debris of an insurrectionist mob,” Senate Republican leader Mitch McConnell said on the Senate floor Wednesday morning. “Today, it is adorned in solemn thanksgiving for the sacrifice of a hero.”

There are still questions about Sicknick's death, which was one of five as a result of the rioting. As the mob forced its way in, Sicknick was hit in the head with a fire extinguisher, two law enforcement officials said. He collapsed later on, was hospitalized and died. The officials could not discuss the ongoing investigation publicly and spoke to The Associated Press on condition of anonymity.

Investigators are also examining whether he may have ingested a chemical substance during the riot that may have contributed to his death, the officials said.

In addition to congressional leaders, guests at the ceremony included Defense Secretary Lloyd Austin, Army Gen. Mark Milley, chairman of the Joint Chiefs of Staff, and Washington Mayor Muriel Bowser. Also in attendance was Wenling Chestnut, widow of slain Capitol Police Officer Jacob Chestnut, one of two Capitol Police officers killed by a gunman in 1998. After viewing the urn, she walked to the side and sobbed quietly into a companion's shoulder.

Chestnut and the other officer who was killed, John Gibson, also lay in honor after their deaths. The only other two people to have been given the same honor are civil rights leader Rosa Parks, who died in 2005, and the Rev. Billy Graham, who died in 2018.

Footage captured during the U.S. Capitol Riot shows a Capitol police officer backing away from a mob of rioters, leading them away from the Senate chamber.

Democratic Sen. Dick Durbin of Illinois said on the Senate floor after the ceremony that he will remember Sicknick during the trial, and the loss that his family has endured because of Trump's baseless claims that the election was stolen from him.

“For anyone who makes the argument that when it comes to Jan. 6 it's time for America to get over it, I'm going to remember one police officer who gave his life to protect me and to protect this Capitol,” Durbin said.