The Washington School for Girls started in an apartment basement in southeast D.C. with 30 students. Twenty years later it has 130 students with a waiting list of applicants.

A group of woman joined forces to fill what they saw was a need.

“That was my vision,” Jennifer Gibbs Phillips said, “to start a school for girls in an underserved community here in Washington 34:50

After working as teacher, then principal in D.C. schools for 25 years Gibbs-Phillips wanted to do something about what she saw as a vulnerable group: Junior high school girls in Ward 8 of the city. 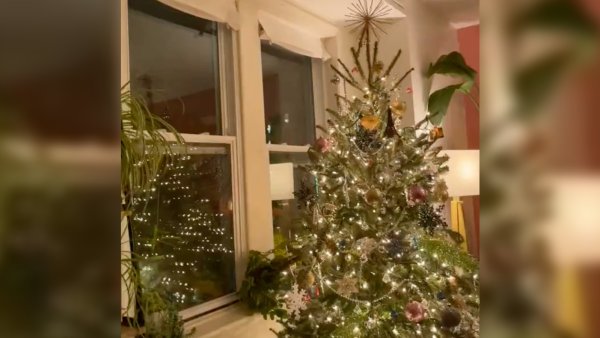 Opportunity came when a school closed in Maryland.

“I was the principal who had to close the school,” Sister Janet Stolba said. “It was the saddest day of my life.”

Stolba and other nuns were suddenly educators without a school.

“There just weren't enough girls for the number of Catholic girl schools that existed in the city at the time,” she said.

Someone facilitated an introduction to Gibbs-Phillips.

“We met for two years and started a tutoring program,” Gibbs-Phillips said.

Some students at the Washington School for Girls agree boys can be distracting.

“Girls can't focus because they're thinking about boys, and I feel we focus more,” seventh grader Leya Ellis said.

“They challenge us to do better and more things and to achieve our goals and to make it in life,” eighth grader Dymond Fowler said.

While religion is part of the curriculum, it has never been the basis for admission.

“We hoped to be totally ecumenical and accepting everyone,” Stolba said.

“The education is phenomenal,” sixth grader Te’ryah said, “and I have to say, I didn't think there was a school that provided this level of education, especially in middle school.

The school has a new president this year: Beth Reaves, who believes in the school's mission.

“I did attend an all-girls high school when I grew up, and so I feel like I saw the benefit that you can really have with single-gender education and really like empowering girls to find their voice early and just feel strong in themselves and take that forward in their lives,” she said.

The school now includes the third, fourth and fifth grades.