Peter Read, whose daughter Mary was killed in the 2007 Virginia Tech massacre, begged lawmakers to pass the bill

Virginia Gov. Ralph Northam's push to ban the sale of assault weapons has failed after members of his own party balked at the proposal.

Senators voted to shelve the bill for the year and ask the state crime commission to study the issue, an outcome that drew cheers from a committee room packed with gun advocates.

The vote is a stinging setback for gun safety activists and big victory for gun rights proponents. The will would have prohibited the sale of certain semiautomatic firearms, including popular AR-15 style rifles, and banned bump stocks and the possession of magazines that hold more than 12 rounds.

The bill was a top priority for Northam, a Democrat who has campaigned heavily for a broad package of gun-control measures.

A spokeswoman for the governor said he was "disappointed" in the vote but that the bill would return next year.

"Despite today’s vote, the Governor is proud of the several commonsense gun safety measures that continue to advance," she said. "These bills represent historic steps forward in keeping Virginians safe from gun violence. Make no mistake —they will save lives."

Peter Read, whose daughter Mary was killed in the 2007 Virginia Tech massacre, begged lawmakers to pass the bill. The National Riffle Association opposed it.

The legislation also engendered the biggest pushback from gun owners and gun-right advocates, who accused the governor and others of wanting to confiscate commonly owned guns and accessories from law-abiding gun owners. Northam has said repeatedly he does not want to confiscate guns, but argued that banning new sales of assault weapons and high-capacity magazines would help prevent mass murders.

Virginia is the current epicenter of the country's heated debate over gun control and mass shootings. Tens of thousands of gun-rights activists from across the country flooded the state Capitol and surrounding area in protest, some donning tactical gear and carrying military-style rifles. 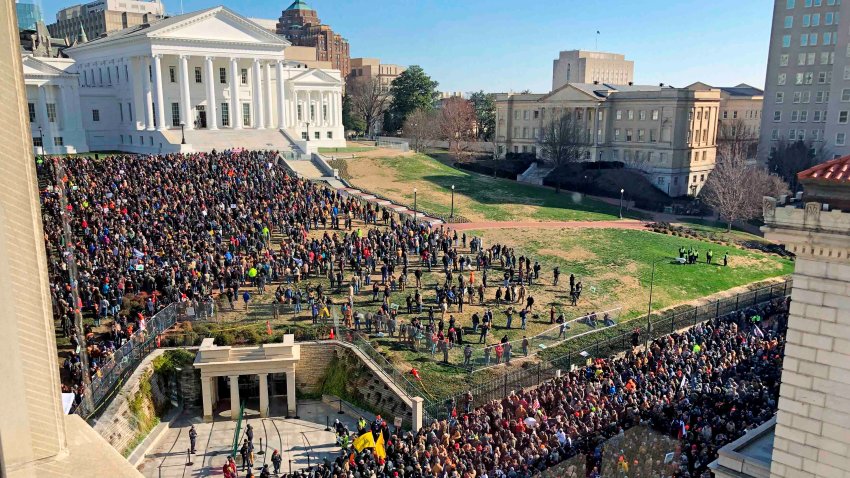 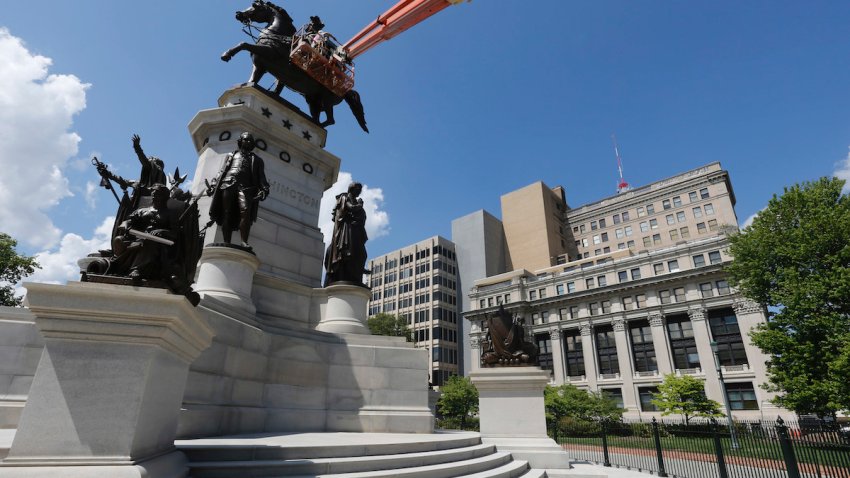 Northam has been able to get much of his gun-control agenda passed this year, but struggled with the proposed assault weapon ban. Earlier proposals to ban possession of AR-15-style rifles or to require owners to register them with state police have been scrapped. The governor had hoped a watered-down would win over enough Democratic moderates for passage.

An estimated 8 million AR-style guns have been sold since they were introduced to the public in the 1960s. The weapons are known as easy to use, easy to clean and easy to modify with a variety of scopes, stocks and rails.

Lawmakers in both the House and Senate have already advanced several other gun-control measures and should finalize passage in the coming days. Those bills include limiting handgun purchases to once a month, universal background checks on gun purchases, allowing localities to ban guns in public buildings, parks and other areas, and a red flag bill that would allow authorities to temporarily take guns away from anyone deemed to be dangerous to themselves or others.