Thousands of gun-rights activists — some brandishing their military-style rifles — crowded the streets surrounding Virginia's Capitol building Monday to protest plans by the state's Democratic leadership to pass gun-control legislation. About 22,000 people attended, according to Capitol police.

The Richmond protesters, who were mostly white and male, came out in strong numbers despite the chilly temperature to send a message to legislators, they said.

"The government doesn't run us. We run the government," said Kem Regik, a 20-year-old private security officer from Northern Virginia who brought a white flag with a picture of a rifle captioned "Come and take it."

The demonstration Monday morning was peaceful, News4 reporters in the crowd said. Demonstrators took up a new slogan for resistance, chanting, "We will not comply."

Among the speakers was Stephen Willeford, who confronted a mass killer outside a Texas church in 2017, helping to capture him.

“Had I had anything other than an AR-15, I probably would have been counted among the casualties,” he said.

Many of the demonstrators said they were frustrated and fearful about gun-control legislation working its way through the General Assembly.

"We deserve to carry guns. We're not the ones committing crimes," Betty Comerford of Leesburg said.

Veronica Slootsky, a gun rights supporter from Fairfax County, said she was lobbying her representatives like Sen. Dan Helmer, who is proposing to ban indoor shooting ranges at businesses with more than 50 employees, like NRA headquarters.

“My life was threatened three years ago by a patient who wanted to kill me, and the NRA range is where I first learned how to defend myself,” she said.

Slootsky lobbied on behalf of the Jewish community.

“We have a lot of concerns about safety of the Jewish community, given these new laws,” she told Sen. David Marsden.

Her team explained why some of the proposed gun laws would prevent Jewish people carrying guns at religious events where they already feel targeted.

“A rabbi wouldn’t even be able to carry a weapon in his own synagogue,” Steve Birnbaum said. “SB 35, that allows a municipality to ban firearms at permitted events, our Hanukkah menorah lightings are permitted events. Our highest risk events we would be left defenseless.”

“In terms of what I would vote on, I think there’s sort of a bright line between what private schools and organizations can do versus public buildings,” Marsden replied.

Minutes before the rally began, Trump tweeted that Virginia Democrats were "working hard to take away your 2nd Amendment rights." He tweeted Friday that "they will take your guns away."

Gov. Ralph Northam declared a temporary state of emergency days ahead of the rally, banning all weapons, including guns, from the event on Capitol Square. The expected arrival of thousands of gun-rights activists — along with members of militia groups and white supremacists — raised fears the state could again see the type of violence that exploded in Charlottesville in 2017.

The Virginia State Police, the Virginia Capitol Police and the Richmond Police had a huge police presence with both uniformed and plainclothes officers. Police limited access to Capitol Square to only one entrance and warned rally-goers they may have to wait hours to get past security screening. Authorities started letting people in at the sole public entrance just before 7:30 a.m.

Only one arrest was made. About 1:30 p.m. a 21-year-old Richmond woman was arrested for wearing a mask in public.

Authorities wanted to avoid a repeat of the violence that erupted in 2017 in Charlottesville during one of the largest gatherings of white supremacists and other far-right groups in a decade. Attendees brawled with counterprotesters, and an avowed white supremacist drove his car into a crowd, killing a woman and injuring dozens more. Law enforcement officials faced scathing criticism for what both the white supremacist groups and anti-racism protesters said was a passive response.

In contrast to Charlottesville, there was little sign of any counterprotesters challenging the gun-rights activists.

PJ Hudson, 31, a truck driver from Richmond, wore an AR-15 and posed for pictures.

"I love this. This is like the Super Bowl for the Second Amendment right here," said Hudson, whose shirt said "Black guns matter."

Jesse Lambert was dressed in mix of colonial era minute-man garb and cargo pants, with a Colt rifle strapped across his back. He said he traveled from Louisiana to show opposition to the gun control bills. He said their efforts would unfairly punish law-abiding gun owners, particularly those who own AR-style rifles.

“These are your average common people carrying firearms that are in common use,” he said.

Monday's rally was organized by an influential grassroots gun-rights group, the Virginia Citizens Defense League. The group holds a yearly rally at the Capitol, typically a low-key event with a few hundred gun enthusiasts listening to speeches from a handful of ambitious Republican lawmakers. But this year, many more attended. Second Amendment groups have identified the state as a rallying point for the fight against what they see as a national erosion of gun rights. 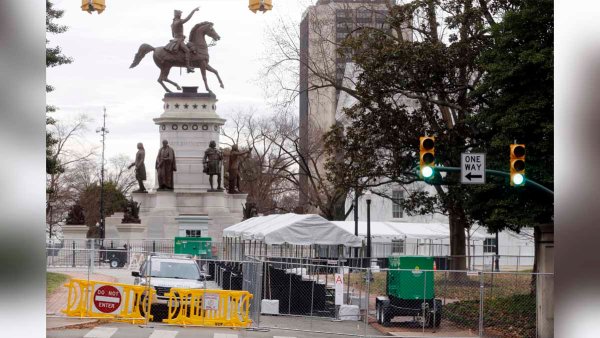 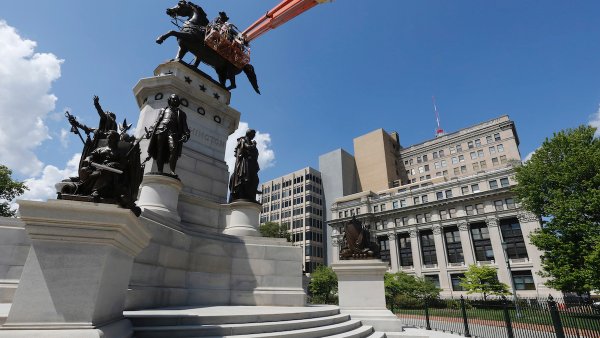 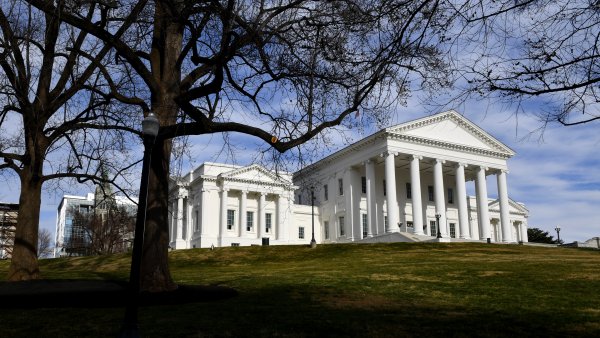 Guns were a key topic of last year's state legislative elections — particularly after a mass shooting in Virginia Beach claimed a dozen lives — and gun-control groups heavily funded Democratic candidates. Northam and Democratic lawmakers have credited their focus on gun control for helping them win full control of the General Assembly for the first time in more than two decades.

But the focus on gun control has sparked a massive backlash. In the months since November’s election, gun owners have descended on local government offices to demand they establish sanctuaries for gun rights. More than 100 counties, cities and towns have declared themselves Second Amendment sanctuaries and vowed to oppose any new “unconstitutional restrictions” on guns.

The pushback against proposed new gun restrictions began immediately after Democrats won majorities in both the state Senate and House of Delegates in November. Much of the opposition has focused on a proposed assault weapons ban.

Virginia Democrats are also backing bills limiting handgun purchases to once a month, implementing universal background checks on gun purchases, allowing localities to ban guns in public buildings, parks and other areas, and a red flag bill that would allow authorities to temporarily take guns away from anyone deemed to be dangerous to themselves or others.

The rally coincides with the Martin Luther King Jr. holiday, which is typically a chance for everyday citizens to use a day off work to lobby their legislators. However, the threat of violence largely kept other groups away from the Capitol on Monday, including gun control groups that hold an annual vigil for victims of gun violence.

"There is a lot of noise today, but I think Virginia voters made it abundantly clear on Nov. 5 that we want gun safety laws," said Courtney Champion of Moms Demand Richmond.

When that event was canceled, a group of students from March for Our Lives, the movement launched after 17 were killed at Marjory Stoneman Douglas High School in Parkland, Florida, in 2018, decided they had to do something.

A group of about 15 college students and one high schooler came to Richmond on Sunday and slept overnight in the offices of two Democratic lawmakers to ensure they could make it into the Capitol area safely. Del. Dan Helmer, who’s sponsoring a bill that would block the National Rifle Association from operating an indoor gun range at its headquarters, and Del. Chris Hurst, a gun control advocate whose TV journalist girlfriend was killed in an on-air shooting in 2015, camped out alongside them.

The students planned to spend the day lobbying.

Michael McCabe, a 17-year-old high school senior from Northern Virginia, said he started lobbying at the General Assembly after the Sandy Hook mass shooting, when he was 11 years old.

In an interview in Helmer’s office, McCabe said the students wanted to be a voice for other gun-control advocates.

“Our main goal is not to engage with gun extremists today,” McCabe said. “We are really here to be present in the legislature to make our voices heard.”

Virginia Beach carpenter Andy Kincaid, 59, got up at 2 a.m. to come to Richmond but said he thinks the number of attendees was probably overstated, as the cold weather and rumors of anti-fascist infiltrators may have kept some away.