"This many red flags is a sign of a real problem"

Two more Black women have stepped forward with allegations of discrimination and retaliation within the Metropolitan Police Department.

Their lawsuit is the third brought by current and former Black, female officers who say the department has a toxic work environment.

Lisa Burton and Felicia Carson said they were pushed out of MPD’s Internal Affairs Bureau for complaining about bias, racism and sexism.

"I personally was bullied by the white officials in IAB," Burton said. 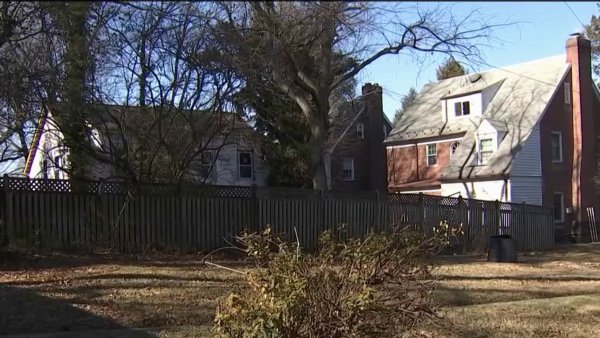 Burton and Carson spoke at a town hall meeting held Wednesday night at a church in Southeast D.C.

"The higher-ups are willfully blind to this behavior,” Carson said. “It’s blatant. My termination was blatant."

After 29 years on the force, Carson says she was unjustly terminated for refusing to look the other way in an internal affairs investigation she led into alleged excessive use of force by a white officer against a Black man.

There are renewed calls for change inside the Metropolitan Police Department after two more Black women came forward with allegations of discrimination. The former officers were joined with current members of the force and the community. News4's Jackie Bensen reports.

In their lawsuit, the women accuse the head of IAB of showing a pattern of favoritism toward white officers and using his power to protect the officer in Carson’s case.

“One person violated someone’s civil rights; that person is still employed,” said attorney Pam Keith, who represents both women. “One person reported and did the investigation of that incident. That person got fired. If it seems wrong to you, it should."

The pair join more than a dozen current and former Black, female police officers who have recently sued the department over allegations of discrimination, harassment and retaliation in the workplace.

“Irrespective of the merit of any particular claim, this many red flags is a sign of a real problem," Keith said.

Despite the potential threat to their professional lives, Carson and Burton believe for the sake of their colleagues and the public, they had to speak up.

“The culture itself is such that Black women are invisible and expendable,” Burton said.

It will take some time for the lawsuits to play out in court.

MPD has not responded to a request for comment on the latest lawsuit, but in the past the department has said it takes the allegations seriously and will conduct a thorough review.

Carson and Burton said they hope that by speaking out they can help produce change.

“Our goal is not to take scalps; our goal is to bring the people to the table who can make a difference,” Keith said.

Lifelong D.C. resident and retired MPD officer Ronald Hampton listened to Burton and Carson on Wednesday night. He said he’s started to feel despair that the changes in policing that felt so close after the murder of George Floyd now feel far away.

“We fought this battle, believe it or not, 40 years ago, and I’m not surprised to see it come back again, because our success was very topical. It was on the surface,” he said.

Keith believes the D.C. government can address the issue right now by holding a public hearing.