It's been 100 years since white mobs killed hundreds of residents and completely destroyed 35 blocks of a thriving Black community in Oklahoma, but Viola Fletcher, the oldest living survivor of the Tulsa Race Massacre, still remembers it like it was yesterday.

At the time, Fletcher was just 7 years old, and she couldn't understand why there was suddenly so much chaos in her neighborhood. When her mother told her they had to hurry up and leave town, she followed her instructions.

"(I) remember the noise of guns shooting, people running and screaming, noise from the air, like an airplane, fires burning and smelling smoke," the 107-year-old told NBC's Morgan Radford in a segment for Sunday TODAY. "We could hear someone going through the neighborhood (saying) that everybody should leave town, that they were killing all the Black people."

During the Tulsa Race Massacre, which took place between May 31 and June 1, 1921, an estimated 300 people died as a result of racist white mobs attacking the Greenwood neighborhood of Tulsa, which had become so successful it was known as Black Wall Street. Some 800 people were wounded, 8,000 were left homeless, and generations of wealth were destroyed. Those who escaped had to leave most of their possessions behind.

Calling the experience "something you don't forget," Fletcher said she saw the mob looting homes and Black bodies in the street. "I don't know if they were all dead, but they were laying out, not able to get up and move or get out of the way of whatever was happening."

"Every evening, I kind of have a feeling it's time to run and no telling what might happen," she continued. "I hardly sleep nights. I lost my appetite. ... They don't ever leave your mind, not mine. That's something I've been thinking about for the last hundred years."

"I think if people are brave enough to do that once, they will do it again, so we fear that as we live from day to day."

Fletcher's younger brother, Hughes Van Ellis, was just an infant at the time, but he said the aftermath of the massacre has stayed with him.

"I can't sleep at night. I have to have light," the 100-year-old said, adding that he still has nightmares. "I dream of what my sister told me. I dream of all (that) happened. I wake up about four times a night." 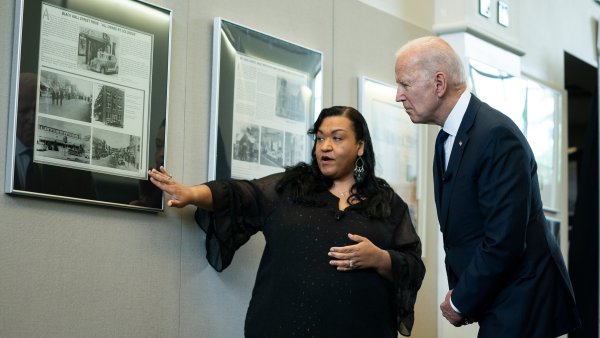 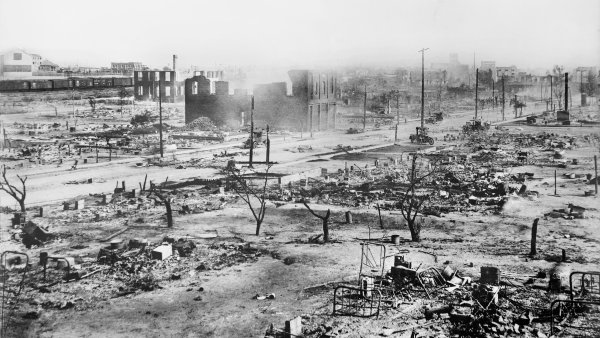 Black Wall Street Was Shattered 100 Years Ago. How the Tulsa Race Massacre Was Covered Up and Unearthed

In addition to carrying the memories of that night, the siblings also believe the massacre negatively impacted the trajectory of their lives.

"So many years, I didn't go to school full term, so I didn't get the education that I should have had, enough to make a decent living, like working and earning a big salary," Fletcher said.

Van Ellis added that he didn't have a chance to go to college because he had to work.

"It's not been the easiest," he said. "I think we should have justice for all of this. ... (Black people) have built the United States, and we don't get credit for that."

Over the course of his lifetime, which almost began with the Tulsa Race Massacre, Van Ellis said he's seen the country make some progress on its treatment of Black people.