Md. Board of Ed Charges Prince George's Board Chair With Incompetency, Neglect, Misconduct

The letter sent to Juanita Miller alleges she withheld ethics complaints from board members and illegally procured services without the board's approval.

The state board announced its vote to remove Miller last week. Miller has a legal right to request a hearing before an administrative judge.

“We asked and begged and pleaded for action to be taken at the local level, and then it was elevated to the state,” Prince George’s County board member Shayla Adams-Stafford. 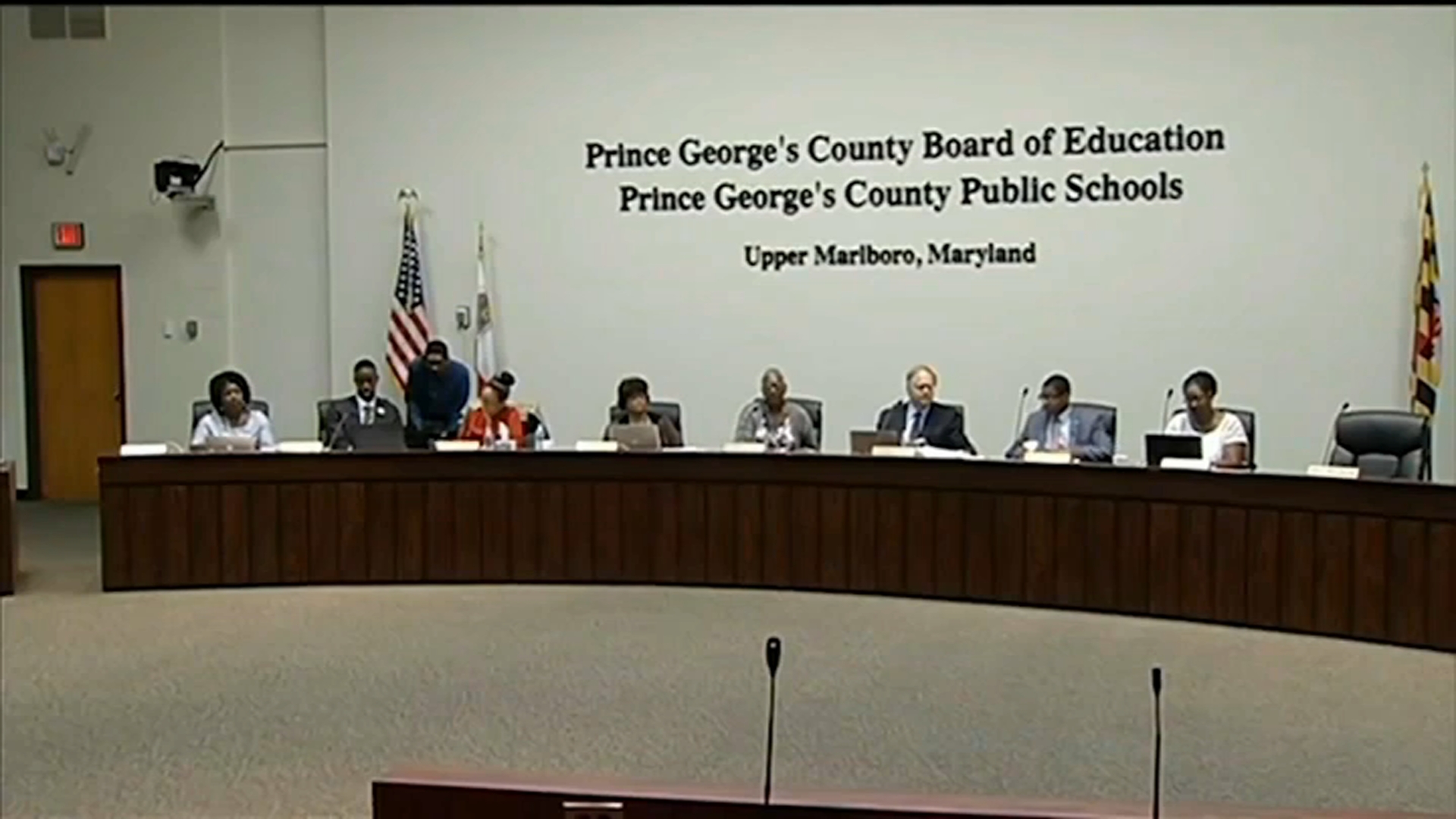 From the moment Miller was appointed there's been open conflict.

The board operated for months without an attorney with an interim deciding to quit.

The board's ethics panel agreed that the accused board members should be removed, but a vote to do so failed. The entire ethics panel later resigned amid criticism.

The back and forth ended up before the state board with both sides submitting complaints. Now the state board says the chair was in the wrong in a statement that says, "The State Board of Education voted to issue notice of charges against Dr. Juanita Miller. She may request a hearing before an administrative law judge at the Office of Administrative Hearings."

Miller was appointed by County Executive Angela Alsobrooks, who has stood by her leadership. Alsbrooks’ office released a statement saying, “We respect the process currently underway with the Maryland State Board of Education, and we will allow that process to reach its conclusion.”

Many of the board's members, including those at odds with Miller, have left to run for other offices.

The Maryland General Assembly changed the board's structure, and it will be able to choose its chair in December.