The president of the Herndon, Virginia-based Bob Ross Inc. is speaking out for the first time on camera since the release of a Netflix documentary that claims her family unfairly took over the famous artist's company after his death in 1995.

"He was interested in success, but not the way the Kowalskis were," Steve Ross says in the film.

Steve Ross alleges the Kowalskis tried to get Bob Ross to sign over rights to his name on his deathbed and that they have made millions of dollars from exploiting his name and image.

“Through the selling of products, they wanted to exploit that for profit,” Steve Ross said. 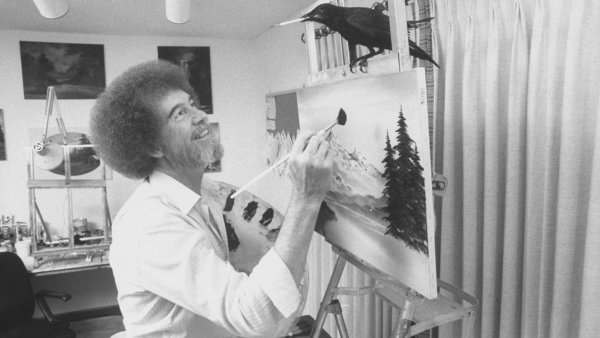 The Kowalski family refused an interview with Netflix and has never gone on camera
to address the allegations against them, until now.

Joan Kowalski is the daughter of Annette and Walt Kowalski. She said the family has no plans to change anything at the company and feels the documentary was unfair.

“There’s so many missing facts and there’s so much in it that isn’t true," she said.

Kowalski says her family bought out the rest of the company after Bob Ross died,
and she didn’t know Steve Ross was unhappy.

She also said she feels Bob Ross was closer to her than to his son and he trusted her more.

In 2017, Steve Ross sued the company, for the rights to use his father’s name. He lost, but later appealed.

He and the company reached a settlement, agreeing to share the rights.