In May of 1993, Katrina Harris and her mother Diane Hawkins were murdered and their bodies were mutilated

Editor's Note: This story contains details that some readers may find disturbing and distressing.

People gathered Tuesday for a vigil outside the house where two gruesome murders took place almost 30 years ago, after the convicted killer petitioned for release from prison due to the risk of contracting COVID-19.

Family members and friends of the victims held the vigil in the River Terrace neighborhood of Northeast D.C., partly to remember loved ones lost but also to send a message. 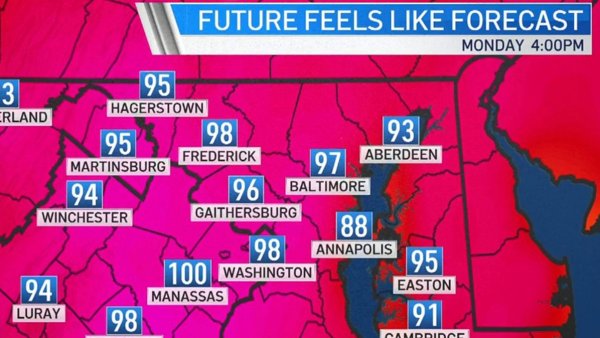 “He needs to die in prison!” Calvin Hawkins, a nephew of one of victims, said.

In May of 1993, Katrina Harris and her mother Diane Hawkins were murdered and their bodies were mutilated.

"He killed my aunt with a hunter's knife, butchered her,” Calvin Hawkins said.

Hawkins was stabbed and some of her organs were removed.

Harris was stabbed and nearly decapitated. Her heart was removed from her body.

Norman Harrell, who had had a child with Hawkins, was convicted of the crime. The child was not home at the time of the killings.

“All because he didn’t want to pay child support,” Calvin Hawkins said. At the vigil, he also urged people to end domestic violence.

Harrell was sentenced to life in prison without parole, but now he’s petitioning the court to be released because of the risk of contracting COVID-19 in prison.

"Give him Moderna, Pfizer or whatever the case may be for him to stay in,” Shaunta Jackson, daughter of one of the victims, said.

Keymeria Huggins Dorsey was just 2 years old at the time of the murders. She was in the home when it happened, and although she wasn’t physically harmed, the crime left emotional scars nonetheless.

"Things have been difficult. It's kinda hard to put it into words honestly," Dorsey said. "Thankful to still be here. I could’ve not been here.”

A hearing on the petition for early release is scheduled for May 17.