Barbara Johns was a schoolgirl who led a walkout in 1951 to protest students’ substandard segregated school facilities, leading to a landmark Supreme Court ruling

A state panel has recommended that a statue of civil rights hero Barbara Johns represent Virginia in the Statuary Hall collection at the U.S. Capitol instead of Confederate Gen. Robert E. Lee

The Commission For Historical Statues In The United States Capitol voted 6-1 Wednesday in favor of Johns over four other finalists, the Richmond Times-Dispatch reported. The General Assembly still must sign off on the commission's pick.

Johns was a 16-year-old schoolgirl who led a walkout at Farmville’s Moton High School in 1951 to protest the students’ substandard segregated school facilities. The Farmville case led to a landmark Supreme Court ruling that found officially segregated public schools unconstitutional.

Like every other state, Virginia has two representatives in the collection. The state’s other statue is of George Washington.

Virginia picked Lee, the Confederate general, for one of its statues in 1909. The eight-member commission voted earlier this year to remove his statue and recommended that it be moved to the Virginia Museum of History & Culture, which has agreed to take ownership. 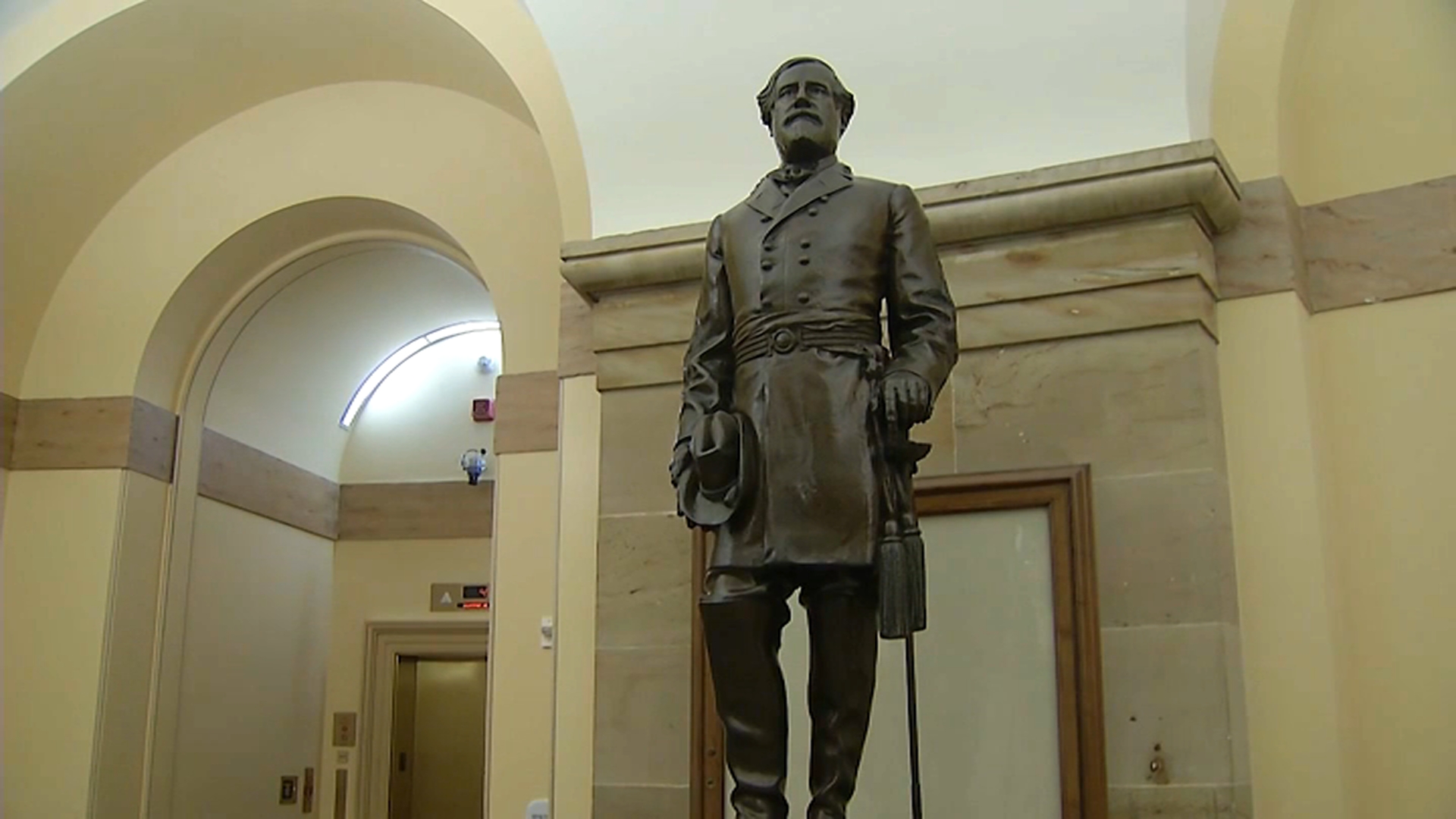 Anne Richardson, chief of the Rappahannock Tribe, cast the only vote against a statue of Johns after having spoken in favor of Pocahontas, the newspaper reported.

Johns saw inadequate facilities at her school and told a teacher, according to the Moton Museum, which honors “how Prince Edward County became the birthplace of the student-led civil rights movement.”

“Why don’t you do something about it?” the teacher told her.

Johns considered what to do for months and led her classmates in a strike on April 23, 1951. “Her idealism, planning, and persistence” gained the support of NAACP lawyers who filed a federal case, Davis v. Prince Edward. In 1954, that case became one of five cases the Supreme Court reviewed in Brown v Board of Education of Topeka, in which the court declared segregation unconstitutional.

Johns attended Spelman College in Atlanta, graduated from Drexel University in Philadelphia and became a librarian and mother of five, according to the Moton Museum. She died in 1991.