“Too many of my predecessors used this office to perpetuate injustice,” Herring said at a news conference announcing the action.

As a practical matter, the old legal opinions had been rendered moot by civil rights laws and Supreme Court cases outlawing discrimination.

“By overruling these opinions, we are making clear that these legal opinions do not reflect the Virginia of today,” Herring said. 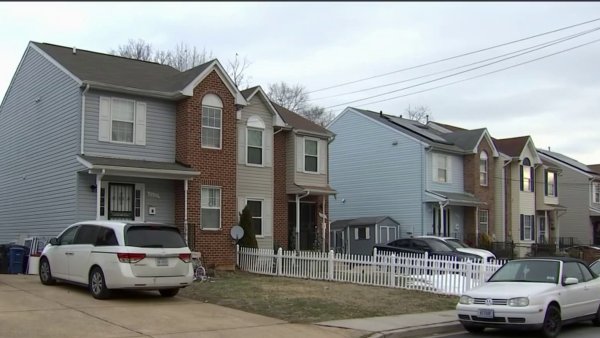 School Mural Depicts House That Was Part of Underground Railroad

Herring handed documents overturning the opinions to members of the General Assembly’s Black Caucus, who say this action still matters.

“By taking this step today, Attorney General Herring is truly closing that chapter in the history of our commonwealth,” said Sen. Mamie Locke, a senior member of the Virginia Legislative Black Caucus.

Supporters of Herring's action said it was important to formally renounce those opinions.

Herring said the review going back more than a century was a massive project “but as I saw that my time was coming to an end, I knew it was important for the commonwealth for us to get this across the finish line.”

Herring lost his reelection bid in November and will be succeeded on Saturday by Republican Jason Miyares.

The opinions that have been overturned were used to support the state's Massive Resistance campaign, in which Virginia employed a wide variety of tactics to fight off federal desegregation efforts, including shutting down public schools rather than allowing integration.

“That’s color-coded voter registration based on your race,” said

In 1956, then-Attorney General J. Lindsay Almond, who later became governor, issued an opinion on proposed legislation and how it would aid the broader effort “to save, as far as possible, the public school system from that serious impairment or destruction which mixing of the races would surely bring.”

In 1908, then-Attorney General William A. Anderson weighs in on how children of the “Mongolian or Chinese race” should be classified in Virginia's segregated school system. After explaining that the law itself provides no direct guidance, he ultimately advises that “it would be the duty of the local boards to prohibit the admission of Chinese children into any white school.”

“I suppose there can be no question but that people of the Chinese or Mongolian race are in fact colored people,” he wrote.

One opinion advised county clerks on the best ways to ensure upholding Virginia's interracial ban, which the U.S. Supreme Court overturned in the 1967 Loving v. Virginia case. In the 1920s, multiple opinions were issued to support Democratic Party rules that allowed only whites to vote in party primaries.

“These opinions, unfortunately, shaped the laws, life, and culture of the commonwealth for too long," said Barnette, who called Herring's action “an important step towards true reconciliation.”