FAQ: What to Know About the Boil Water Advisory in NW DC, Arlington

Potentially thousands of water customers across parts of Northwest D.C. and eastern Arlington County were instructed to boil their water after a water main broke in Virginia for about 48 hours.

The advisory was lifted in Arlington and Washington, D.C., on Sunday morning.

Here are answers to some frequently asked questions. 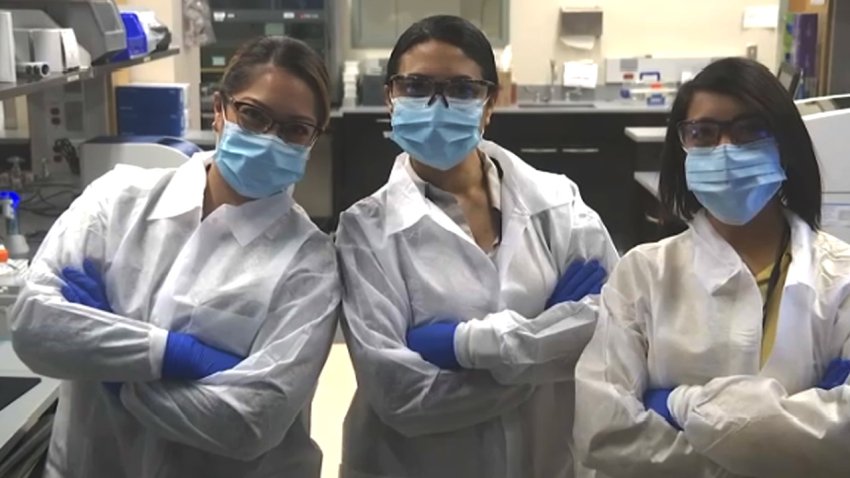 Why Is There a Boil Water Advisory?

A 36-inch water main broke in Virginia early Friday. The force of the break buckled a roadway and sucked water pressure out of the pipes connected to Dalecarlia Water Treatment Plant in Virginia.

“The problem is our water supply is all interconnected, so when the pipe broke in Arlington sometime in the middle of the night, it resulted in a drop of pressure that we experienced here at our pump in Fort Reno,” Vincent Morris of DC Water said.

The loss of water pressure that occurred after the main broke could allow bacteria into the pipes in parts of Northwest D.C. and Arlington, officials said.

How Many People Were Affected?

DC Water says 6,000 customers are affected — but since an entire apartment builidng is often counted as one customer, an exact number of people under the order is unclear.

Was My Water Contaminated?

The loss of pressure created a risk of bacteria or pathogens entering the pipes, but so far there's not evidence that the water supply was contaminated.

In Arlington and D.C., tests determined there is no contamination.

The first round of testing by DC Water was clear of contaminants. Staff will begin a second round of testing, which is expected to be complete Sunday. The advisory will be lifted if the second samples come back "all clear," DC Water said.

Where Is the Boil Water Advisory in Effect?

The boil water advisory affected residencies and businesses in parts of Northwest D.C. and eastern Arlington.

DC Water customers in a significant area of Upper Northwest, west of Rock Creek Park, were advised to boil their water until Sunday morning.

Some areas of Arlington County, Virginia, were affected. That advisory was lifted on Sunday morning.

When Will the Advisory End?

The advisory was lifted in Arlington and D.C. on Sunday morning. Tests showed all water in Arlington meets environmental standards.

A first round of sampling did not indicate any contamination, DC Water said. But the advisory has not been lifted. Second-round test results should be ready on Sunday.

The Advsiory Was Lifted for Me. Now What?

You may notice cloudiness or air pockets in your pipes. Run the water for a few minutes until it's clear, then you can safely use water for all purposes, Virginia officials say.

What Does a Boil Water Advisory Mean?

You should have boiled water for drinking, brushing teeth, feeding pets, washing fruits and vegetables, making ice or preparing coffee, tea, baby formula and other drinks — any use that could have introduced a possible contamination to your body.

Household dishwashers are generally safe to use, if the final rinse cycle temperature reaches at least 150 degrees.

If washing dishes by hand, prepare a sinkfull or bin of water with one teaspoon of unscented household bleach. Soak rinsed dishes in the mixture for one minute, then air dry before use, Arlington officials advise.

Baby bottles and nipples should be washed in boiled water.

You don't need to boil water for doing laundry, bathing or washing your hands with soap, but don't swallow any untreated water.

How Do You Treat Tap Water?

Because there's a risk of contamination, both Arlington and D.C. officials advise bringing water to rolling boil for one ot three minutes. Let it cool before use.

You can boil your water in the microwave — make sure it's at a full boil for at least one minute.

Household water filters are not an adequate substitution for boiling, because most don't remove bacteria or viruses.

What If I Drank Tap Water Without Boiling It?

There was no evidence of contaminants that would have made you sick, officials say.

If you drank the water and then experienced symptoms of gastro-intestinal illness, then see your family physician or health care provider.

Is It Safe to Eat at Restaurants?

Restaurants are required to follow the boil water order. If you visit a restaurant in the affected area, ask if servers and cooks followed these rules.