As the mayor spoke about gun violence, she was interrupted by sirens

As D.C. officials pleaded for help Wednesday morning in finding who shot and killed a 14-year-old boy, sirens blared as police responded to a fatal shooting just blocks away.

Steven Slaughter was killed Sunday night on the 1700 block of Minnesota Avenue SE, police said. He was a ninth-grader at Friendship Collegiate Academy. 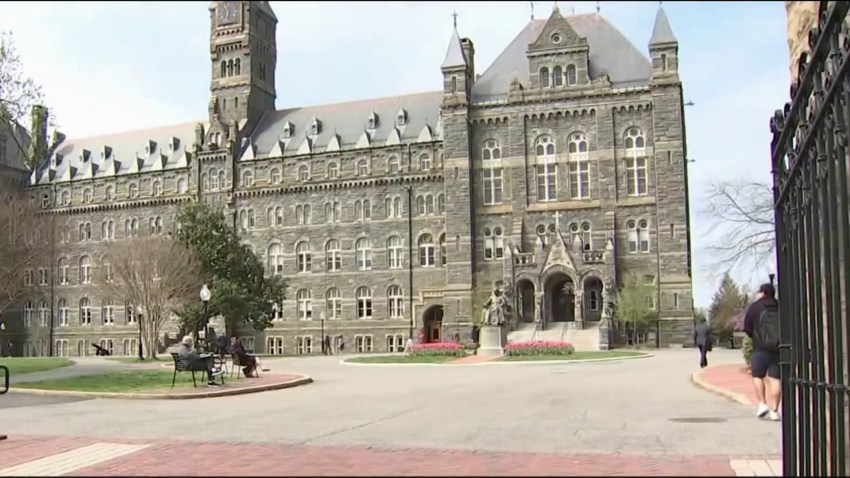 Steven Slaughter, a 14-year-old boy who was in ninth grade, died after he was shot near his home in D.C. on Sunday. News4's Pat Collins has the story.

The mayor was interrupted by sirens. Emergency vehicles could be heard responding to a shooting three blocks away from the news conference.

"We're not gonna tolerate it," Police Chief Peter Newsham said. "We're going to get to the bottom of these things. Someone will be held accountable."

On Wednesday, someone in a light-colored sedan shot four people standing outside a store on the 1500 block of U Street SE.

Jasmine Lashai Light, from Southwest D.C., was shot and taken to a hospital in serious condition. The 23-year-old later died.

Three men have non-life-threatening wounds. One of the victims showed up at a hospital after the shooting.

Bowser spoke over the sirens, decrying the gun violence that has claimed the lives of three young men this year.

"I am even more saddened by the fact that it was likely another young person at the other end of this gun," she said of Slaughter's death.

News4 spotted at least nine bullet holes on just one side of the corner store near the shooting scene.

"It's a war zone going on, and I denounce the notion that crime is down. A lot of leaders want to say crime is down," he said. "Crime is up where we at. I hear the gunshots all the time."

Overall crime rates fell in Ward 8, according to police data.

Police released surveillance video of a vehicle of interest and have asked the public to help identify it.

Slaughter was found Sunday with more than one gunshot wound just half a block from his home. He was shot as he headed home from a corner store with a friend.

Medics took him to a hospital, and he was pronounced dead.

"Frankly, we have not gotten the information we need to close this case. That is why we're here today," Newsham said Wednesday.

The police chief said witnesses have given conflicting reports about exactly what happened.

Neighbor Nandi Osaze, who heard the shots, called for an end to neighborhood violence.

"Fourteen years old? He hadn't even lived yet," she said.

Slaughter played on a Pop Warner football team and loved the sport.

"He was a good kid. He'd go to school, come home, do what he had to do, go to football practice," his uncle said through sobs. "Everyone in the neighborhood loved him."

Anyone with information on the killing of Steven Slaughter is asked to call police at 202-727-9099. To submit information anonymously, send a text message to 50411. A reward of as much as $25,000 is offered.