The death toll from the riot at the U.S. Capitol has climbed to five: A Capitol Police officer died a day after a mob of President Donald Trump’s supporters breached the building.

Washington, D.C., remains on high alert, especially around the Capitol which is now surrounded by a seven-foot fence topped with spikes that Army Secretary Ryan McCarthy said is not scalable.

Two News4 reporters were asked to step away from the fence while on assignment there, and authorities did a security sweep of the area after reporter Juliana Valencia stepped away. The Capitol grounds, where D.C.'s residents and visitors have long been able to walk freely, are closed off.

President Trump himself is facing fallout following the riot that interrupted the Electoral College vote count, including resignations from two cabinet members and more than 200 members of Congress pushing for Trump to be removed from office.

News4's Juliana Valencia had a first-hand experience showing how security is on high alert after a pro-Trump mob stormed the U.S. Capitol. 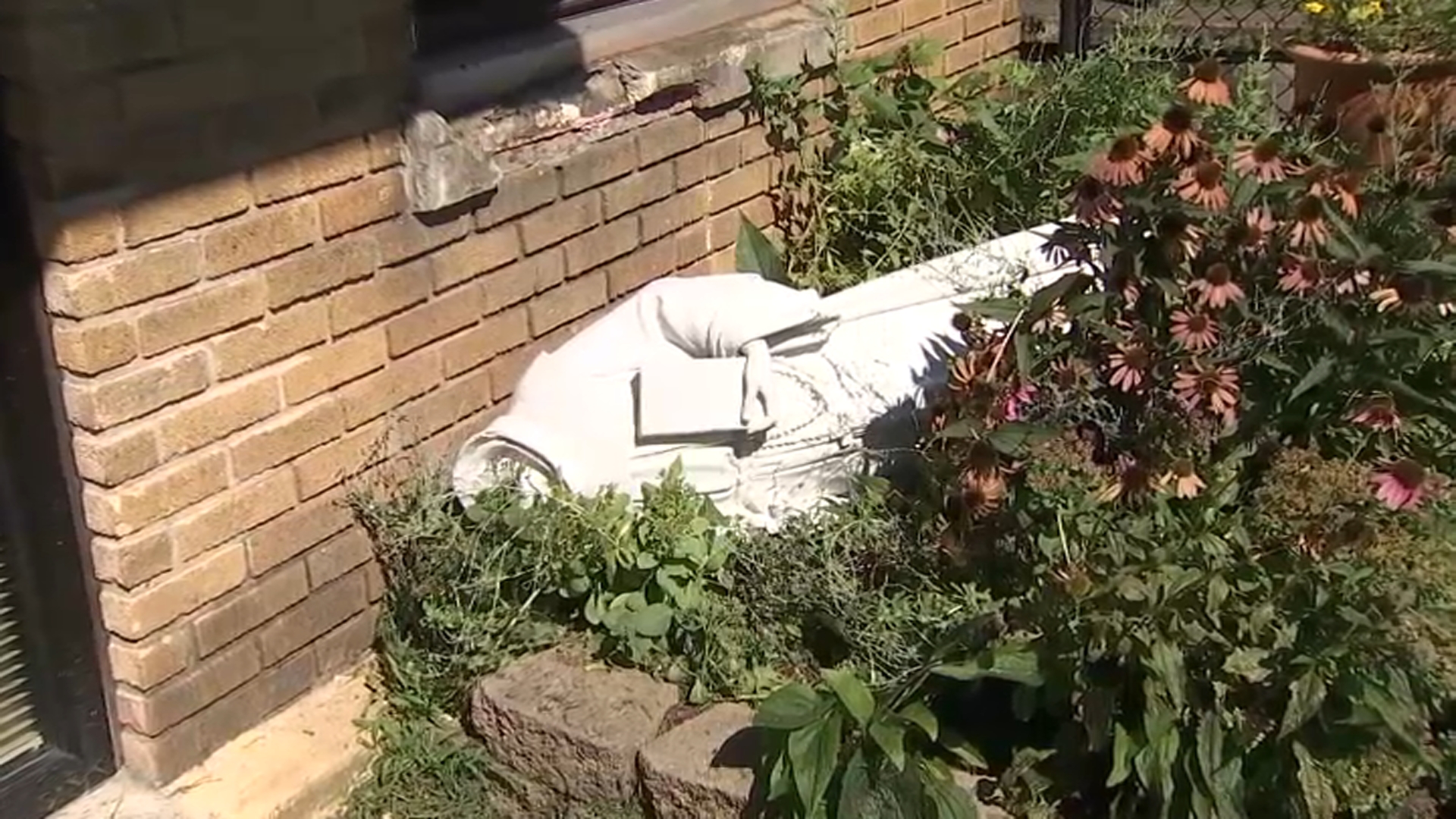 Maryland. Gov Larry Hogan was among Republicans who joined the call.

In the face of that pressure, Trump on Thursday night released a video condemning the riot as “heinous.” Trump also came close to conceding, admitting a new administration will be inaugurated Jan. 20.

Officer Brian D. Sicknick died about 9:30 p.m. Thursday, according to a Capitol Police statement. He was injured while physically engaging with rioters, then later collapsed, police said.

A woman, Ashli Babbitt, was shot and killed by a Capitol Police officer “as protesters were forcing their way toward the House Chamber where members of Congress were sheltering in place,” Capitol Police Chief Steven Sund said in a statement. The officer was placed on administrative leave and police powers were suspended pending the results of a joint investigation with D.C. police.

Babbitt was a 35-year-old Air Force veteran most recently from the San Diego area. She previously lived in the Capital area and worked at the Calvert Cliffs Nuclear Plant from 2015 to 2017, plant owner Exelon confirmed.

Babbitt’s family says she was a strong Trump supporter who repeated many of his false claims on social media.

She was in a crowd of rioters smashing windows and trying to break into a locked corridor when she was shot.

D.C. police, the FBI and other law enforcement agencies are sorting through a mass of high-quality photos from the Capitol, hoping to track down suspects.

Among the most-sought is a person wanted for questioning about the pipe bombs discovered at the headquarters of the Republican National Committee and the Democratic National Committee in D.C. on Wednesday afternoon, the agency said. The devices were safely disabled.

As the world watched the breach of the U.S. Capitol in shock, many couldn’t help but wonder why the underwhelming police response to President Trump’s rioting supporters was so different from the massive show of force seen this summer at a Washington D.C. Black Lives Matter protest following the death of George Floyd. NBCLX’s Fernando Hurtado talked to Frank Straub, an expert in critical incident responses at the National Police Foundation, for a breakdown of the police reaction to both events.

The FBI is offering a $50,000 reward for information leading to an arrest.

Several pictures were released by MPD on Thursday, and Acting Chief Robert Contee said he believes the photos — coupled with a potential reward of $1,000 per suspect — will lead to arrests.

“There’s no mistake about some of who these people are,” Contee said. “Call into your local FBI office, identify who these individuals are and let’s hold them accountable.”

The FBI's Washington Field Office has received more than 4,000 tips.

You can report any tips directly to D.C. police. You can also contact the FBI's toll-free tip line at 1-800-CALL-FBI (1-800-225-5324), or submit tips online at fbi.gov/USCapitol. You may also contact your local FBI office or the nearest American Embassy or Consulate.

Justice Department Filing Charges Against Suspects in Crimes at the Capitol

Dozens have been arrested and charged already, but more details are yet to come on some of the most serious allegations.

The Justice Department says in one case, police stopped a man with 11 Molotov cocktails and a semiautomatic weapon.

As police search for suspects, some of the people arrested at the U.S. Capitol Wednesday have already had their day in court. Late into the night, the Justice Department has been filing federal charges against others believed to be responsible for crimes at the Capitol. Scott MacFarlane has been tracking the developments.

According to an arrest warrant, a U.S. Capitol Police officer says a man who later identified himself as Mark Jefferson Leffingwell tried to push past him and other officers to get further inside the Capitol. When the officer stopped him, Leffingwell punched the officer "repeatedly with a closed fist," according to the warrant.

Yet another man in the crowd is accused of having body armor and a loaded handgun.

Eight people were accused of having illegal weapons, including some with firearms and unregistered ammunition.

News4 asked the Justice Department if they are preparing to question the president.

Their response was they had not contacted White House counsel as of Thursday night, but they answered that question saying they will look at “all actors who might’ve contributed to a crime.”