A missing 2-year-old boy that was abducted from Warren County has been found, police said.

Raequon Alan Ashby, 2, was returned to his home unharmed at approximately 11:45 a.m., according to police.

An Amber Alert was issued for the boy Thursday morning after the boy was abducted about 3:50 p.m. Wednesday. 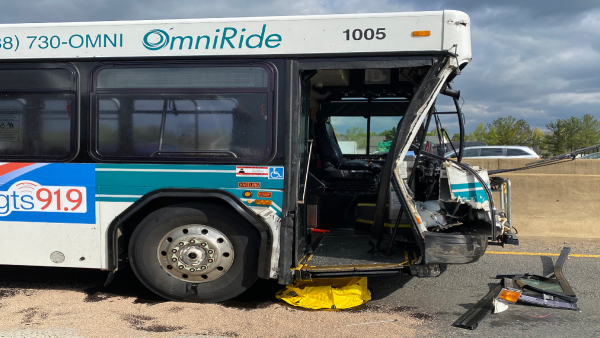 4 Hurt After Tractor-Trailer Hits Bus on I-66

Police said the boy was abducted by 21-year-old Jashar R. Ashby, who is described as a black male with brown eyes and blond dreadlocks. He is about 5"10" tall and weighs 130 pounds, police said.

Police are still looking for Jashar Raequon Ashby, who has a history of drug and alcohol abuse and violent tendencies, police said. He is currently wanted for abduction and kidnapping, assault and battery against a family or household member and grand larceny.

Police found the car that Jashar Ashby was allegedly driving abandoned at a boat ramp in Warren County. The vehicle is a Red Chrysler minivan.

Please call 911 if you have any information.

Stay with News4 for the latest developments.