The single-dose strategy for monkeypox vaccinations in the District may help slow the spread of the disease, officials say

The District is shifting its monkeypox vaccination strategy in an effort to slow the spread of the disease.

Health officials in Washington, D.C., sent notices that some appointments for a second dose of the monkeypox vaccine would be postponed so more people can deceive initial doses. Immunocompromised people are still due to receive a second shot as planned.

JYNNEOS is the only shot approved specifically to prevent monkeypox (although a second smallpox vaccine can be used), CNBC reported. It's typically administered in two doses given four weeks apart, according to the Centers for Disease Control and Prevention.

D.C. adopted the single-dose strategy because of the rapid increase of cases, plus the limited availability of the JYNNEOS vaccine, the DC Health notice said.

DC Health says New York City, the United Kingdom and Canada have used this distribution strategy for monkeypox vaccines, and the change allowed health officials to issue 5,000 additional appointments over the weekend. 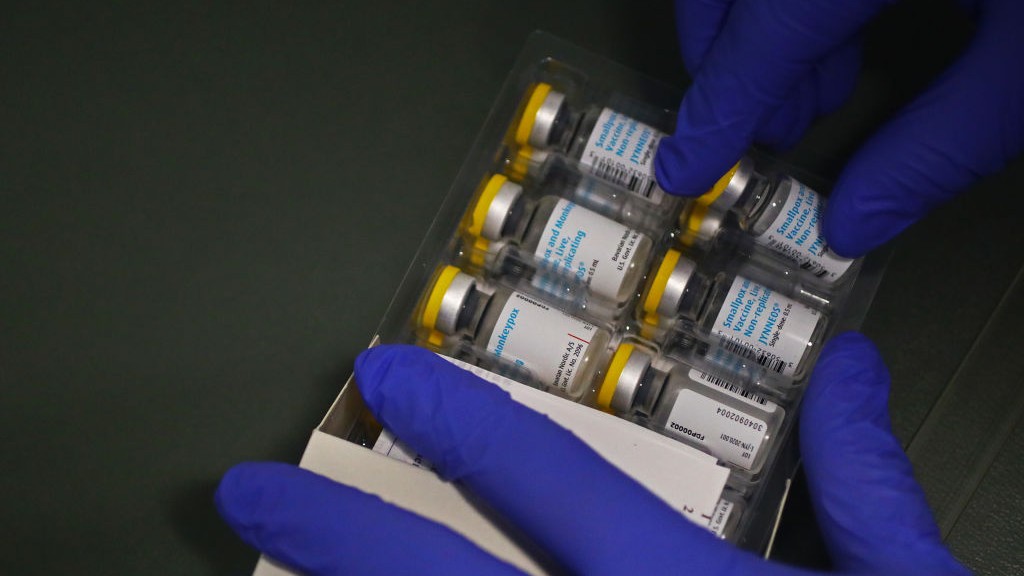 “This decision is based on the available scientific evidence that shows that a single dose of JYNNEOS provides effective protection against monkeypox for at least six months,” the DC Health notice said.

The District is confident that more doses will arrive within the next six months, a health official said at a Monday night town hall.

News4's Walter Morris reports from a townhall for some of the most high-risk residents.

Monkeypox vaccines in D.C. are currently open to residents who have had close contact with someone confirmed to have the disease; men or transgender women who have had sex with men; sex workers; and staff at establishments where sexual activity occurs.

Most known cases in D.C. so far involve gay or bisexual men, but doctors warn that the virus can affect anyone.