Why do we have allergies and what's the best way to treat them?

If you have an allergy, your immune system overreacts to a substance you inhaled, touched or ate, according to the American Academy of Allergy, Asthma and Immunology.

So, we wanted to know everything we could about allergies: What's the best way to fight them? Why do we get them? How do we differentiate allergy symptoms from COVID-19 symptoms?

When is allergy season?

"The allergy season depends on where you live in the United States," said Wasserman. "Here in Dallas, allergy season begins in late December or early January and really picks up a lot in the middle of February. Most people feel better in the hot summer months when things aren't pollinating very much. In the north, the season starts later, but the grass season lasts all through the summer because it never gets hot enough to shut down pollination."

How does someone get allergies?

"Allergies are inherited. People inherit the ability to be allergic, but they don't exactly inherit what they're allergic to," said Wasserman. "So, people who have one parent with allergies have about a 50% likelihood of developing allergies. If both parents have an allergic disease, it's about 80%."

Pollen is the material that carries the genetic material of a plant and that's how plants reproduce.

"Pollen is distributed by wind. Pollens that are distributed by wind are the things that really bother us because it carries in the air and lands in our noses and eyes and causes us problems." Click here to check the pollen count in your area.

What is hay fever?

Seasonal allergic rhinitis, commonly known as hay fever, is usually triggered by outdoor allergens such as pollen and mold spores.

"Rose fever, hay fever are, kind of, colloquial names for allergy. Hay fever is probably mostly caused by mold," said Wasserman. "Mold is another thing that people get allergic to. Mold likes to grow in moist environments like haystacks or barns, so that's the association there."

How long do allergies last?

"It depends on the patient and what is stimulating them. Under most circumstances, particularly with pollen, the same pollen is active day after day, so you may not notice that big of a difference from one day to the next during the season," Wasserman said.

What are common symptoms of allergies?

A number of different allergens are responsible for allergic reactions, according to AAAAI.

How can you tell if it's allergies or COVID-19?

"Allergy never causes fever. Allergy typically causes itchy eyes and an itchy nose. And the eye and nasal symptoms are very prominent. But there are features of COVID-19 that are not seen with allergy or at least not quickly. So, people with very severe, very prolonged allergies can have impairment of their sense of smell or taste because of swelling in their nose. But with COVID-19 the impairment of smell and taste begins very early in the infection." 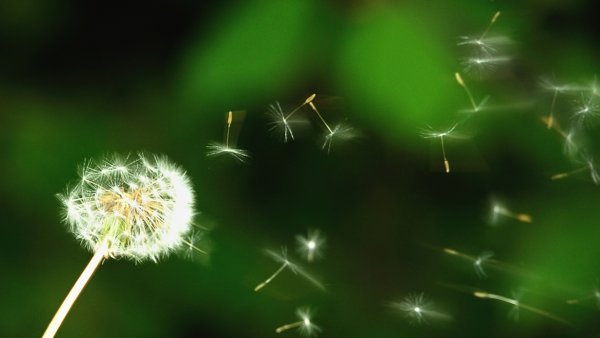 Hay Fever Or Virus? for Allergy Sufferers, a Season of Worry 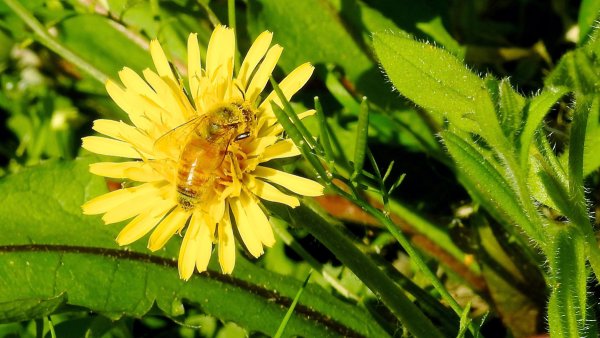 How do you get tested for allergies?

Different allergens bother different people, so your allergist will determine which test is the best for you.

"One of the simplest, fastest and least expensive allergy tests are skin tests. They take a very dilute solution of the allergic substance and just put it in the very most top layer of the skin," Wasserman said. "It's mildly uncomfortable, but the discomfort lasts just a few seconds, and then it's over. Then it takes about 20 minutes for the skin to react to the allergy test. Then you read the allergy test by judging the size of the mosquito bite-type reaction and typically that goes away in 30 to 60 minutes."

What can you do to treat your allergies?

The best thing to do for allergies is to avoid them. So if the pollen count is really high, avoiding going outside can be helpful. Medication is also helpful.

"There are a number of over-the-counter medications which are very effective for the treatment of allergies," Wasserman said. "But the best long-term management for allergy is injection therapy or allergy shots."

What's the deal with allergy shots?

Allergy shots work like a vaccine. Your body responds to injected amounts of a particular allergen, given in gradually increasing doses, by developing immunity or tolerance to the allergen. There are two phases: the build-up phase and the maintenance phase.

"There are different ways of doing it, but allergy shots comprise of build-up, which usually takes several weeks," Wasserman said. "And then maintenance which usually takes monthly injections for three to five years. Then once you've had a response and you've gone through the standard program, you stop and almost everybody stays better once you've stopped."