Virus Updates: US Sets Single-Day Record as More Than 3,000 Die of COVID-19

The United States is averaging more than 2,000 coronavirus-related deaths a day, and experts say the crisis is all but certain to get worse because of the fallout from Thanksgiving, Christmas and New Year's.

But hope is on the horizon as vaccines are expected soon.

On Tuesday, Food and Drug Administration scientists confirmed Pfizer's vaccine candidate offers strong protection against the virus. The analysis comes ahead of a Thursday meeting where the agency's independent advisers will debate if the evidence is strong enough to recommend vaccinating millions of Americans with a shot already being administered in the United Kingdom.

An NBC News tally confirmed there were 3,046 COVID-19 deaths in the U.S. on Wednesday, a single-day record.

Tensions Rise Over Masks as Virus Grips Smaller US Cities

Arguments over mask requirements and other restrictions have turned ugly in recent days as the deadly coronavirus surge across the U.S. engulfs small and medium-size cities that once seemed at a safe remove from the outbreak.

In Boise, Idaho, public health officials about to vote on a four-county mask mandate abruptly ended a meeting Tuesday evening because of fears for their safety amid anti-mask protests outside the building and at some of their homes. One health board member tearfully announced she had to rush home to be with her child because protesters were banging on her front door.

In California, Sacramento County health officials had to suspend a meeting Tuesday after more than two dozen protesters pounded on the chamber doors during a debate over whether to strengthen enforcement against businesses that violate virus restrictions.

A new report from the Centers for Disease Control and Prevention says that wearing a face mask can protect the wearer as well as others from the spread of COVID-19. The agency has previously stated that wearing masks may help prevent people who have COVID-19 from spreading the virus to others who may be nearby.

And in South Dakota, the mayor of Rapid City said City Council members were harassed and threatened over a proposed citywide mask mandate that failed this week even as intensive care units across the state filled with COVID-19 patients.

“I think that’s a sad commentary here in the middle of a global pandemic, the worst health crisis in our lifetimes, and we’re fighting over a mask,” Mayor Steve Allender said.

The tensions are flaring amid an epic surge across the U.S. in deaths, hospitalizations and infections over the past several weeks.

The second-term Democrat said a routine test on Tuesday detected the coronavirus.

“I have no symptoms and am feeling well,” Wolf said in a statement. “I am following CDC and Department of Health guidelines.”

Wolf’s spouse, Frances Wolf, has been tested but has not received the result, Wolf said. She is quarantining with him at their home in Mount Wolf, near York.

Empty shelves and crowded aisles are making a reappearance just as COVID-19 is surging again across the country. Many retailers have imposed or reimposed strict limits on some products, but experts insists there is no need to panic buy or panic clean.

Canada’s health regulator has approved Pfizer’s COVID-19 vaccine. Health Canada posted on it is website Wednesday that the vaccine made by U.S. drugmaker Pfizer and Germany’s BioNTech is authorized.

Canada is set to receive up to 249,000 doses this month and 4 million doses of the vaccine by March. The Canadian government has purchased 20 million doses of that vaccine, which requires people to receive two doses each, and it has the option to buy 56 million more. Health Canada is reviewing three other vaccine candidates, including one from Moderna.

The vaccine already has been approved by the United Kingdom and officials have said they expect U.S. approval within days.

The U.S. hit a new peak in daily COVID-19 cases Tuesday, with states reporting 222,211 infections, according to an NBC News tally.

The number of people hospitalized also reached an all time high, with 104,600 hospitalizations recorded Tuesday, according to the COVID-19 Hospitalization Tracking Project.

Some California hospitals are close to reaching their breaking point, prompting Gov. Gavin Newsom to bring in hundreds of hospital staff from outside the state and to prepare to re-start emergency hospitals that were created but barely used when the coronavirus surged last spring.

Hospitals in Kentucky, Georgia, Minnesota, Oklahoma and Texas are also feeling the strain, with systems reporting an average of at least 90% capacity in the past week.

British regulators warned Wednesday that people who have a history of serious allergic reactions shouldn’t receive the new Pfizer-BioNTech vaccine as they investigate two adverse reactions that occurred on the first day of the country’s mass vaccination program.

The U.K.’s Medical and Healthcare Products Regulatory Agency is looking into whether the reactions were linked to the vaccine. The two people affected were staff members with the National Health Service who had a history of allergies, and both are recovering. Authorities have not specified what their reactions were.

“As is common with new vaccines the MHRA have advised on a precautionary basis that people with a significant history of allergic reactions do not receive this vaccination after two people with a history of significant allergic reactions responded adversely yesterday,’’ Professor Stephen Powis, medical director for the NHS in England, said in a statement. “Both are recovering well.”

Pfizer and BioNTech said they were working with investigators “to better understand each case and its causes.''

Late-stage trials of the vaccine found “no serious safety concerns,” the companies said. More than 42,000 people have received two doses of the shot during those trials.

As the nation gets ready to start receiving vaccinations for COVID-19, it's important to understand the side effects. Here is what doctors are saying people can expect.

Travelers at one major South Florida airport will get a chance starting Wednesday to get a much sought after COVID test amid the ongoing pandemic, NBC South Florida reports.

Two tests types will be offered by an online appointment system: a Rapid Antigen test that gives results in 30 minutes and a PCR or saliva swab test with results within 48 hours.

In contrast to cruise ships, airliners have not proven to be hot beds for COVID-19 infections, and experts say it's because of unique airflow patterns on planes.

As coronavirus cases continue to rise in California, some hospitals are reaching full capacity while others are facing another issue – a shortage of staff.

Idaho public health officials abruptly ended a meeting Tuesday after the Boise mayor and chief of police said intense protests outside the health department building — as well as outside some health officials' homes — were threatening public safety.

The request from Boise Mayor Lauren McLean and the Boise Police Department came just a few minutes after one health board member, Ada County Commissioner Diana Lachiondo, tearfully interrupted the online meeting to say she had to rush home from work to be with her son. The board had been expected to vote on a four-county mask mandate in Idaho's most populated region.

“My 12-year-old son is home alone right now and there are protestors banging outside the door,” Lachiondo said.

Another board member, family physician Dr. Ted Epperly, said protests were “not under control at my house,” as well. Protesters went to at least three board members' homes, the Boise Police Department said.

Hundreds of protesters gathered at the Central District Health parking lot before and during the meeting. The protest at the health building was organized, at least in part, by a loose multi-state group called People's Rights. The group was created by Ammon Bundy, an outspoken opponent of mask mandates during the coronavirus pandemic who gained national attention and stoked the so-called “patriot movement” after leading armed standoffs at his father's Nevada ranch in 2014 and at a wildlife refuge in eastern Oregon in 2016. Members of an anti-vaccination group called Health Freedom Idaho also attended the protest. It wasn't immediately known if Bundy attended the Boise protests Tuesday evening.

Other groups are supportive of the proposed mask rule. An organization called the "Pandemic Committee” gathered supportive messages from 600 area residents, putting them on yard signs delivered to the health district building several hours before the meeting was scheduled to begin.

Haley tweeted Tuesday evening that Rhonda Lee Nelson, sister of her husband Michael, “passed the day before Thanksgiving of Covid.”

Haley said her sister-in-law “loved God, her family & all who knew her. She will be missed.”

According to an online obituary, Nelson, 53, lived in West Milton, Ohio, and died November 25. 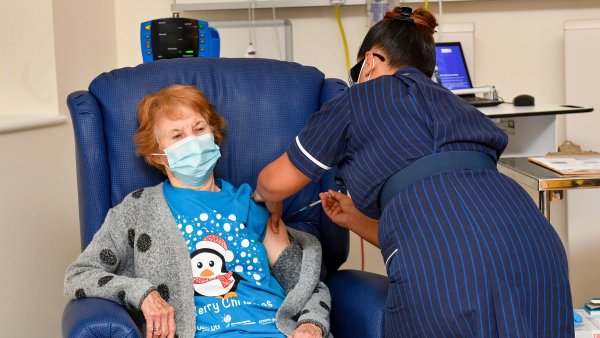 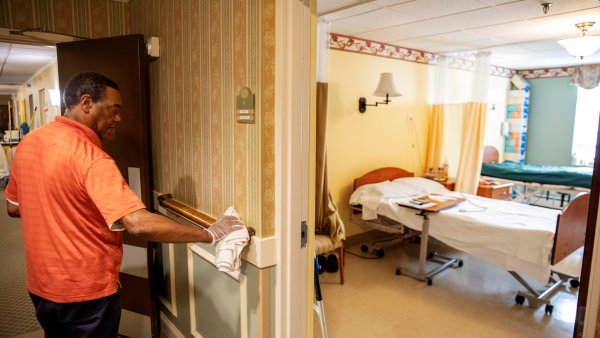 Nursing Homes Are Top Priority for COVID-19 Vaccines. But Vaccinating Everyone Won't Be Simple.