Animal rescues across the country saw a spike in adoptions and foster applications at the start of the Covid-19 pandemic. But trying to continue animal rescue efforts and adoptions has become increasingly difficult in the wake of social distancing restrictions

Nestled in the Lower East Side of Manhattan is a shop with a unique table in the window. A simple wood ledge is balanced on four big white letters that spell out the word “MEOW.”

On a typical day, New Yorkers walking the streets can spot adoptable cats sunning themselves, sprawled out on the table or napping under the “M” or inside the “O.”

These days, Meow Parlour, New York City’s first cat cafe, doesn’t house a single cat. Its doors are shuttered, like many small businesses in the city, due to the coronavirus outbreak. The cats that once resided inside have either been adopted or gone to live in foster homes. 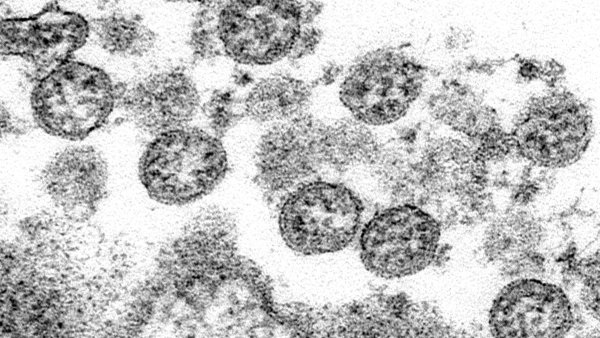 More Evidence Suggests COVID-19 Was in US by Christmas 2019

“We are basically on pause, which feels really weird,” Christina Ha, owner of Meow Parlour, said, “It looks a little bit like those horror movies where a place has been abandoned. It’s very familiar to you, but it’s not the same.”

Meow Parlour is just a piece of Ha’s small business. She is also the owner of Macaron Parlour, a patisserie that is right next door. This is where patrons of Meow Parlour can scoop up scones, muffins, cookies, croissants and macarons, of course, as well as a number of beverages.

Today, that space is closed, too.

Ha pays rent for the two different spaces, and without a steady income, paying those rents this month is going to be tough. She said she plans on applying for a loan to help deal with the financial issues she is facing and is currently supplementing her income by selling catnip toys and macarons, as well as face masks, on her company’s websites.

Meow Parlour, like other animal rescues across the country, saw a spike in adoptions and foster applications in late February and early March as people prepared for extended stays at home. Now Ha wonders if she’ll be able to reopen once the pandemic ebbs.

Even if the outbreak were to subside tomorrow, Ha said, “We don’t have enough cats to reopen and call ourselves a cat cafe.”

Americans looking for comfort during the lockdown have opened their homes to new pets and foster animals, but rescues are having a hard time meeting demand. State social distancing regulations have made it more difficult for rescues to bring in new animals, vet them and place them in foster homes or with permanent adopters. However, when the outbreak is over these rescues are going to need more help than ever.

Animal shelters started prepping for the arrival of new litters of puppies and kittens as well as abandoned animals during the coronavirus outbreak back in February, racing to empty kennels filled with healthy and adoptable dogs and cats before they are forced to resort to euthanasia.

From March 15 through the end of the month, the American Society for the Prevention of Cruelty to Animals saw more than 600 people complete online foster applications for its New York City and Los Angeles foster programs. New York City and Los Angeles have been hot spots for the Covid-19 outbreak and were among the first cities to implement restrictions on social gatherings.

Typically, around 200 applications will be submitted for fostering in the latter half of March, Matt Bershadker, ASPCA president and CEO, said. This year, the ASPCA saw a nearly 70% increase in animals going to foster care compared to the same period last year, he said.

At the DC Paws Rescue in Washington, D.C, the organization received close to 300 foster applications over a four-day period in the last week of March. Usually, it has about 60 homes that are regular fosters.

“We are so thrilled,” Kate Viar, director of DC Paws Rescue, said. “Folks who are teleworking, or out of work, think this is a good time to foster or to actually adopt and that’s great.”

The North Shore Animal League America had a population of more than 300 dogs and cats in mid-March. By the end of the month, its population fell to around 180 animals, Joanne Yohannan, senior vice president of operations, said.

In Chicago, an animal shelter said it ran out of adoptable animals for the first time ever on Tuesday.

“It’s something we’ve never thought we’d say,” Chicago Animal Care and Control (CACC) wrote in a Facebook post thanking the community. “We’re so happy to bring you this news. But, we are still scheduling intake from the public, and our officers are still rescuing animals in the field, so we’ll probably have more again in the coming days.”

However, trying to continue rescue efforts and adoptions has become increasingly difficult. More than 30 states have issued restrictions that prohibit elective surgeries and procedures including ones that take place in veterinary offices.

That means thatvaccinations and spay and neuter programs, as well as vet check-ups for non-life threatening cases have been suspended in many states over the last month. Many of these elective services were provided at a lower price for rescues than for the general public.

Rescues who pull animals from shelters are now unable to have animals cleared by a vet before taking them in and may have to pay a higher cost to get them checked through other veterinarians, if they are able to make appointments.

“I can’t ask my fosters to take in a foster [animal] that isn’t vetted,” Viar said. “We are pulling animals right now without heartworm tests and if they are found to be heartworm-positive that could be a $400 to $500 bill. Factor in medication and the treatment itself, and getting them scheduled for that treatment, that’s two to three months worth of fostering.”

Homes that already have pets in them cannot risk an unvetted animal coming in and possibly spreading an infection or disease to currently healthy pets.

Some rescues that have their own medical staff are able to continue to provide vaccines to their own animals, but are only performing operations that are medically necessary. While spaying or neutering is an important preventative measure, it’s not considered essential at this time.

If cats or dogs were seen by a vet prior to the coronavirus restrictions, some rescues have waived the requirement that the pets be spayed or neutered in order to get animals into adopted homes. Those procedures can occur once the pandemic is over. Typically, puppies are neutered between six and eight months and cats are neutered between 16 and 18 weeks. Although, sometimes veterinarians will neuter once a puppy or kitten reaches two pounds.

However, spaying and neutering isn’t just for adoptable animals. It’s also for cats that live in the community, but aren’t friendly enough to live in a home.

“This is not an ideal time to stop spaying community cats,” Sonja Lueschen, program manager at Orphan Kitten Club, a charitable organization that seeks to end the killing of neonatal kittens.

Most shelters are not able to care for young kittens, especially if they are brought into the shelter without their mother cat. Kittens that are less than four weeks oldare at a higher risk of contracting diseases. And, even if their condition is treatable, they are often euthanized because shelters don’t have the capacity to care for them.

Orphan Kitten Club advocates trap-neuter-return programs, which sterilize community cats to end the cycle of reproduction before overpopulation becomes a concern in a community. April is usually considered the start of “kitten season,” a time when many of these kittens are born, found and brought into shelters.

“This break in actively trapping will have an impact on our upcoming kitten season,” Lueschen said. ”...We do believe we can use this time to educate the public not just on fostering but TNR.”

Meow Parlour’s Ha, worries that this year’s kitten season will be overwhelming for rescues. She said animal organizations can use the heightened interest in fostering to tell people how important volunteering will be once the outbreak is over.

“We are really, really going to need you when this is over,” she said.

The inability to vet, vaccinate and spay or neuter animals also means that rescues that import animals from other states are unable to do so because many states require some form of a Certificate of Veterinary Inspection to ensure that only healthy animals are transported across state lines.

“We do get a lot of cats imported in from Kentucky,” Ha said, noting that this partnership started earlier this year and has had to be suspended due to the pandemic.

Rescues in northern states often transport dogs, in particular, from southern states like Alabama, Texas, Mississippi and Georgia. These states have overpopulation issues and not enough shelter space in their local areas to handle the number of dogs. With northern rescues unable to pull dogs from these southern locations, it is possible the euthanasia rate could go up.

However, if foster rates remain high, some of that could be mitigated. If shelters are able to place healthy and vetted animals in homes, even for just a few weeks, that would open up kennel space for new intakes.

How to help if you can’t foster or adopt

Rescues recoup the cost of vet visits, care and food through adoption fees, donations and fundraisers.

Heather Gutshall, co-founder and president of Handsome Dan’s Rescue, a Rhode Island-based rescue for pit bull-type dogs, said her rescue relies heavily on its fall and spring auctions to raise money. She said that right now she has enough supplies like food and enrichment items, but people should reach out to local shelters to ask what they need.

“You will find that shelters will ask for real, tangible things,” she said.

Still, rescues are very cognizant that for many, money is very tight right now and that a lot of organizations are looking for philanthropy to get through this crisis.

“Some people are not working and some people are working, and it’s been a very unusual situation for a lot of people,” Ha said. “But, it’s one of those things where we had to ask: can we afford to not ask for money?”