Ukraine, under a full-fledged invasion from Russia, is home to 44 million people, more than a million of whom have fled the country as refugees to escape the conflict. It's also home to a massive community of software developers who work remotely for companies all over the U.S. and Europe.

Those developers, along with other Ukrainian civilians in the country, are now being forced to defend their homes and cities while sheltering from Russian bombs. But many are still continuing to remotely work for their employers, supporting the local defense effort by day while sending in their deliverables by night.

"Yes our teams are sending deliverables from a f—ing parking garage in Kharkiv under heavy shelling and gunfire in the area. Amazing humans," Logan Bender, chief financial officer at a San Francisco-based software licensing company, said in a story posted to Instagram on Tuesday by venture capital meme account PrayingforExits.

"We of course told them all deliverables are off the table. Nothing of you expected other than to let us know how we can help other than wiring money and getting their visa process going," he said. Bender has been working to get a defense service to extract his employees from the conflict zone under armed guards.

There were 200,000 Ukrainian developers in the country in 2020, according to Amsterdam-based software development outsourcing company Daxx, which says that 20% of Fortune 500 companies have their remote development teams in Ukraine. 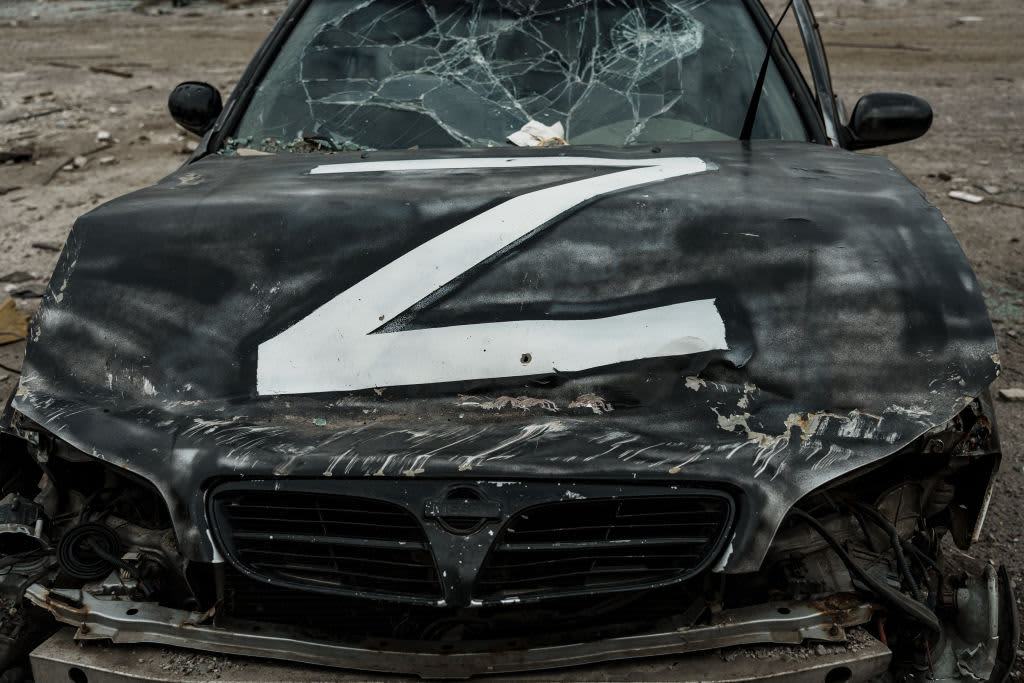 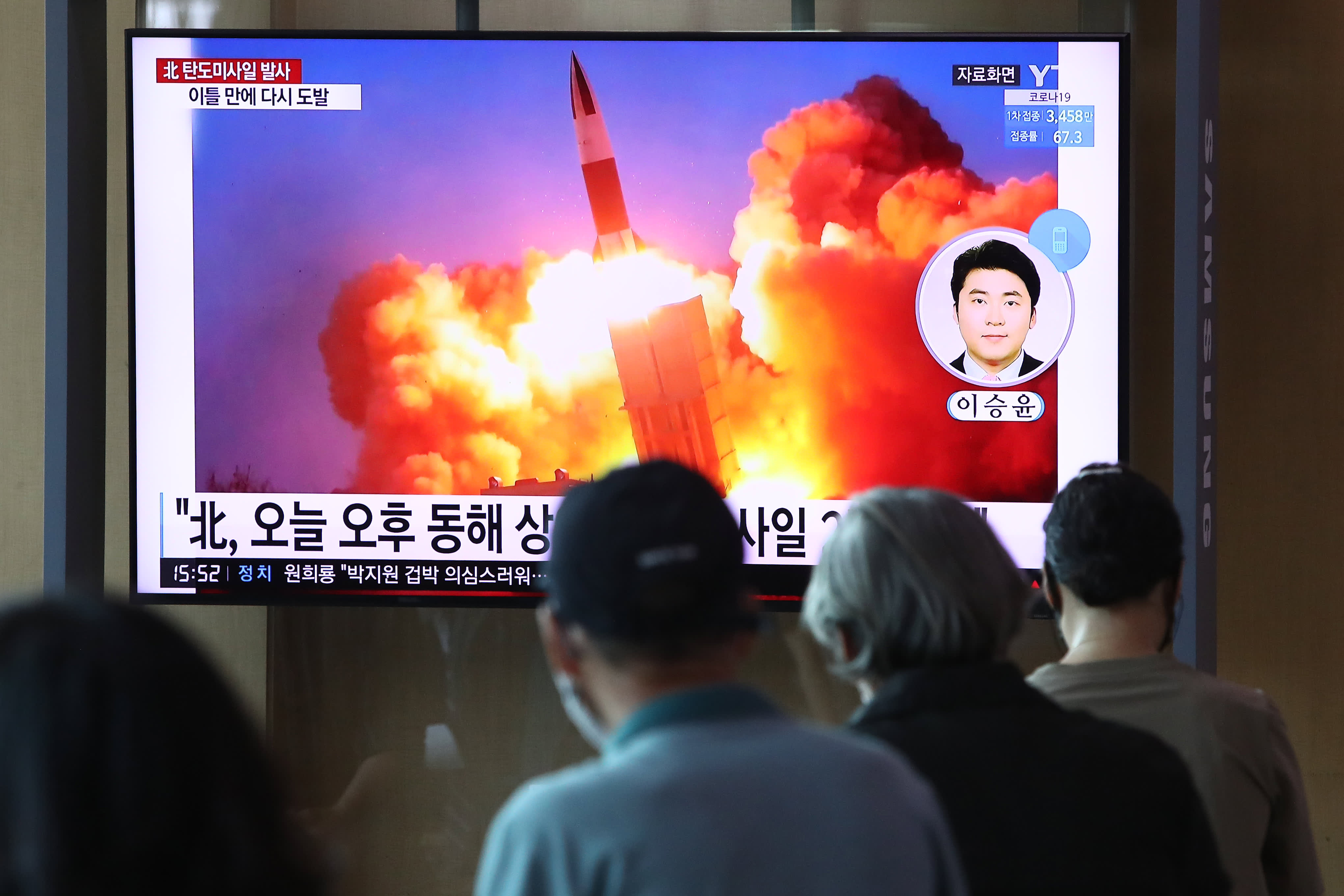 Ukraine's second-largest city Kharkiv and its capital Kyiv have been under heavy bombardment for days, with government facilities, residential buildings and public areas aflame or reduced to rubble, despite Russia's claims to only be targeting military infrastructure.

Russian President Vladimir Putin on Feb. 24 declared his forces would engage in a "special military operation" to "demilitarize" Ukraine, which he claims is not a legitimate state, despite it being an independent country for 30 years.

'These people are their own armed guards'

As major cities across Ukraine endure devastating attacks that have seen buildings reduced to rubble, company leaders in the U.S. and Europe have expressed awe at their Ukraine-based staff.

"Our lead front-end developer fled to Lviv to his parents' rural house 40km outside the city and is still submitting pull requests," Eric Hovagim, CEO and founder of Los Angeles-based betting platform Pogbet, told CNBC. "He's returning to Lviv tomorrow morning to continue his work while helping with the fight."

"These Ukrainians are built different," Hovagim said. "No armed guard extraction necessary. These people are their own armed guards."

One Ukrainian developer, who requested anonymity for professional reasons, described how hard it was to keep working amidst war.

"It is very difficult to focus on work when such things happen in your country," the developer said, adding that he was thankful to his employer for understanding his situation.

"I want to say thank you to everybody who is interested in my country and who worries about it," he added.

"We are fighting for our rights for the future and would appreciate support of any kind: medical aid, food, equipment for the army and volunteers, or just pleasant words of support."

Ukrainians in IT-related fields are also deploying their skills for the fight at home. Employees at a local digital marketing agency in Kyiv are helping carry out cyberattacks against Russian entities in collaboration with Ukraine's Ministry of Digital Transformation. A local Telegram channel dedicated to crowd-sourcing programmers to carry out cyberattacks against Russia has nearly a million subscribers.

The U.S. and several European countries are sending weapons and defensive equipment to Ukraine. But amid fears of escalation with Russia, a nuclear power, NATO members have made clear they will not send troops to help with the fight. Ukraine's government is seeking a no-fly zone from NATO, which so far does not look likely. As it's not a member of NATO, Ukraine — outmanned and outgunned by Russia — is essentially on its own.

Still, military analysts are surprised at the extent to which Ukrainians fighting on their own have slowed the Russian offensive. But as Russian forces intensify their bombardment of the country, firing missiles and dropping bombs on both military and civilian targets, many fear that far worse is yet to come.

Alexandru Asimionese, co-founder of Moldova-based software developer Labs42, described one of his freelance designers based in the northwestern Ukrainian city of Lutsk.

"In the morning goes to buy high-protein snacks to deliver to the local army. Late night, sends logo ideas. Always paid in crypto (via) Binance," he said. Another start-up manager said that his Ukrainian girlfriend was returning to Ukraine from overseas to fight, and plans to continue working for her tech company while not fighting invaders.

Ukrainian-American Daniel Berezovsky is co-founder of Florida-based app sMiles. "Our Kyiv-based dev helps regular people and the army during the day and tries to still finish work after," he recounted.

"Another friends' company with an office in Kharkiv has developers who picked up rifles and joined the city's defense, while they evacuated their wives and kids closer to [the western Ukrainian city of] Lviv."

"Similar stories all over Ukraine," Berezovsky said. "Heroism on all fronts."