U.S. officials say they are still trying to determine exactly what's happening, but numerous reports say there's potentially one hijacked ship in the Gulf of Oman and the status of several others is unclear.

The situation occurred as tensions between the West and Iran have been rising, and as the U.S. and other world powers have been trying to reach a new deal with Iran over its nuclear program.

At a briefing, U.S. State Department spokesman Ned Price said: "We are aware of the reports of a maritime incident in the Gulf of Oman. We are concerned. We are looking into it." 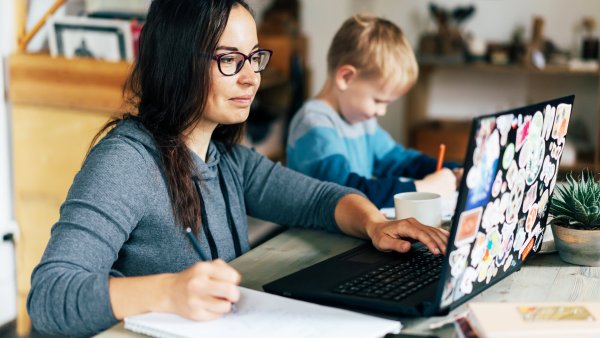 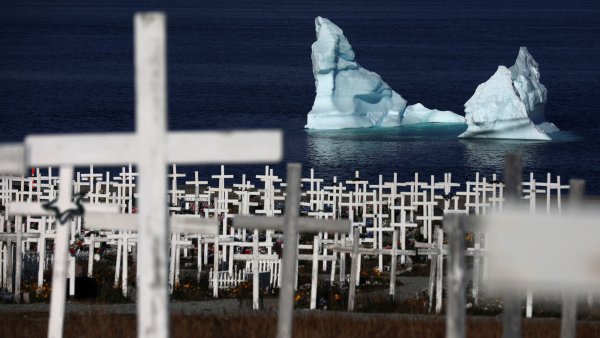 Price said this was part of a disturbing pattern of belligerent behavior from Iran "including belligerents in the maritime domain."

Price was referring to what military experts call a drone attack against a ship last week that killed a British crew member and a Romanian crew member aboard the ship Mercer Street.

Other U.S. officials say the situation is moving quickly, but it appears armed Iranian gunmen had boarded the seized tanker.

The incident has not moved oil prices, yet anyway. West Texas Intermediate crude futures for September settled down nearly 1% at $70.50 per barrel but they were off the lows of the day after the reports.

Lloyds List reported that the Panamanian flagged Asphalt Princess was the ship that was reportedly seized by armed men. The British Navy earlier Tuesday had warned of a "potential hijack" in the Gulf of Oman, and the British military's United Kingdom Maritime Trade Operations warned ship operators that "an incident is currently underway" off of Fujairah, United Arab Emirates, according to news reports.

The Associated Press had reported that at least four ships off the coast of the UAE broadcast warnings Tuesday that they had lost the control of their steering. The four vessels were identified as Queen Ematha, the Golden Brilliant, Jag Poofa and Abyss, according to the AP, citing MarineTraffic.com.

Helima Croft, a former CIA analyst who heads global commodities strategy for RBC, said the activity is alarming and it appears to have been some sort of action that involves the Islamic Revolutionary Guard. The IRGC is a powerful military force that Iran wields separately from the standard Iranian armed forces and it reports directly to the ayatollah.

"It is alarming given the fact we had two fatalities on Friday," she said. "You have to put it in the context of Iran continuing to make progress on the nuclear restart against the backdrop of a new hard-line government coming to power in Tehran. It raises the risk of unintended escalation, or one side not appreciating the other's red lines."

This is all happening amid stalled nuclear talks between Iran and major international powers. At the same time, Iran has an incoming hard-line president in Ebrahim Raisi. In the past several days he's increased the rhetoric against the United States calling the U.S. "tyrannical."

"We will not tie the economy to the will of foreigners," Raisi said.

Croft said the best window for Washington to get a deal done with Iran has probably passed, now that a new government is in place.

"The fact we are now dealing with a different negotiating team in and of itself would signal the process would be more protracted," she said. "If you add the maritime security incidents ... that makes it a much bigger hill to climb to get back into the deal."

Croft said Iran may be using a hard-line stance to try to push Washington into a deal. "The Iranians may be calculating if you raise the temperature enough, Washington will fold because Washington does not want a military operation in the Middle East," she said.

Croft said the market is singularly focused on the potential of a renewed economic slowdown and drop off in oil demand due to the breakout of the delta variant of Covid.

The escalation of tensions makes it less likely a deal will be struck soon, meaning Iran's oil will not be back on the market. But if the tensions escalate and the activity disrupts the oil market that would impact prices.

"If we see real signs of a disruption in production or delivery the market will move very quickly," she said.

Alireza Nader, a senior fellow at Foundation for Defense of Democracies, said the Iranian attacks on international shipping shows the policies of the Biden administration aren't working.

"The U.S. obsession with keeping the nuclear agreement alive at all costs incentivizes the regime in Iran to take more aggressive actions against US interests without fear of punishment," Nader said in an interview with CNBC on Tuesday.

Despite an increase in tensions, Again Capital's John Kilduff, who watches the oil market closely, said "there's not enough here yet for me to be convinced, the market isn't getting excited yet."

Kilduff does believe however "the Islamic Revolutionary Guard is clearly ascendant and they have a lot of power to cause a lot of disruption."