Tanya and Tim Brosnan found their dream home in  Fredericksburg, Virginia, last fall, but once they moved in, they realized they couldn’t log in. Their home has no access to broadband.

“Honestly, I never even thought that would be a question I would need to ask,” Tanya Brosnan said. "It's 2020. How can I not get internet?”

Their home has no cable lines, no satellite access and no high-speed internet. They make due with hot spots and a router to boost the signal. But it doesn’t reach throughout the house, and Brosnan says it’s painfully slow. 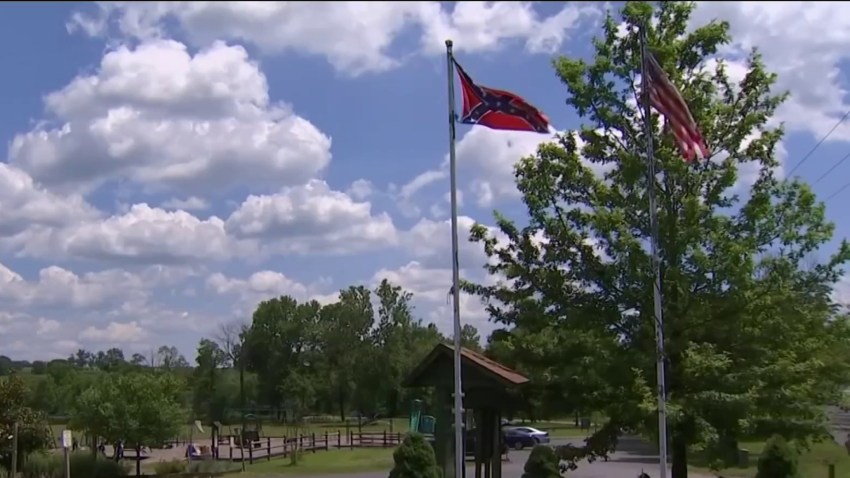 “Say, I'm doing homework or the kids are doing homework on the internet through the hot spot, you have to be right next to it," she said. "And there's still a lag time; things won't load."

When Comcast, the parent company of News4, installed the cable lines and internet access in the Brosnans' part of Stafford County, they went down  Richland Road but skipped the family's neighborhood, Walden Ten. A Comcast estimate said it would cost the nine homeowners who live there $120,278 to have it installed.

“That was kind of sticker shock,” Brosnan said.

It’s no longer shocking to Del. Mark Sickles (D-Alexandria), who has worked to fund grant programs to help Virginians connect to high-speed internet.

"It should be available to everybody,” Sickles said.

But roughly a million people in Virginia and Maryland don’t have high-speed access. Stafford County just won a state grant for nearly $875,000, but the Brosnans' neighborhood isn’t part of it.

“We're going to do the projects that make the most sense first and then move over time to the ones that are harder and more expensive,” Sickles said.

A Stafford County government spokesperson said because so much of the county, an estimated 94%, does have a high-speed connection, the places that don’t are deemed ineligible for billions of dollars in federal infrastructure grants designed to help broadband providers connect rural America.

The companies have to be willing to install the service, and a grant to subsidize the expansion is the most common way to increase the financial feasibility. A  Comcast spokesperson told the I-Team there are just some areas with too few homes to warrant expanding service.

“They're not going to put in infrastructure that doesn't make sense for them, that they can't make a profit on,” Sickles said.

U.S. Sen. Chris Van Hollen (D-Md.) recently introduced a bill to address what he calls the "homework gap." He plans to redirect between $2 billion and $4 billion of money from the Federal Communication Comission's auction for the 5G spectrum to provide hot spots, computers and other technology to students in need immediately.

“It is definitely a high-priority issue,” Van Hollen said. "It's part of modern life.”

He says an estimated 18% of students around the country have no access to internet and 17% don’t have a home computer. There are several programs to help low-income residents who can't afford service where it is available.

“If you don't have access to the internet today to do your homework, you are going to be falling behind,” Van  Hollen said.

That may never be more critical than in the coming weeks as local school districts close schools and begin to teach classes solely online.

“I think that coronavirus is going to probably even throw a couple of logs on that fire to make it even more necessary,” Sickles said.

In light of the current crisis, many of the major telecommunications companies have suspended internet data caps, increased speeds and are giving out technology to help those now depending on working and learning from home.

Last week, the Brosnans got an email from their school district asking if their children have broadband access because Stafford County will begin online learning when students return from spring break. A school district spokesperson told the I-Team the superintendent would have a plan for how to teach students without broadband access by March 23.

“We are definitely concerned about the education portion of it,” Brosnan said, adding that she's worried her children will fall behind if they can't watch their lessons. The family does not have cable service available either.

The coronavirus has also drastically increased the number of teleworkers who need to connect to their office.

Patients in rural areas could also use telemedicine to reach their doctors a great distance away or to ease the demand on hospitals for patients who are not gravely ill.

“You have medical centers who really need super-high-speed broadband connections to do a lot of their work and certainly telemedicine,” Van Hollen said.

Brosnan said it's crazy that she can see several houses that do have broadband service right from her kitchen window.

“It's a way of life," she said. "It's how everyone works nowadays.”

So close, and yet, a world away.